Fed minutes show FOMC increasingly focused on low inflation. With unemployment at a 50-year low and most fundamentals of the US economy looking solid, many FOMC members pointed to persistently low inflation as the rationale for the second “insurance” rate cut last month. Otherwise, FOMC members seemed to disagree on the number of insurance cuts needed this cycle, but generally agreed that the outlook for the US economy had deteriorated since the prior Fed meeting in June. Current Fed funds futures imply a 82% likelihood of another rate cut in a few weeks’ time- those odds having drifted steadily higher since the September meeting.

Consumer prices rise less than expected, becoming the latest inflation measure to disappoint. Purchasers prices and surveyed measures of inflation have drifted lower recently, the latest headline CPI figure showing an annual inflation rate of 1.7% (forecasts had called for a 1.8% increase).  Core CPI, which excludes food and energy, gained at annual rate of 2.4%- which matched forecasts. While not an extremely weak figure, inflation would have likely needed to surprise to the upside in order for the Fed to hold off on another insurance rate cut later this month. 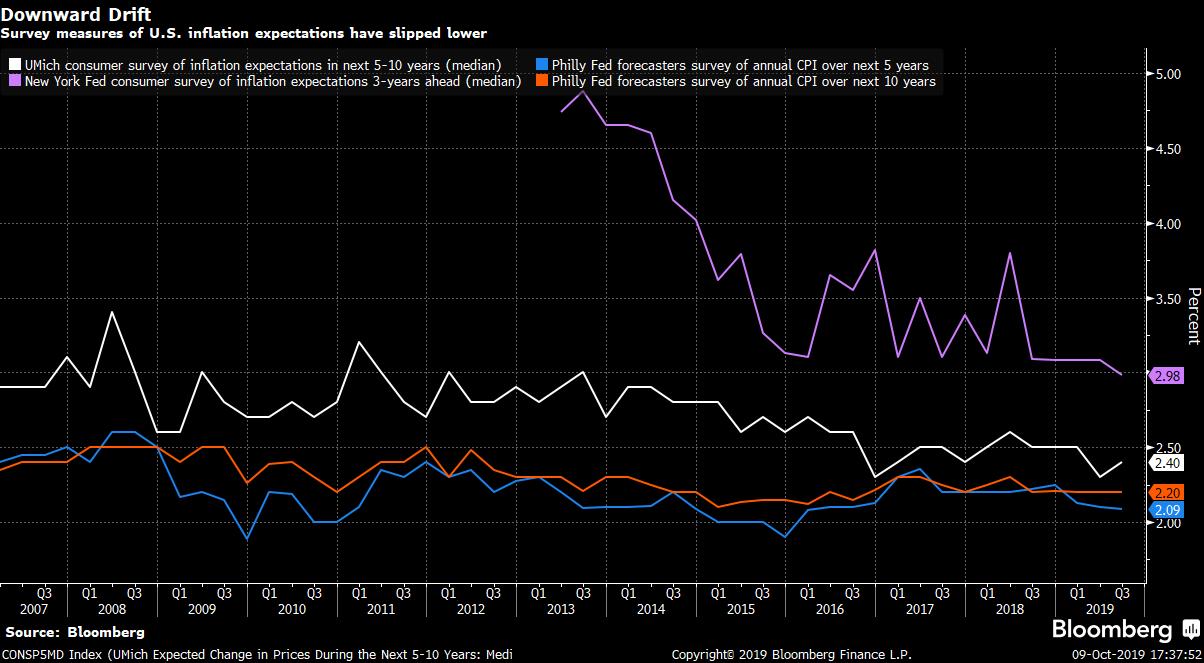 Global stocks bounce around as long-anticipated trade meeting set to begin. US and China are finally set to reconvene for the first face to face meeting between US and China trade officials since July. Equities and rates have swung wildly at any headline on trade, and markets will be waiting for bated breath for any announcement of a deal. A deal reached at this point is most likely going to be a partial one- China having signaled their willingness to come to a partial agreement if the US agrees not to impose new tariffs. Treasury yields and swap rates are higher by about 1-3 basis points while US equity futures are slightly lower. 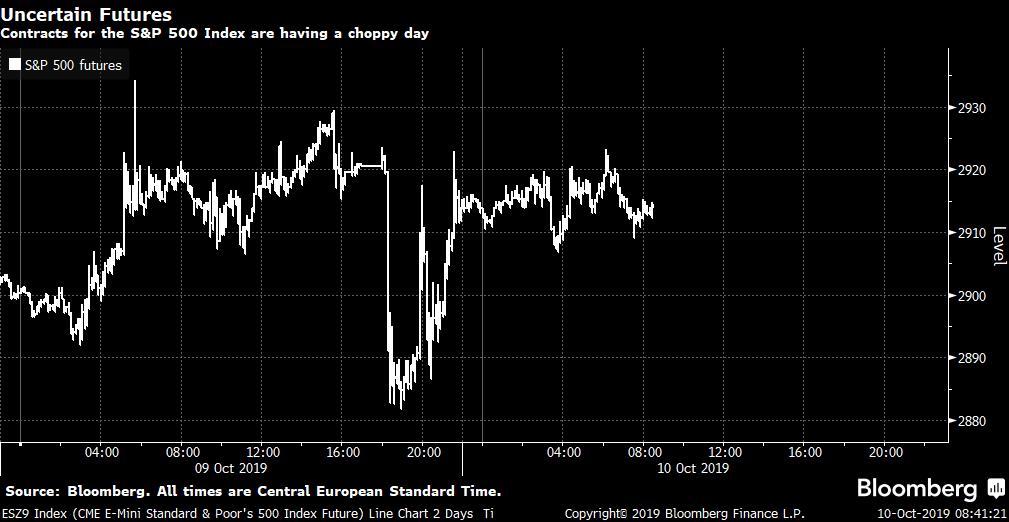