China and US appear to agree to phased tariff rollback, sending risk assets higher once more. The rollback is the first step in what financial markets now hope is a gradual de-escalation of the trade war—though a final trade deal of substance appears quite a ways off. Equities rose in Asia as a result- the Hang Seng rising 0.57% on the day, the S&P 500 also opening higher by 0.07%. Treasury yields and swap rates are higher by 4-7 basis points amid the risk-on move, the 10-year Treasury yield climbing near 1.89%. 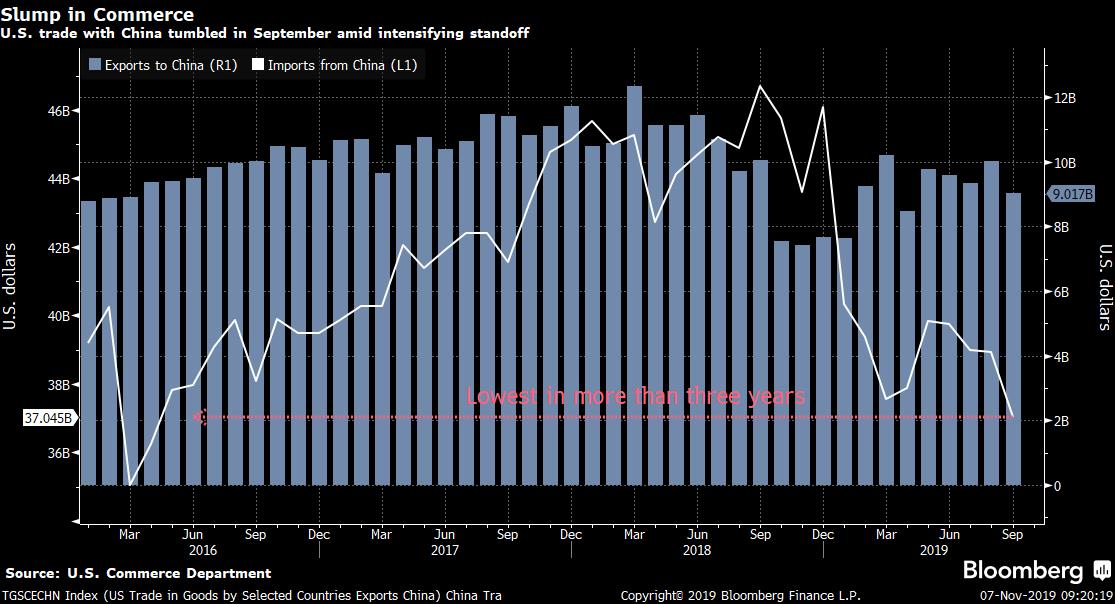 Bank of England leaves rates unchanged, but two members surprise by dissenting in favor of a rate cut. The two dissenting members caught the market somewhat off guard, as did BOE Governor Mark Carney’s remarks that he sees “entrenched uncertainties” skewing risks to the downside for the UK economy. That downside likely includes a potential trade conflict between the US and EU- a risk that has largely gone underappreciated as markets have focused largely on trade negotiations between the US and China. Yields on UK government bonds or “Gilts” are marginally higher to start the day, rising to 0.74%. 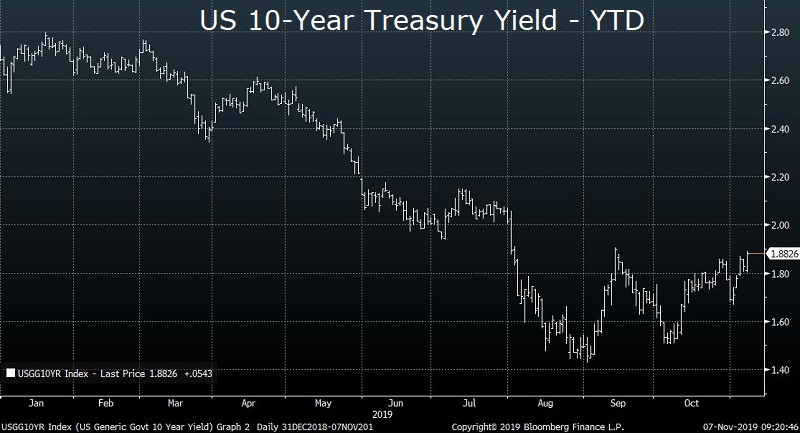 Day ahead. Initial jobless claims from this morning came in slightly lower than expected, continuing claims in turn surprising marginally to the upside. Fed officials Robert Kaplan (Dallas Fed President) and Raphael Bostic (Atlanta Fed President) will both speak at 1:00 and 7:00 ET respectively.