Swap rates and Treasury yields continue to climb. Swap rates and Treasury yields climbed across the curve yesterday, the 10-year Treasury yield climbing all the way to 1.86%. Amid the sell-off in Treasurys, the yield curve has also steepened significantly- the spread between 2-year and 10-year yields widening out to nearly 23 basis points. At least a few members of the Fed have taken it as a sign of a job well done- Dallas Fed President Robert Kaplan remarking that the steepening “reinforces that we’ve probably got an appropriate setting of the Fed funds rate now.” Looking ahead, Fed Funds futures now don’t imply any rate action (cut or hike) through mid-2020. 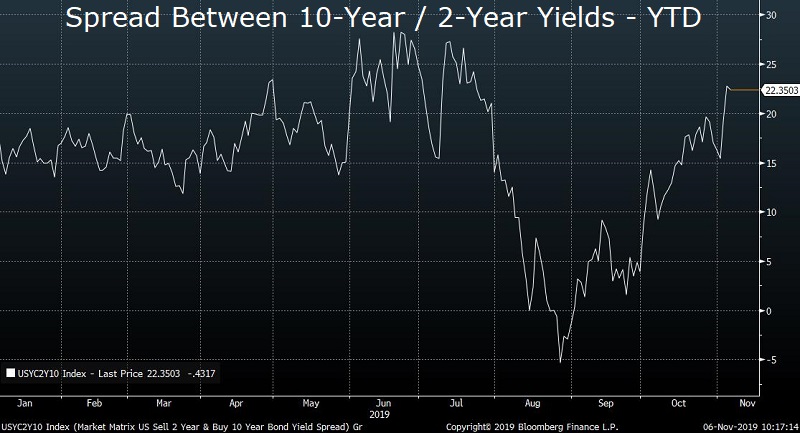 Stocks hit records once again. The Dow Jones Industrial Average and the Nasdaq Composite hit new records yesterday (the Dow notching its 6th record of the year), while the S&P 500 slipped slightly to close down 0.12%. In a sign of how sentiment has shifted, short-VIX positioning (bets that will pay off if already low volatility falls further) has hit record levels. All the positive sentiment comes as the US and China seem to be headed towards the signing of a “phase one” trade deal that will in theory pave the way towards a trade deal of greater substance. This morning stocks are drifting higher amid mixed earnings- the major item of note being a nearly $6.5 billion loss booked by SoftBank amid WeWork’s failed IPO. 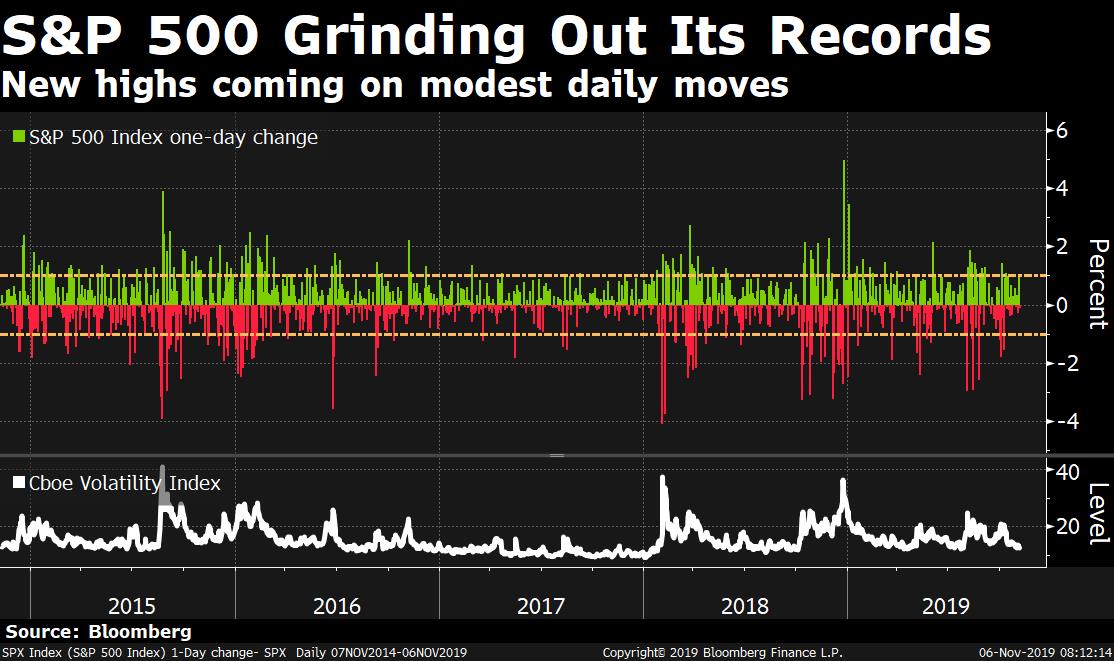 Day ahead. US labor productivity unexpectedly dipped for the first time since 2015, while unit labor costs ticked slightly higher. Rates are marginally lower as a result. The rest of the day is light on economic data, but Fed officials Patrick Harker and John Williams will both speak later in the day.