Optimism around “phase one” deal helps rates rise across the curve, offsetting some of Tuesday’s rally. The news that the US and China are continuing to progress in talks around a phase one trade deal was enough to help rates climb 4-6 basis points across the curve. The 10-year Treasury yield would ultimately rise to 1.77%, offsetting a portion of Tuesday’s significant rally which saw yields/swap rates drop 10+ basis points. Trade will undoubtedly remain in focus as we approach the next series of US tariffs on December 15th. 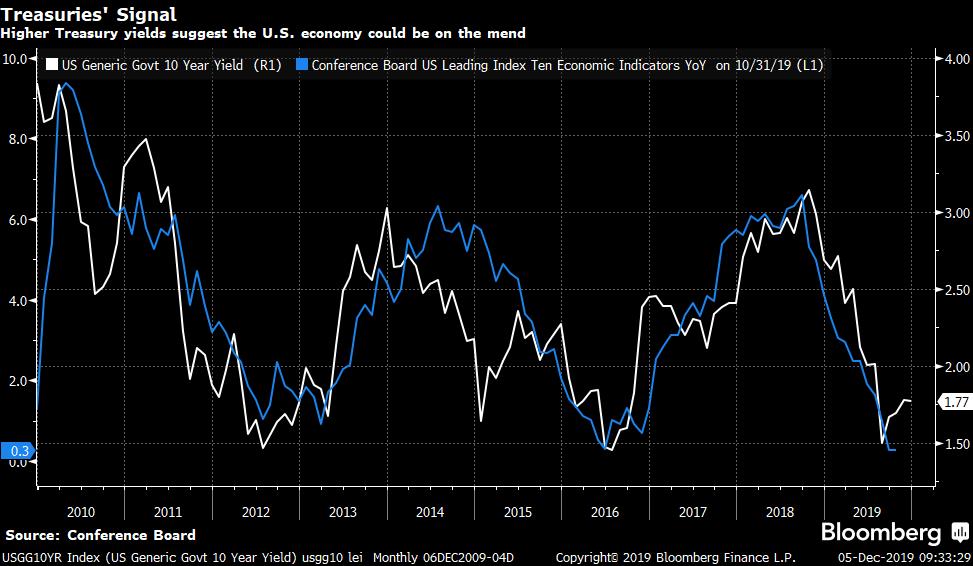 Jobless claims fall to lowest level since April, signaling strength in labor market ahead of tomorrow’s jobs report. Jobless claims this week fell by 10,000 to 203,000- near the lowest level in 50 years. The report helps buoy optimism in markets- particularly after yesterday’s surprisingly weak private payrolls number. 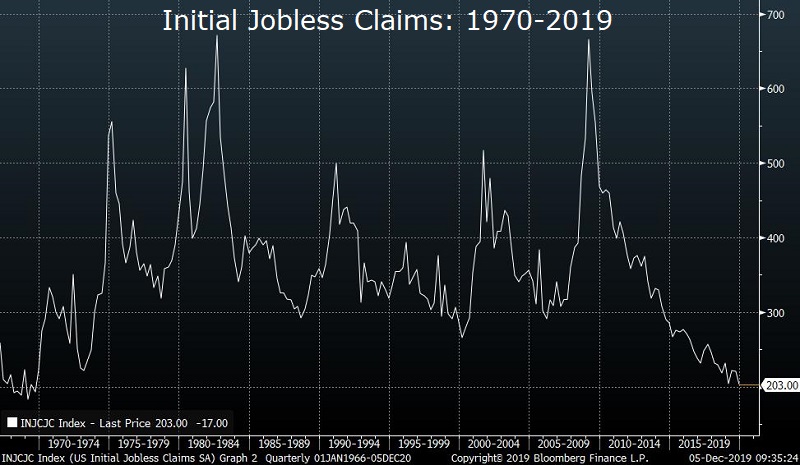 Day ahead. Randal Quarles will speak at the Fed at 10 AM ET. Today, OPEC will meet to solidify output levels for the upcoming year, possibly confirming the continued cuts in production. Tomorrow, the jobs report will be released, and stronger growth is the expectation for November nonfarm payrolls.