Stocks and rates rebound after sharp decline yesterday. President Trump’s comments at Tuesday’s NATO summit sent rates and stocks tumbling as markets weighed the prospect of a multi-front trade war. The 10-year Treasury yield would ultimately fall 10+ basis points, swap rates following suit across the curve. Markets remain highly sensitive to any news on trade, and an update this morning that the US and China are close to a “phase one” deal was enough to breathe new life into risk assets. Yields are back higher by 2-4 basis points across the curve, while futures point to a higher open. 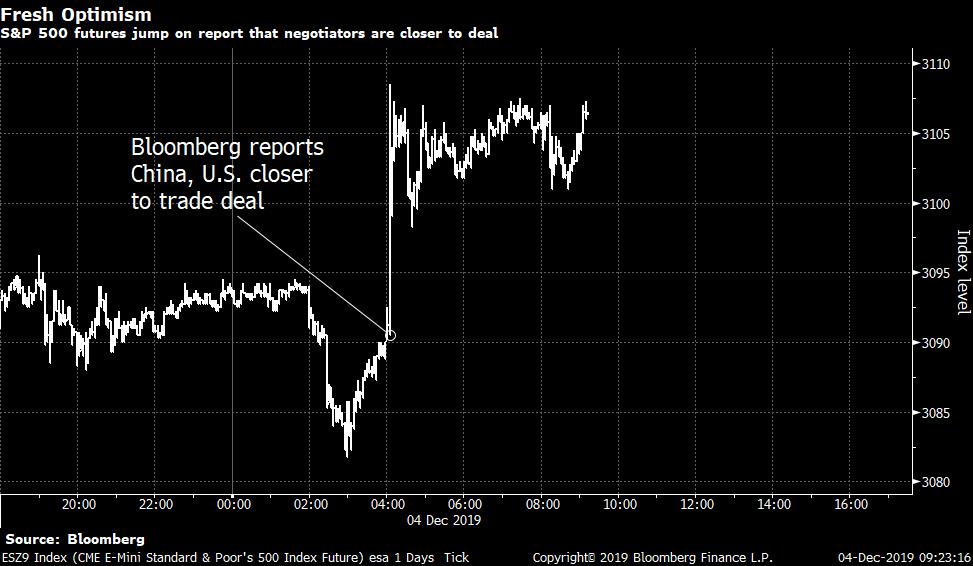 ADP Report shows US employers adding fewest jobs in six months. The ADP report showed companies only added 67,000 employees (vs estimates for 135,000) in the month of November. October’s number was also revised lower to 121,000 (125,000 initial). The ADP report is typically a precursor to the Labor Department’s more closely watched jobs report that comes out this Friday. 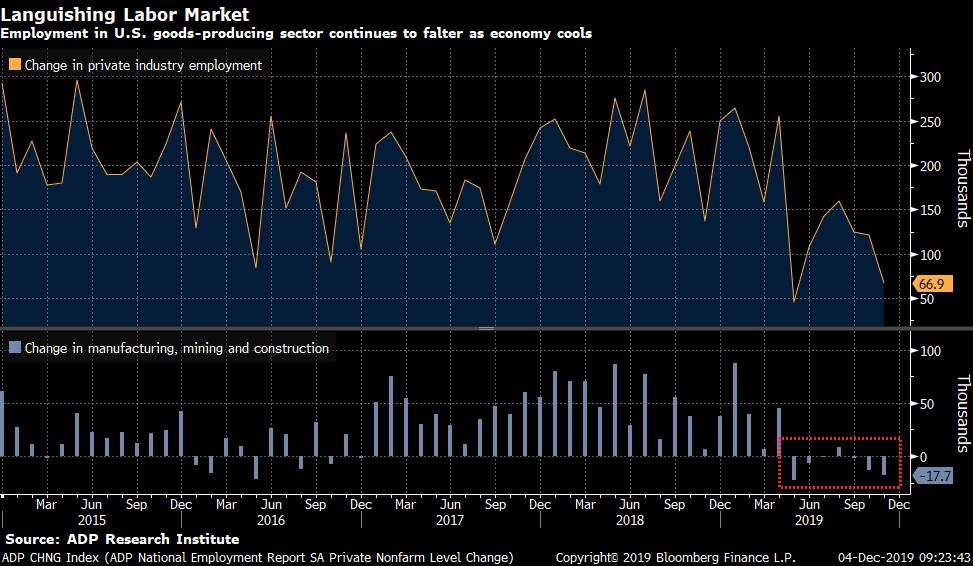 Day ahead. November’s services PMI will come out at 9:45am ET, followed closely by the ISM non-manufacturing index release at 10:00am. Canada’s central bank will also make a rate decision at that time, markets expecting them to leave rates unchanged. Randy Quarles, the Fed’s Vice Chair for Supervision will testify before Congress later in the day.