Return of Tariff Man. One day after instituting new steel and aluminum tariffs on Brazil and Argentina, President Trump lashed out against France by threatening to widen its punitive tariffs on French champagne and other luxury goods. The move heightens interest in President Trump and French President Emanuel Macron’s press conference today at the NATO summit (particularly after Trump called Macron “disrespectful” in comments yesterday). Markets will be watching closely to see if the latest threat is mere sabre rattling or the start of a fresh trade war with the European Union. The sudden increase in trade tensions has market participants concerned about a potential repeat of December 2018.  Last December the S&P 500 fell over 10% as the US and China kicked off what has since become a protracted trade conflict. The S&P 500 is down 1.11% to start the day after falling 0.86% yesterday. 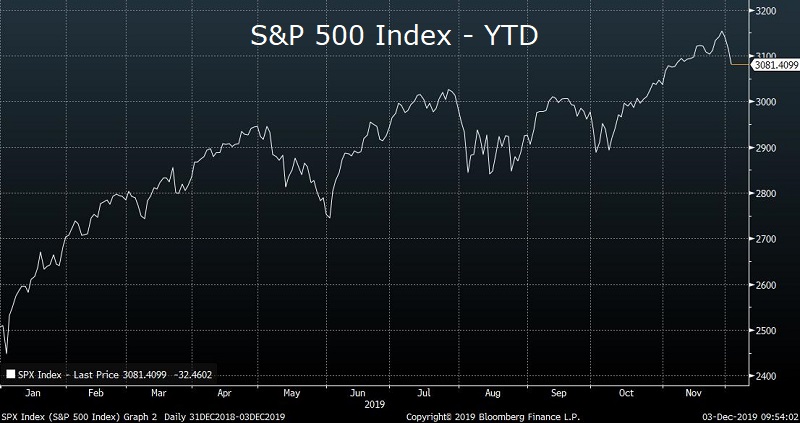 Treasury yields lower across the curve as bonds receive safe haven bid. The 10-year Treasury yield currently sits ~8 basis points lower to start the day after the bevy of negative trade news. Despite the volatility, rates have pretty much come full circle over the past three days- the 10-year Treasury yield sitting at 1.74%, squarely in the neighborhood it’s occupied for the past month. The MOVE Index,  a measure of interest rates volatility, has climbed marginally higher to 59.42 but remains far below the levels it peaked at earlier this year. 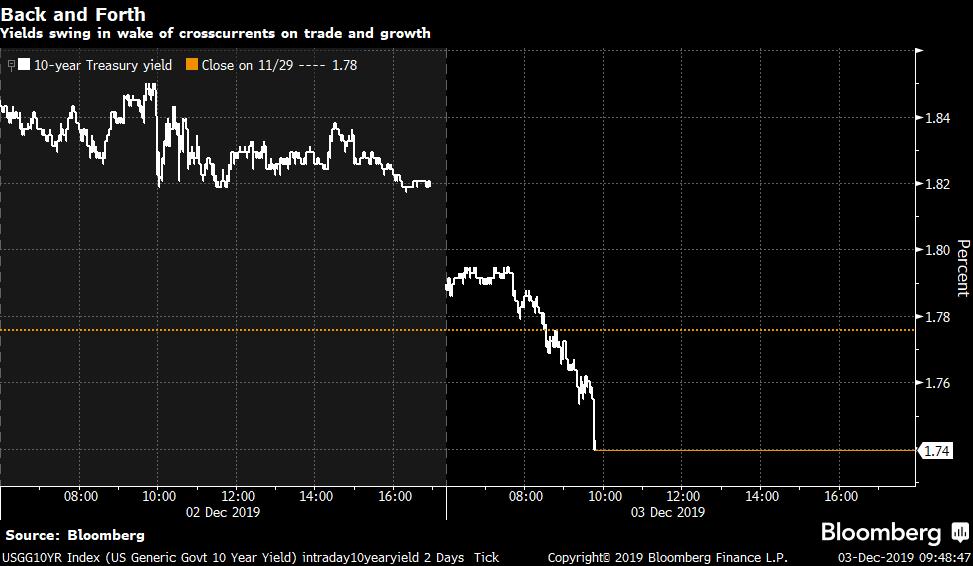 Day ahead. The main event to pay attention to this morning is the NATO meeting in London where President Trump is expected to continue making headlines on trade. Otherwise today will be a quiet day from an economic data release perspective with most of this week’s data (private and nonfarm payrolls, trade balance and non-manufacturing activity) coming later in the week.