Treasury yield curve steepens dramatically to start the week. 10-year yields have bounced higher by 6 basis points after China refrained from retaliating against the US’s new Hong Kong bill and manufacturing PMI’s showed the Chinese economy may be in better shape than originally thought. The 10-year Treasury yield now sits at 1.83%, the spread between 2-year and 10-year yields widening out to 20 basis points after narrowing significantly over the past month. 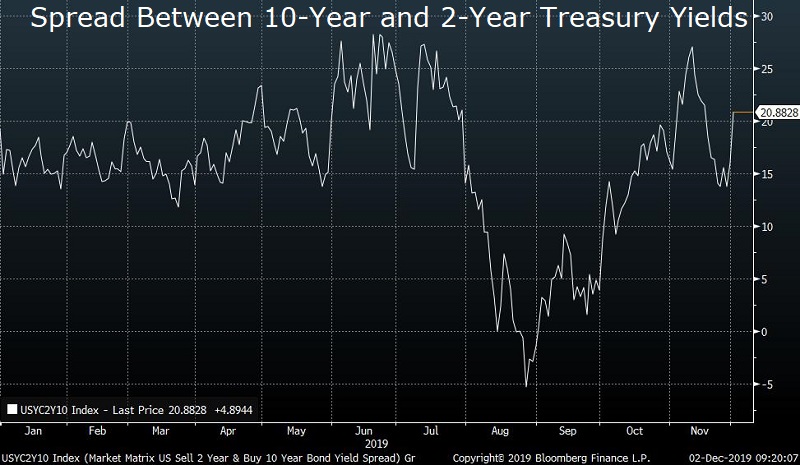 Global equities lower as Trump revives steel tariffs on Argentina and Brazil. President Trump opened up the latest front on his global trade war by instituting steel and aluminum tariffs on Brazil and Argentina. While the tariffs aren’t expected to have a significant impact on US growth (Brazilian steel accounts for only 3.5% of US supply), it does raise the prospect of similar action against other countries even as the US-China trade dispute moves slowly towards resolution. 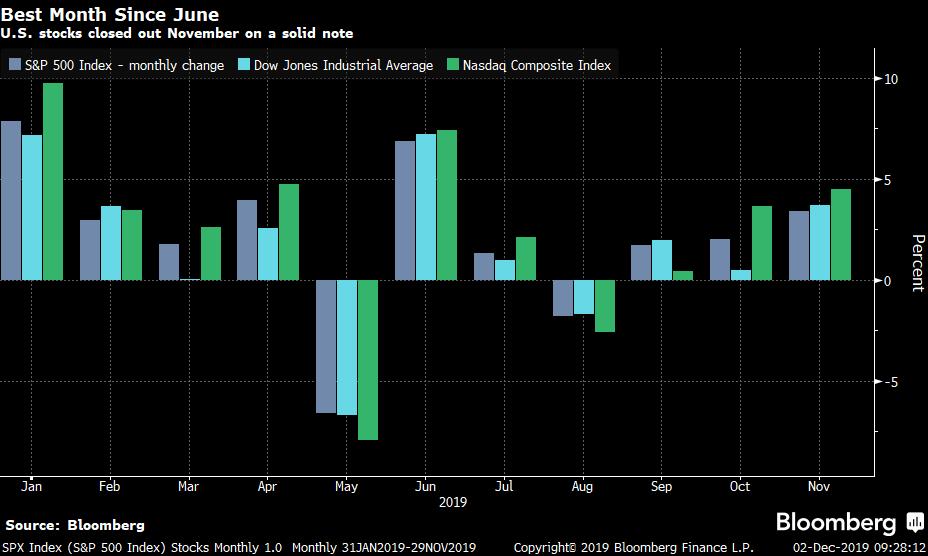 Week ahead. Later this morning the latest ISM manufacturing numbers will be released, current estimates call for continued contraction in manufacturing activity. On Wednesday markets will get the latest private payrolls figures, along with services and PMI’s for the month of November (expected to grow in contrast to manufacturing). On Thursday, OPEC will meet to determine output levels for 2020 (cuts in production are expected to continue past March 2020). The jobs report will round out the week on Friday.