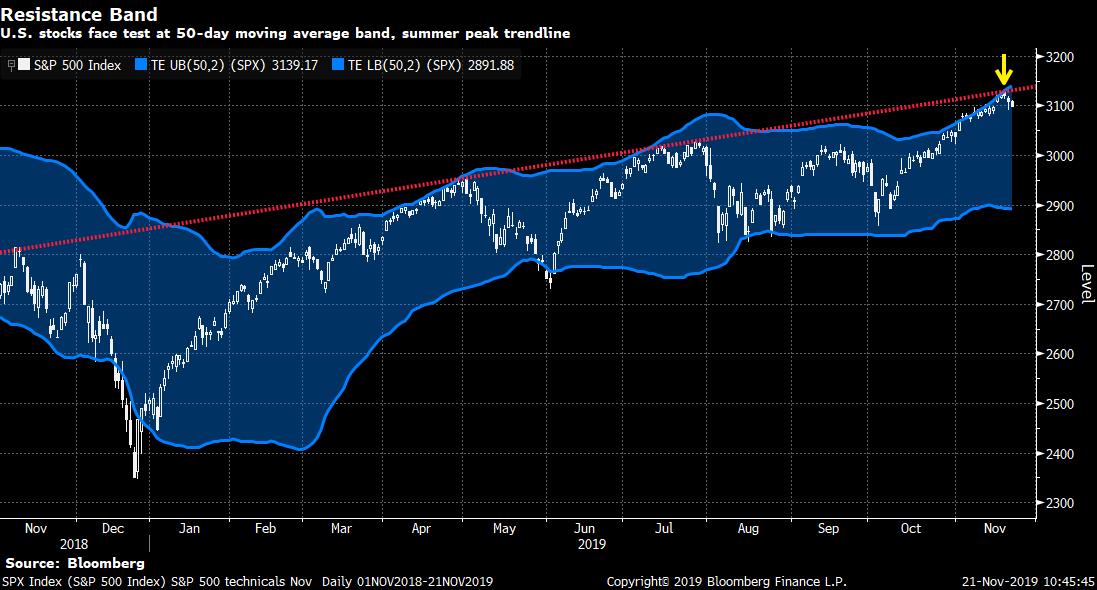 FOMC minutes confirm that Fed is likely to leave rates unchanged unless outlook materially worsens. Minutes from the Fed’s October 31st meeting matched the public statements Fed officials have made since- namely that current policy remains appropriate, and will remain so unless the economic outlook changes significantly. Fed officials also maintained that monetary policy is not on a preset course, though for the time being they seem content to wait and see how the 100 basis point reduction in policy rates will impact the economy. The FOMC also noted that plenty of downside risks remain- specifically “weakness in global growth” and “elevated uncertainty regarding trade developments.”

Day ahead. Initial jobless claims and continuing claims both came in line with expectations. New home sales meanwhile came in slightly worse than forecasts (5.46mm vs 5.49mm). Fed officials Loretta Mester and Neel Kashkari will also speak today (both are FOMC voters in 2020).