Risk assets hit new record highs once more, extend record rally. Once again, equities are on pace for a record close after hitting all-time highs again yesterday. The rally comes as investors await Jerome Powell’s speech tomorrow where he’s expect to reaffirm the Fed’s highly accommodative monetary policy and confirm that the Fed will keep rates at 0% until they see inflation persistently above 2%. Swap rates and Treasury yields have also pushed higher- the 10-year Treasury yield sitting at 0.71% on the day (up 10 bps over the past three days) while the spread between 2-year and 10-year yields has widened out to 55 basis points. 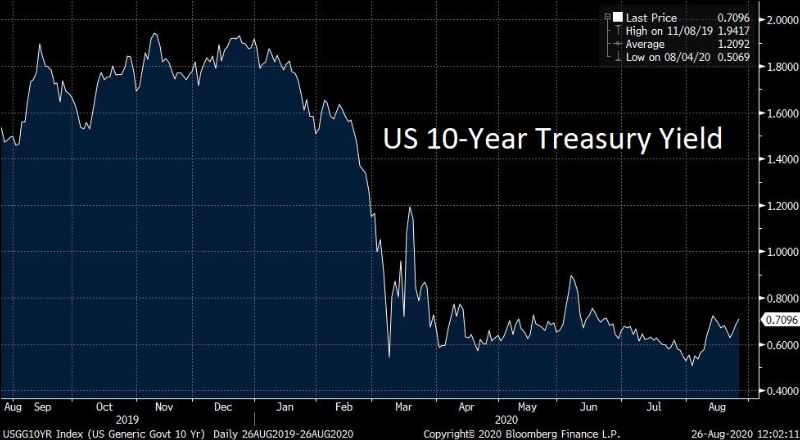 New home sales blow past expectations.  New home sales for July jumped to 901,000 to reach the highest level since 2006, much higher than the estimated 790,000.  Midwest home sales surged by 59% in July, driving the majority of the growth.  The report mirrored the strength of the existing home sales figure reported last week, a nod at the resilience of the housing market.  Despite the positive number, consumer confidence came in under expectations — the figure falling to 84.8, down from 91.7 last month.  For the second straight month, the Conference Board has reported a decreasing confidence figure, with the July’s numbers pulled lower by the expiration of the $600-a-week employment benefits program and virus cases rising across the country.  The figure fell to a 6 year low, casting doubt on the pace of the US recovery. 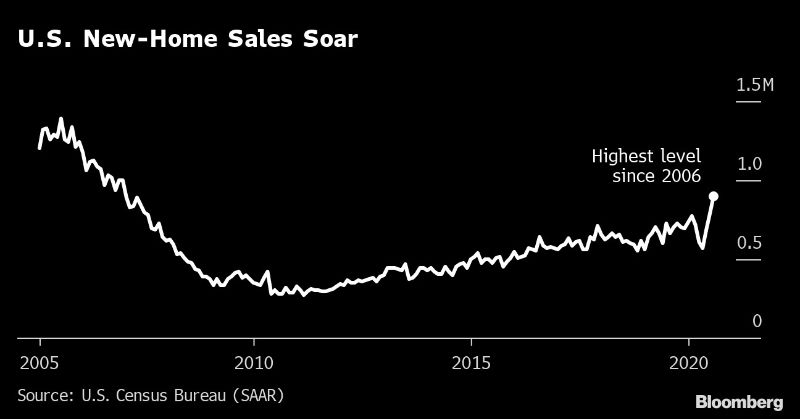 Oil continues to rise. Economists have zeroed in on Tropical Storm Laura, which is forecasted to evolve into a hurricane before making landfall this week. Potential shutdowns of refineries located along the gulf coast pushed WTI crude higher on the day to close at $43.35. It marked the highest close since the start of the pandemic. 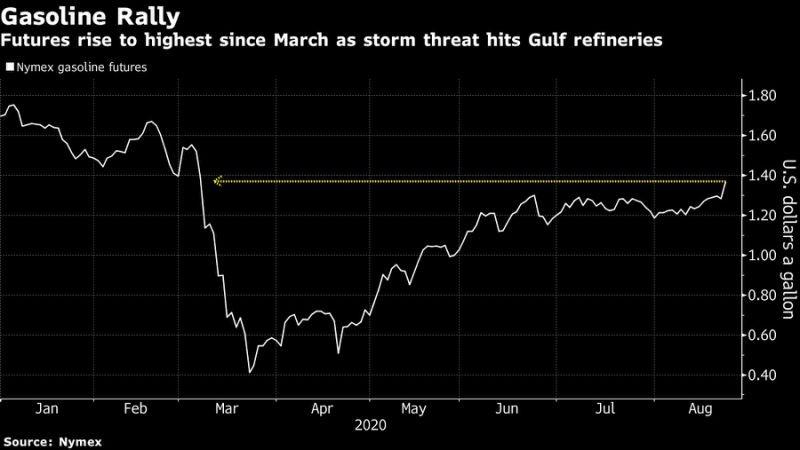