Rates continue to march higher across a steepening curve.  Yesterday Treasurys sold off as initial jobless claims were reported to dip below 1 million last week, the first time since March. Yields/swap rates rose to their highest levels since mid-June — the 10-year UST yield closing at 0.72%. And while improving economic data and hopes for a new stimulus bill have driven long term rates higher since the beginning of the month, the short end has remained stubbornly low — the 2y10y spread widening to 56 basis points. In equity markets, yesterday’s positive economic data failed to support major indices — the S&P 500 and DJIA closing 0.2% and 0.3% lower on the day. Despite the drop, the S&P remains within 0.4% of its record close hit on February 19th. 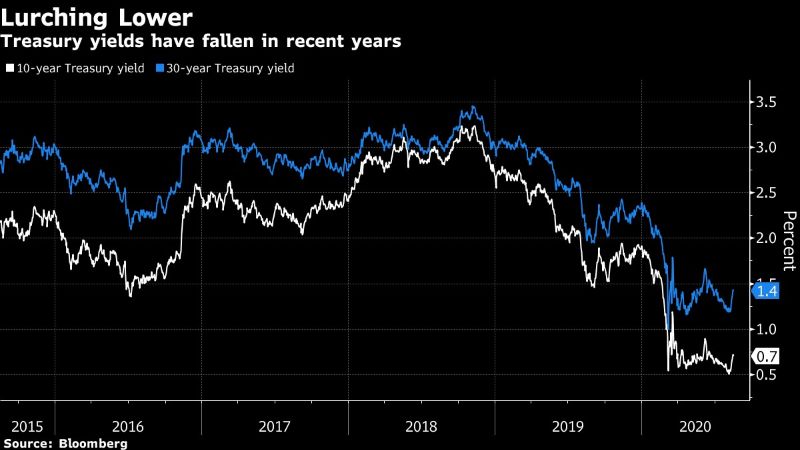 Retail sales rose 1.2% in July, June’s figure revised higher to +8.4%.  US consumers were able to look past the rise in coronavirus cases last month as spending at retailers climbed for a third straight month. Seasonally adjusted sales have now rebounded back above pre-pandemic levels, with last month’s bottom line being driven substantially by electronics purchases. Looking forward, a central risk to consumer spending lies within the next round of fiscal stimulus, where progress thus far has been far from productive. 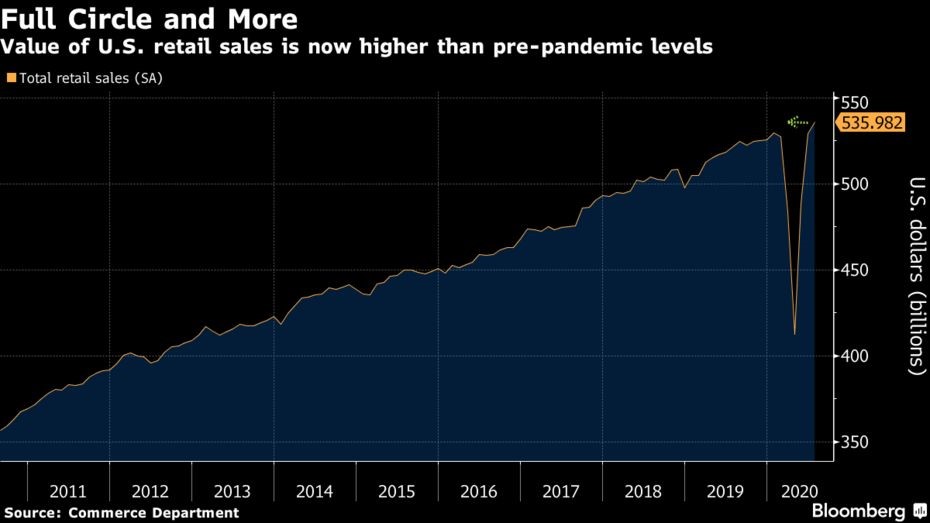 FX Friday.  The dollar has declined against major currencies over the last two days, as investors zeroed in on the lack of progress in Congress with the stimulus package negotiations. The British pound remains buoyed in the short term on renewed hopes of a post-Brexit deal. Irish PM, Micheál Martin, was quoted as being hopeful there was a ‘landing spot’ in the recent zero-tariff British-EU trade deal talks — helping offset Wednesday’s news of the UK economy contracting 20.4% in Q2 ’20 (worst among major economies). The Chinese yuan has strengthened against the dollar despite their lower-than-expected industrial production and retail sales figures for July. This weekend’s meeting between US and Chinese officials to discuss the implementation of the Phase One trade deal will be closely monitored by financial markets, especially as tensions between the world’s two largest economies have ratcheted up over the past month.