Rates continue to rise ahead of tomorrow’s jobs report. Rates climbed for a second day, after Fed Chairman Powell’s upbeat assessment of the outlook for the economy and inflation prompted investors to rethink their assumptions about the likelihood of a Fed rate cut later this year. Treasury yields rose 4-5 basis points across the curve, and swap rates followed suit, rising 3-4 basis points. The spread between 2 year and 10 year Treasury yields, a measure of yield curve steepness, had reached its year to date peak earlier in the week, but now sits 4 points lower at 19.5 basis points. Economists surveyed expect tomorrow’s jobs report to show an increase in nonfarm payrolls of 196,000. If this week’s surprisingly-strong ADP report is a guide, we may see a upside surprise in tomorrow’s payroll number which may further extend the recent rebound in rates. 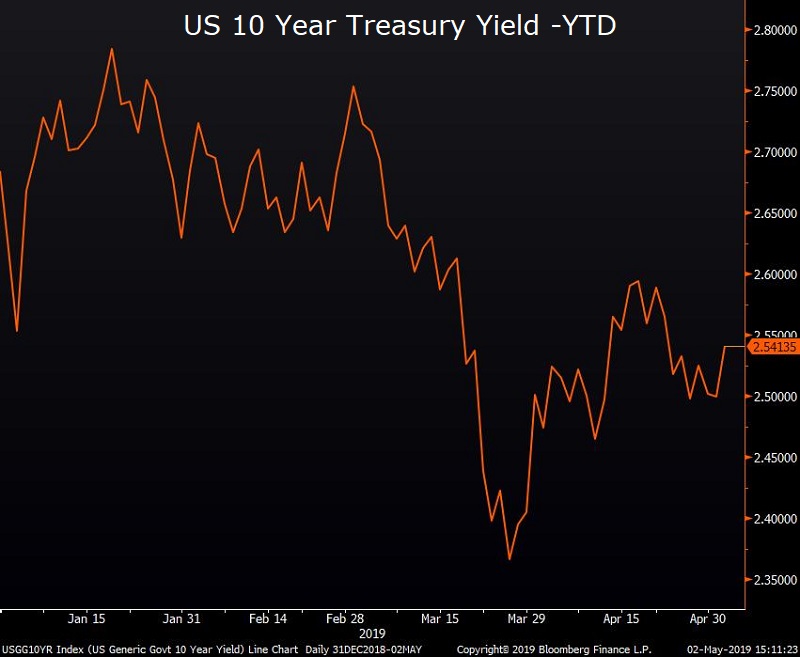 Stephen Moore withdraws from consideration for Fed post. President Trump tweeted out the announcement after Moore’s nomination encountered significant resistance from lawmakers on both sides of the aisle. Moore would have been among the more dovish members of the Fed board, and the withdrawal of his nomination leaves the White House with two seats to fill on the Fed Board of Governors. Fed funds futures currently imply a 50.2% likelihood of a rate cut by year end and a 0% probability of a rate hike. 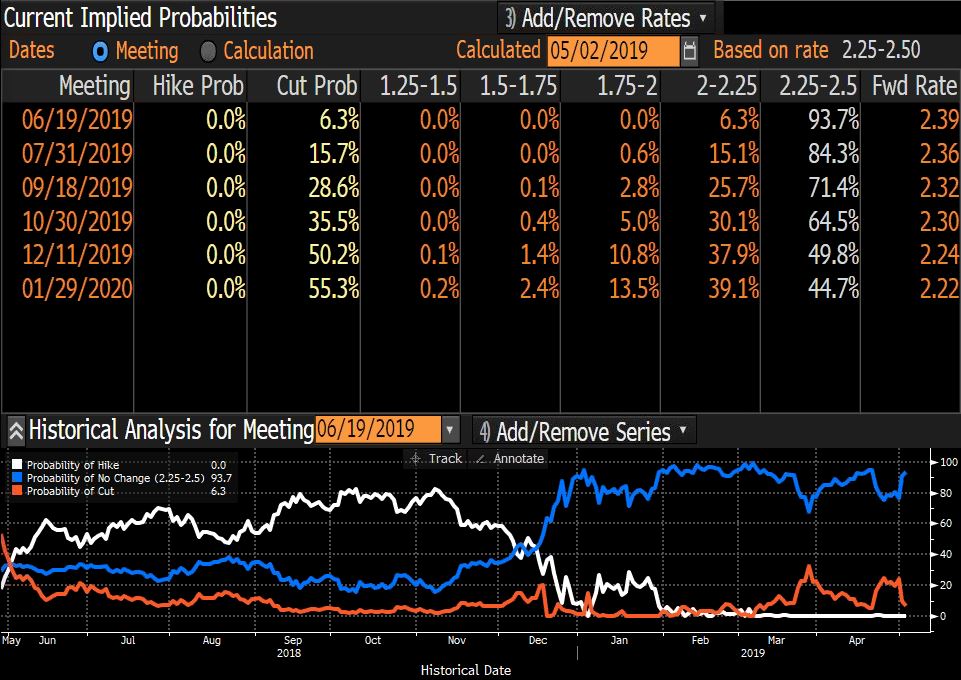 Global equities fall as Fed fallout continues, led lower by energy shares. International stocks continued to feel the pressure today with the Euro Stoxx and Nikkei indices falling 0.73% and 0.22% respectively. US equities also lost ground. The S&P 500 fell 0.21% as energy stocks declined 1.71% on the day. Energy stocks were primarily impacted by a drop in crude prices which sank 2.7% as inventories and US production surge. 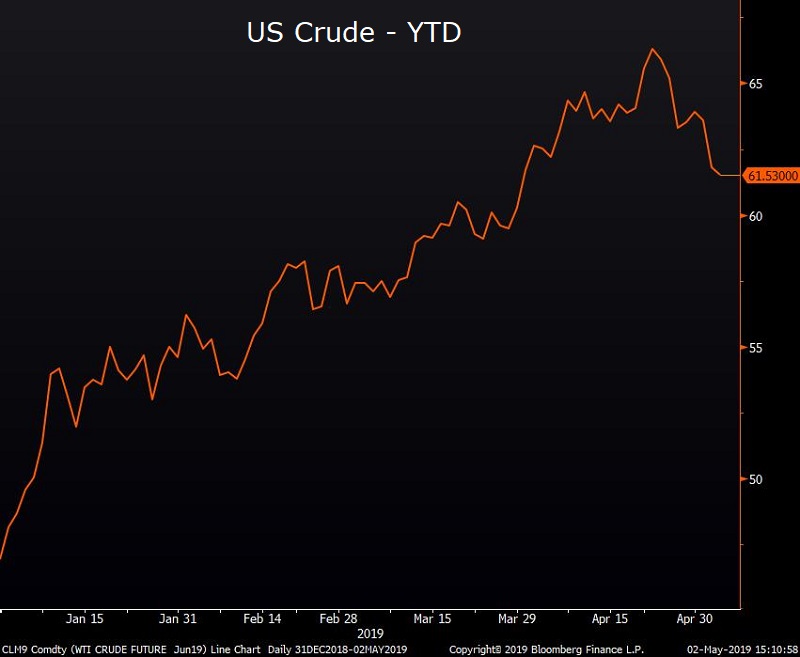