Fed leaves rates unchanged, but statement and press conference whipsaw rates markets. The Fed’s decision to cut the little-known IOER (interest on excess reserves) by 5 basis points was initially interpreted dovishly by markets with rates falling as much as 4 basis points in the immediate aftermath of the announcement. However, rates reversed course once the press conference began as Powell characterized the drop in inflation as “transient” – undermining the case for a rate cut this year. Powell sounded equally optimistic when describing the diminished risks facing the economy, saying that risks around Brexit and trade have “moderated.” The Fed also reiterated its commitment to “patience,” refusing to disclose a bias towards a rate hike or a  cut. The 10 year Treasury yield ended the day almost flat after the volatile session at 2.50%. 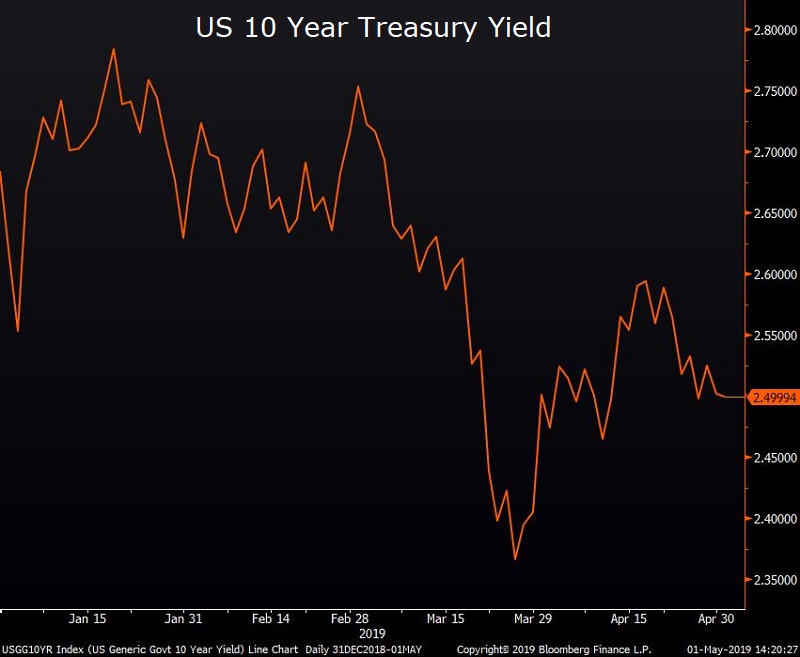 US equities have worst day since March. Earnings from Apple set a positive tone for equity markets early in the session as shares of the iPhone manufacturer advanced 4.9% after revising revenue forecasts higher. However, Fed Chair Powell’s surprisingly-upbeat outlook caught equity markets off guard, prompting the S&P 500 to give back its 0.3% gain and close down 0.8%. Banks were particularly hard hit with the S&P Regional Bank index closing down 1.23% as the yield curve flattened significantly. 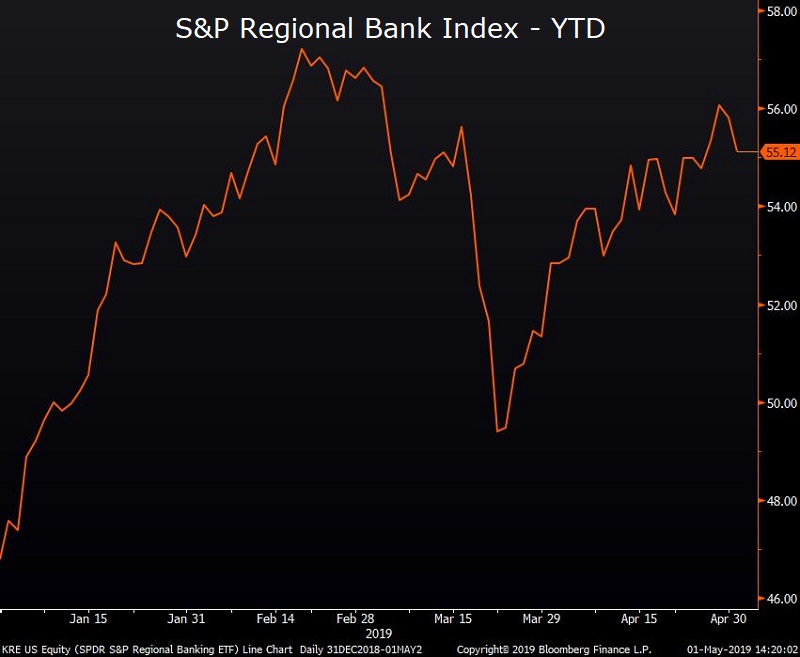 US dollar remains strong. The DXY or US Dollar Index grinded higher on the day, rising to 97.65. The US dollar has remained strong this year despite the pullback in rates due in part to the weakness overseas and the resilience in the US economy. The dollar’s continued strength may begin to weigh on US equities, particularly U.S. multi-nationals with large international operations. 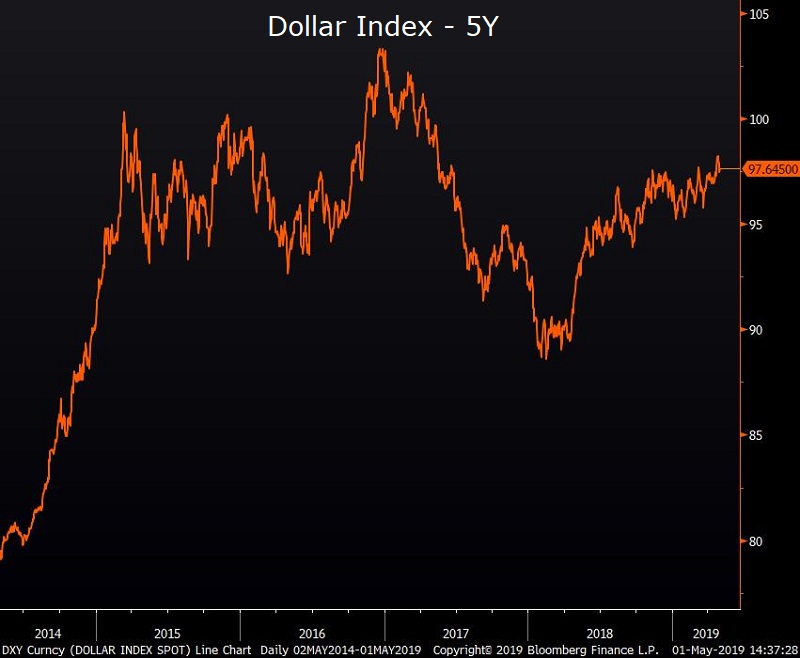