Treasurys rally ahead of action packed Wednesday. Treasurys rallied across the curve, yields falling 2-3 basis points despite a positive day for equities. Swap rates followed Treasury yields lower, many pointing to the relatively weak Chicago PMI number as the main culprit. Tomorrow, markets will get a host of data in the form of US manufacturing PMIs’s and the latest ISM manufacturing figure. That’s followed in the afternoon by the FOMC’s rate decision and the ensuing Fed press conference. Fed funds currently imply a 0% likelihood of a rate hike and a 2.6% likelihood of a rate cut tomorrow, but the ensuing Fed press conference will be watched closely for any direction the Fed gives around future rate decisions. 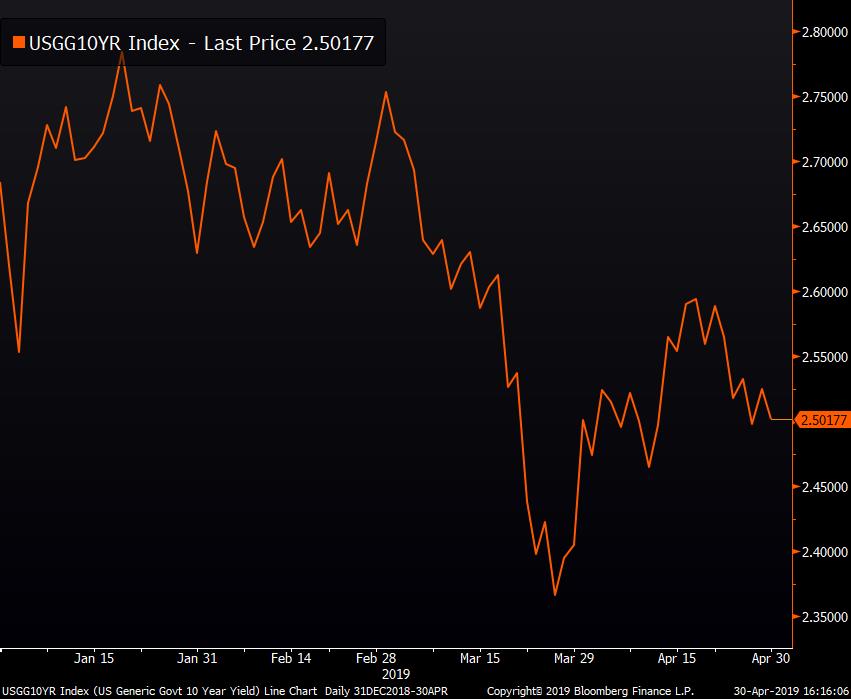 Stephen Moore faces growing opposition to nomination. The controversial economist faces mounting skepticism amongst Republicans who oppose the number of controversial statements and writings released by Moore over the years. Moore had advocated for a 50 basis points rate cut earlier this year, and has indicated he would support a return to the gold standard.

US equities rally from lows to close at new record. The S&P 500 fell as much as 0.6% early in the session after investors took a cautious approach following underwhelming results from Alphabet, the index later rallied to close up 0.1% on the day. The tech-heavy Nasdaq Composite fell 0.7% while the Dow Jones Industrial Average climbed 0.15%. 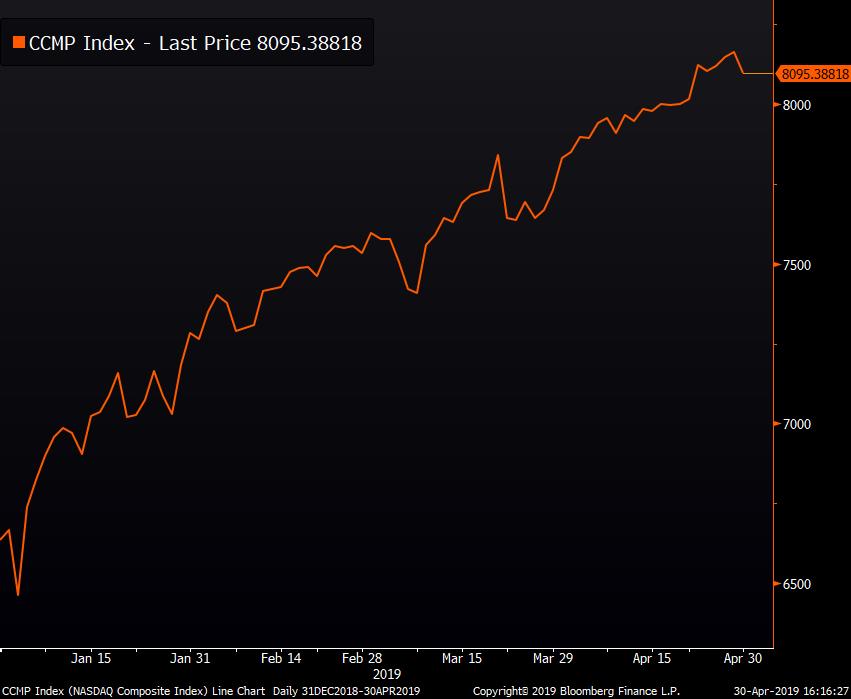 Conflict escalates in Venezuela. Opposition leader Juan Guaido, already recognized overseas as the ruler of Venezuela, issued a call for a national uprising to oust socialist leader Nicolas Maduro. In the US, national security advisor John Bolton stated that “all options are on the table” to ensure a transfer of power. While the world economy is unlikely to be directly impacted by the conflict, investors should watch the conflict closely to see if it escalates tensions between the US and Russia (a public supporter of Maduro).