Rates trade sideways ahead of Brexit vote. Treasurys fell yesterday, yields rising ~1 basis point across the curve, but have already reversed those losses today- the 10-year Treasury yield falling to 1.74%. The announcement that the UK and EU had agreed to a deal on Brexit negotiations was originally greeted with optimism by markets, but since then the British Pound and FTSE 100 have both retraced their gains- markets seemingly pricing in Boris Johnson’s inability to get the Brexit deal passed through the House of Commons. Parliament is due to debate the agreement tomorrow- the first time Parliament has sat on the weekend since Argentina’s invasion of the Falkand Islands in 1982. Political betting site PredictIt now has the likelihood of an official Brexit by the 10/31 deadline at 36%. 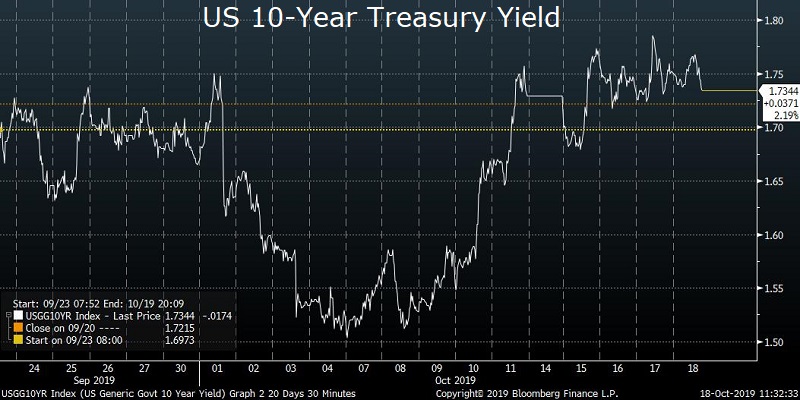 China GDP growth falls to lowest level in 30 years. China’s economy grew at a 6% annual rate in the third quarter of 2019- the slowest pace of growth in over thirty years. The trade war with the US continues to weigh on the world’s 2nd largest economy, the country’s manufacturing sector hit particularly hard. China becomes the latest country outside of the US to experience decelerating growth- joining other large economies like Germany and the UK. 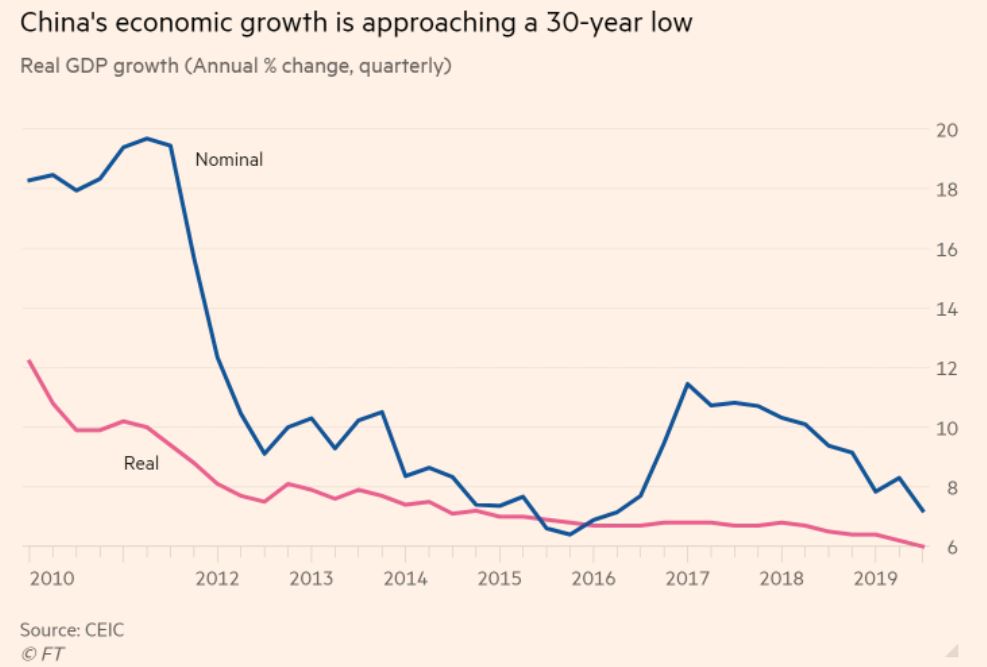