Brexit deal emerges, but UK PM Boris Johnson still needs to win approval from Parliament. Risk assets are higher this morning as a result- the British Pound, European equities and US futures all sitting higher as optimism around a deal continues to grow. EU leaders and British Parliament will still need to approve a deal if the UK is to exit the EU by the 10/31 deadline. The former is the real sticking point as Boris Johnson’s allies in the Democratic Unionist Party won’t support the deal, meaning he has to convert existing holdouts in Parliament into voters. If a Brexit deal is approved, it will finally remove one of the biggest macroeconomic risks the market has wrestled with for the past three years. 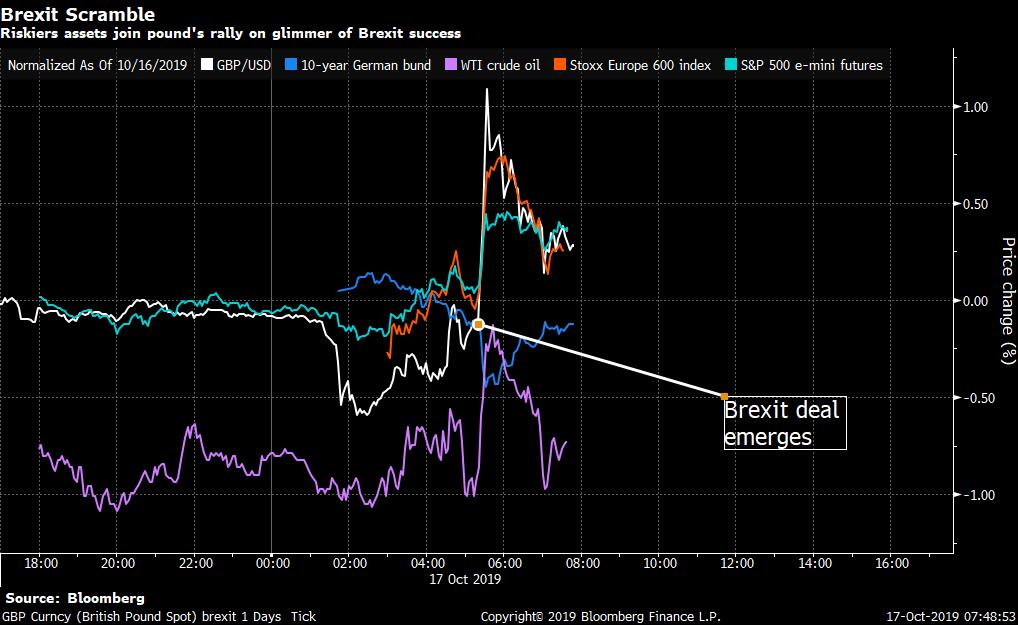 US equities, rates fell yesterday amid concerns around economic growth. The S&P 500 and the Dow Jones Industrial Average fell 0.20% and 0.08% respectively as retail sales came in weaker than expected. Some of the weakness in retail sales may have been attributable to a drop in gasoline prices, but the negative surprise was still enough to outweigh of the continued strong earnings from the banking sector. The 10-year Treasury yield fell 3 basis points to 1.74%. 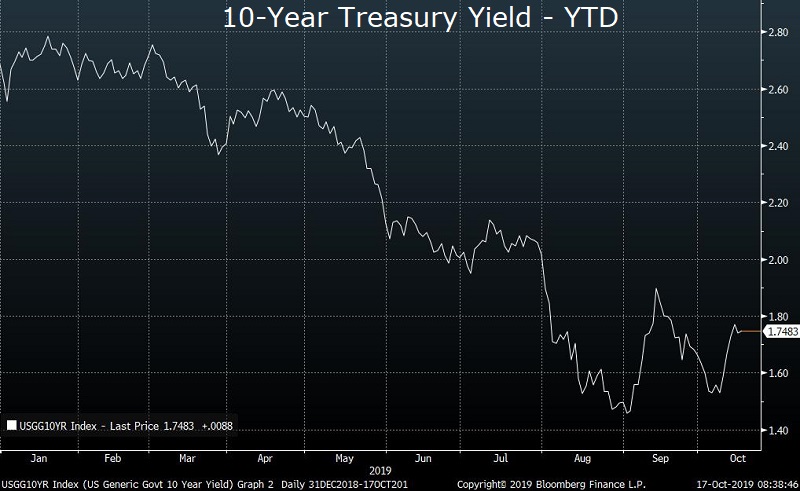 Despite overnight rate turbulence, volume continues to increase in SOFR futures. Even as SOFR doubled to nearly 5.25% last month there has continued to be an increase in SOFR futures volume, a key step towards the eventual creation of term SOFR rates and the development of hedging markets. Open interest in futures tied to SOFR has reached 429,000 as of the end of September- representing more than $1.5 trillion in notional.\ 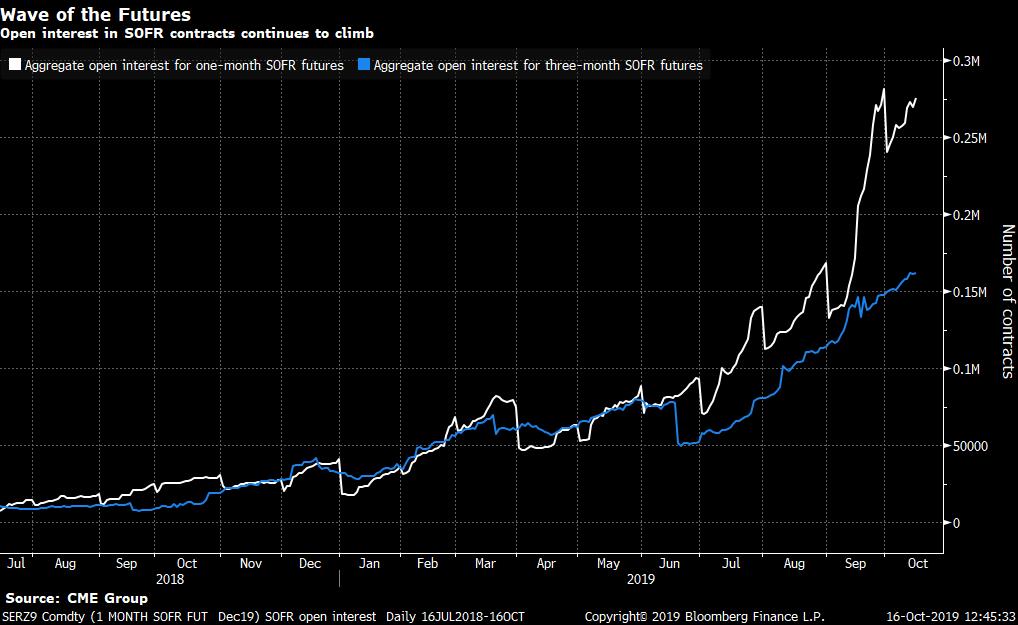