Risk assets fall as tech rout continues.  For the third consecutive trading day, tech stocks fell dramatically, pulling down US equities once again.  The S&P 500 fell 2.8% while the Nasdaq fell 4.1%, bringing its total losses to over 10% over the past three trading days – the fastest 10% fall on record for the index. Elsewhere in risk assets, oil prices fell to a three-month low with US crude dropping 7.6%.  Treasury yields and swap rates fell on the day- the 10-year Treasury yield closing 4 bps lower to 0.68%. This morning, equities are bouncing back while rates are little changed. 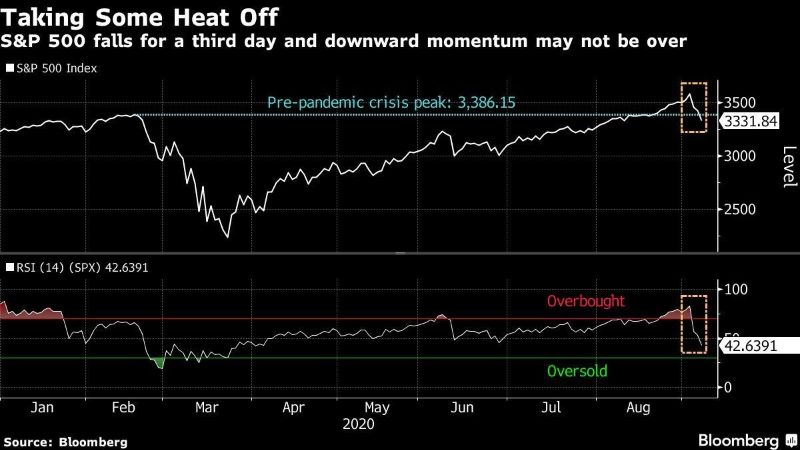 A COVID-19 vaccine may come later than originally anticipated.  Nine pharmaceutical company CEOs signed a pledge stating they would refrain from asking for vaccine approval until they determine complete safety.  In the pledge, the companies added: “We believe this pledge will help ensure public confidence in the rigorous scientific and regulatory process by which Covid-19 vaccines are evaluated and may ultimately be approved.” In related news, AstraZeneca paused their vaccine trials after a “unexplained illness in one of the trials.” US cases have now topped 6.3M with fatalities nearing 200,000. 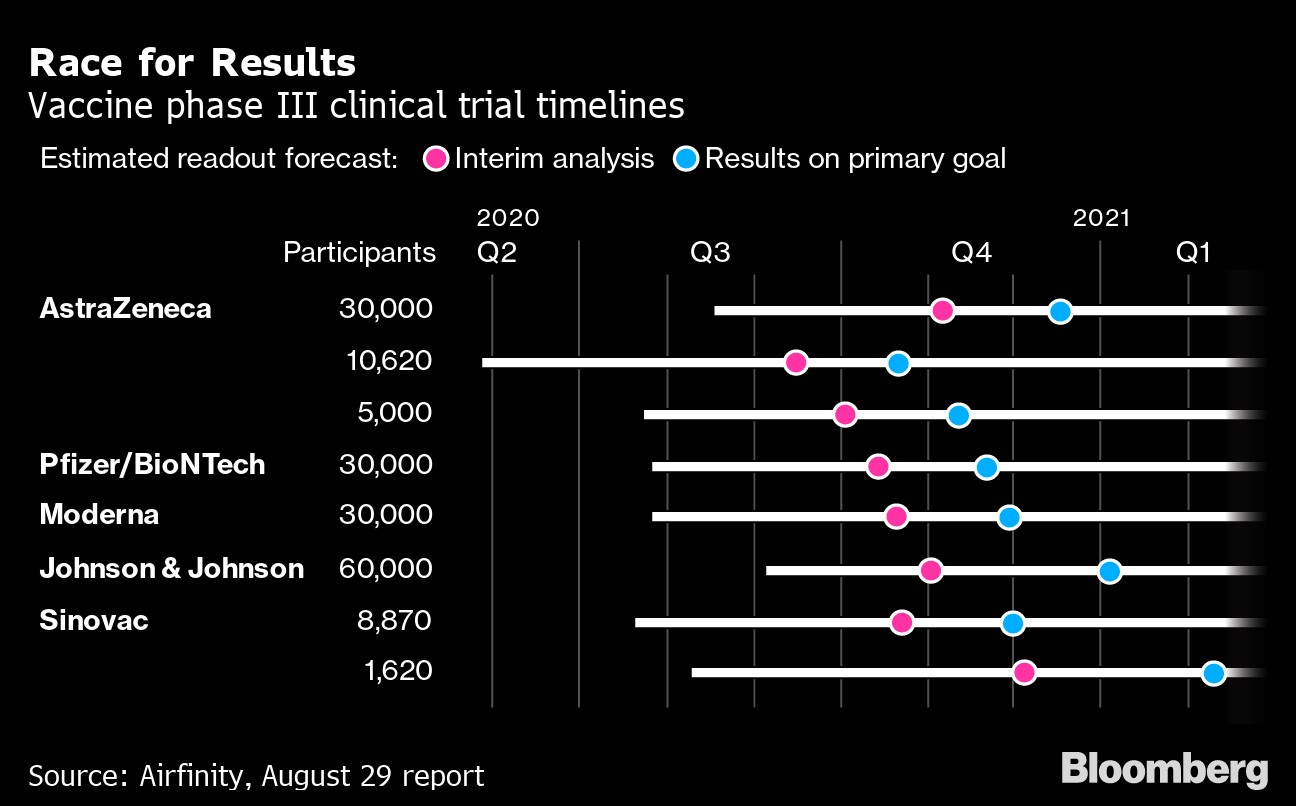 Senate Republicans announce reduced stimulus bill.  On Tuesday, Senate republicans unveiled a new $500 billion stimulus plan, half of the last plan proposed in July.  The plan does not include another round of $1,200 direct payments but does include a $300 federal supplement to state unemployment benefits until December 27th.  The bill also sets funds aside for schools, small business, and vaccine research.  The bill will likely be blocked by Democrats, who are still advocating for a larger bill.