Risk assets rebound despite continued rise in COVID-19 cases. Equities remain disconnected from other markets as all major indices rose, largely ignoring virus-related news. The S&P 500 rose 1.5%, while the DJIA posted its largest daily increase in weeks at 2.3%. Investors continued their flight to safety, pushing gold prices up to its highest close since October 2012. Treasury yields and swap rates traded sideways for the majority of the day — the 10-year Treasury yield is trading moderately lower this morning at 0.62%. 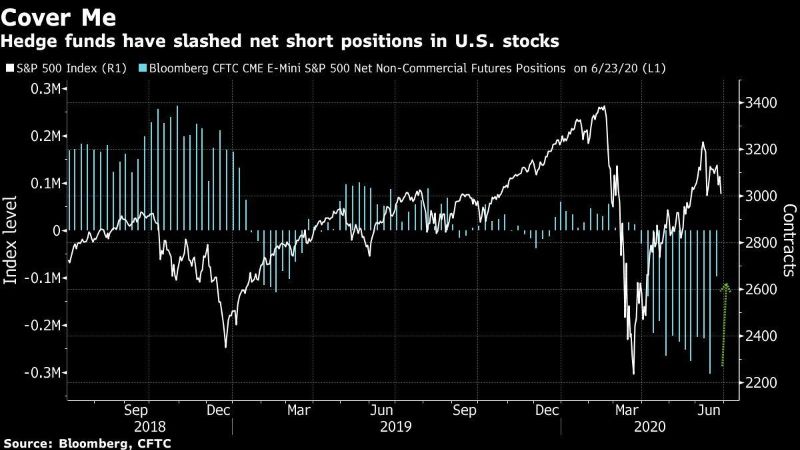 The virus continues to spread in hotspots. Florida reported an uptick in cases from its already elevated infection rate. New Jersey is the latest to join other states in postponing reopening measures as the governor moves to halt indoor dining plans. New York City’s phase two of outdoor dining is already in effect, but the city is considering joining New Jersey in postponing indoor dining. Even as global virus fatalities pass half a million, the World Health Organization believes “the worst is yet to come.” 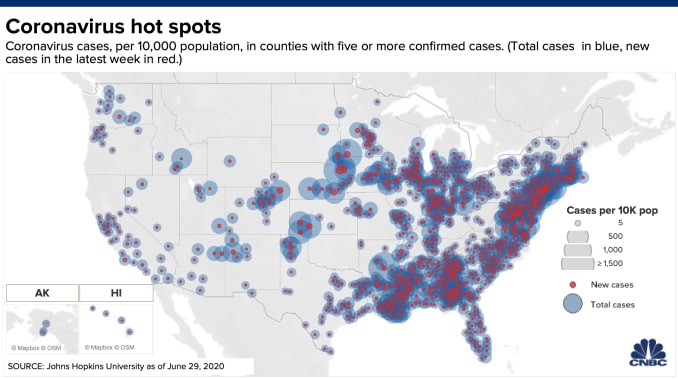 US pending home sales rose in May. After falling 20.8% in March and 21.8% in April, May sales staged a historic rebound with the index rising 44.3%. Though signings are down 5.1% from last year, every region saw a an increase in pending sales this past month, with the West leading the pack reporting a 56% uptick. The National Association of Realtors stated that the May increase was the largest on record, adding, “This bounce back also speaks to how the housing sector could lead the way for a broader economic recovery.” 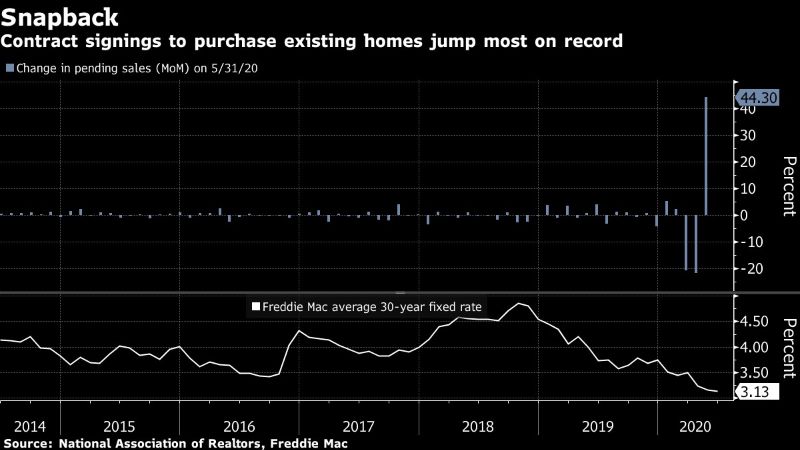 Kudlow and Powell strike differing tones on recovery. National Economic Advisor Larry Kudlow continued his optimistic tune in public comments yesterday, commenting that “at the moment, the story looks very good. We’re set for a V-shaped recovery.” Kudlow added that the administration is looking into re-employment bonus to push businesses to continue hiring. Meanwhile, Fed Chair Jerome Powell was less sunny in his public comments yesterday. While Powell admitted that the recent blockbuster jobs report and increase in consumer spending has pushed the economy into “an important new phase” he emphasized that “keeping the virus in check” is a perquisite for economic recovery. 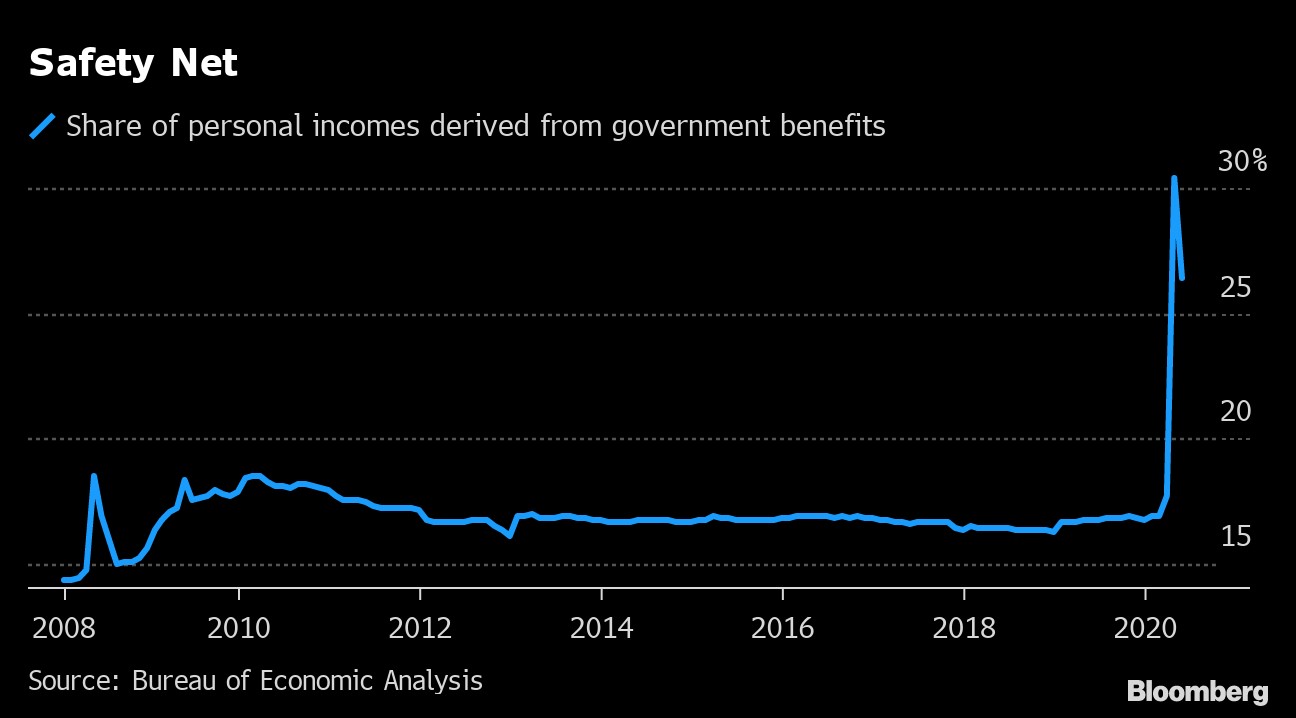