Strong economic data out of world’s two largest economies helps risk assets rally. China PMI’s rose significantly, indicating an expansion in the manufacturing sector- leading to a 2.6% rise in China’s CSI 300 index. Meanwhile US factory activity rebounded and January retail sales were revised higher, helping the S&P 500 close up 1.2% to its year to date highs. The one negative on the day for US equity markets was the dramatic fall of Lyft- the ridesharing company closing below its IPO price in a potential warning sign for the other “unicorns” awaiting their public market debuts later this year. 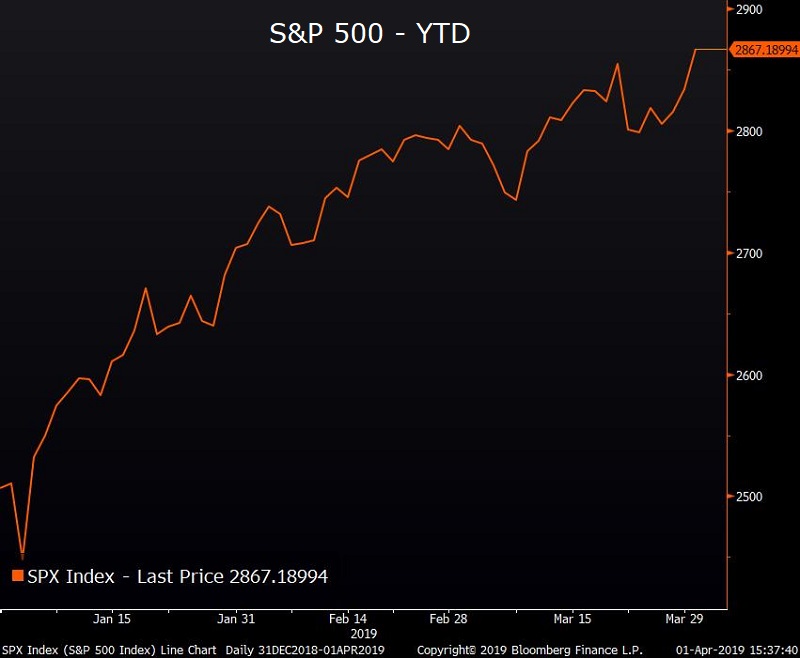 Treasurys continue to sell off, yields climb nearly 10 bps. Rates were higher across the curve- the 10 year Treasury yield climbing to 2.50%. Despite the move higher, 10 year swap rates still sit 25 basis points lower than where they were a month ago, 10 full basis points below the current Libor rate. Near-term the most likely catalyst for rates markets will be Friday’s crucial jobs report. 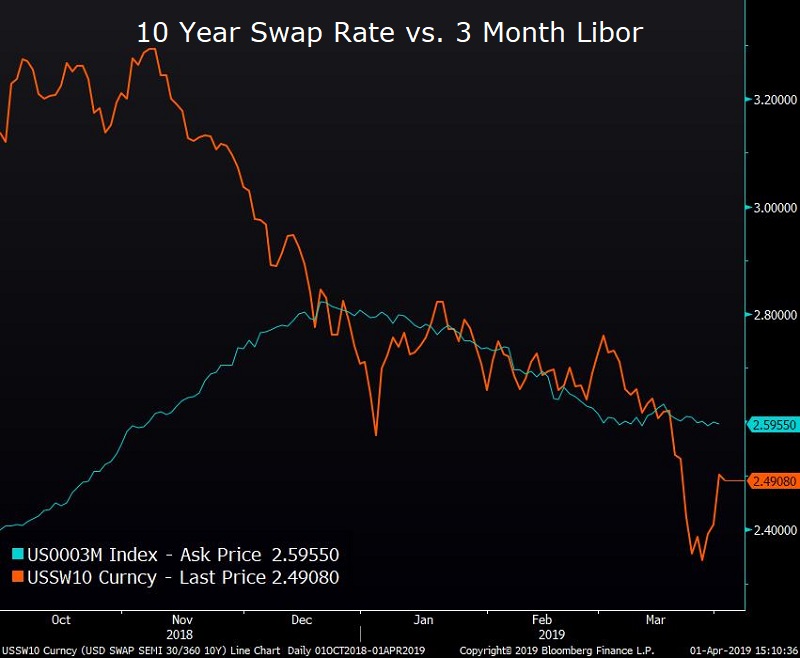 Overseas risks rise despite domestic rally. Turkey’s central bank has spent nearly $10 billion defending the lira ahead of domestic elections, if the country’s currency reserves fall much lower that could mean a significant risk-off event for the world’s 18th largest economy (and potential contagion for western markets). Meanwhile in the UK, parliament failed once again to agree on any of the Brexit alternatives put forth to replace PM Theresa May’s negotiated deal.  The UK now has only 11 days to agree on a new deal before facing a “Hard Brexit” under the EU’s extended deadline of April 12th. The pound fell to $1.3077. 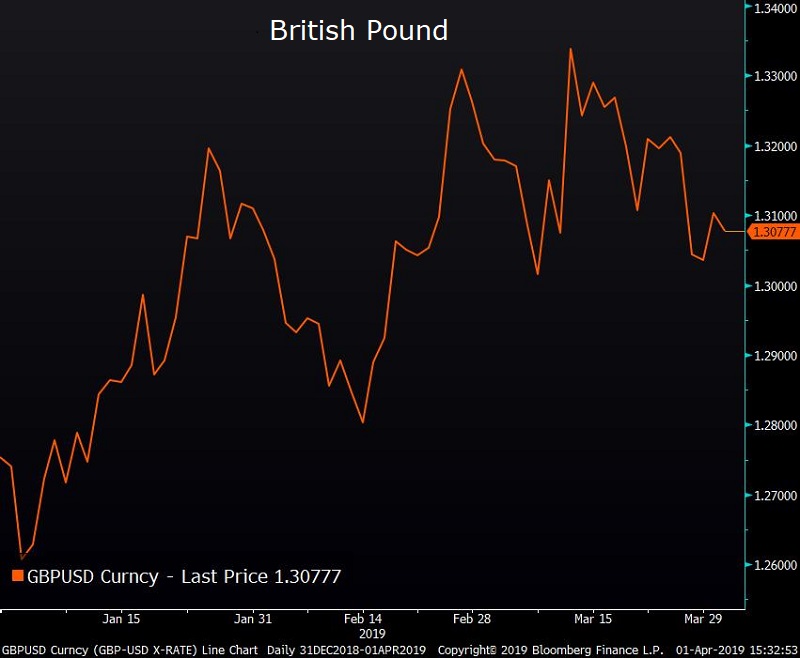