Treasurys resume rally. The economic data driven selloff appeared to peter out today, Treasurys rallying and yields falling across the curve by 3-4 basis points. The 10 year yield fell to 2.474% while the 10 year swap rate fell to 2.465%. Fed funds futures markets continue to price in a nearly 68.8% likelihood of a cut by next year, and a mere 5.8% likelihood of a rate hike. The MOVE index, a measure of interest rate volatility, has fallen substantially below its peak- but remains elevated: 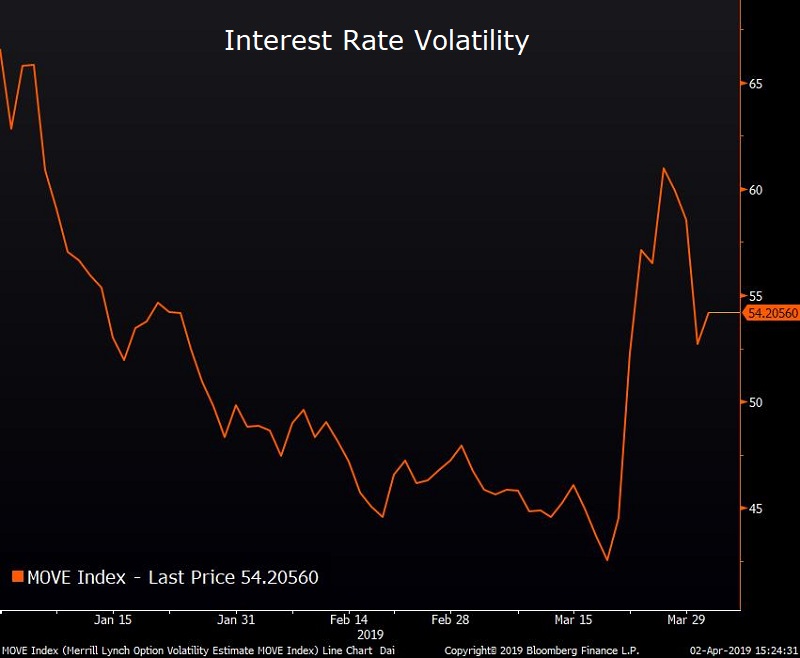 Pound rallies after Theresa May offers to work with opposition to end Brexit impasse. The currency ultimately rose 0.1% vs the US dollar, while the FTSE 100 outperformed with a 1% rise on the day. Other European indices benefited from the optimism as well, the Euro Stoxx climbing 0.35% while Germany’s Dax climbed 0.6%. The EU is now expected to offer the UK a longer Brexit delay with strict conditions attached, the deadline potentially getting pushed out to January or April of 2020. 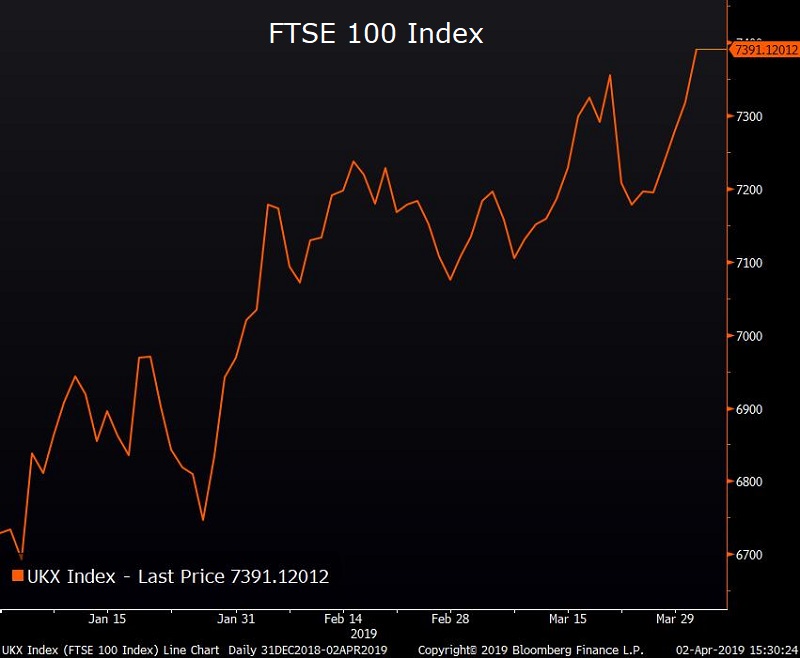 US equities trade sideways as risk-on rally subsides. US indices initially fell before rallying off their lows- the S&P closed up marginally higher while the Dow fell 0.30%. President Trump helped assuage at least one concern for markets, backtracking from his earlier promise to close the US-Mexico border. Mitch McConnell and other Republican party leaders were on record saying that the economic consequences of such a move would be dire. The Mexican Peso ended a volatile day down slightly.