Equities rise as investors bet on trade talk progress. Negotiations continue in Washington where Chinese Vice Premier has been meeting with U.S. Trade Representative Robert Lighthizer and Treasury Secretary Steve Mnuchin. Larry Kudlow touted progress this morning, saying that they are “making good headway” but cautioned that a deal is not imminent. The main sticking point in negotiations is likely to be the issue of forced technology transfer- US companies wanting additional legal protections for their intellectual property. Equities reacted positively to Kudlow’s comments and other optimistic reports, the S&P 500 rising 0.2% while China’s CSI 300 rose 1.2%. 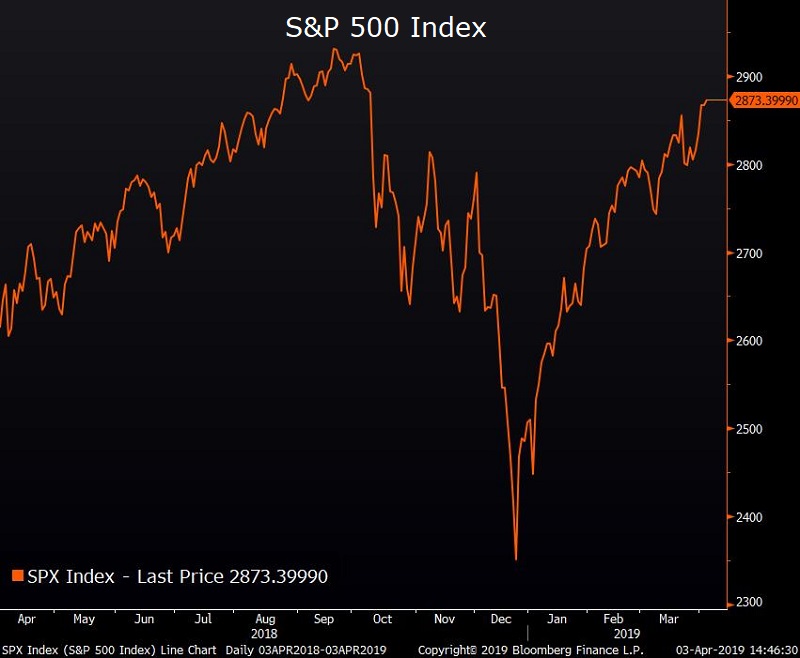 Treasurys fall on trade news and strong PMI data. The optimism around trade negotiations was felt in rates markets as well, as 10 year Treasury yields climbed back over 2.5% to 2.52%, the rest of the curve following 3-4 basis points higher. Markit’s US Services and Composite PMI’s also surprised to the upside, both of the leading indicators coming in higher than expected. 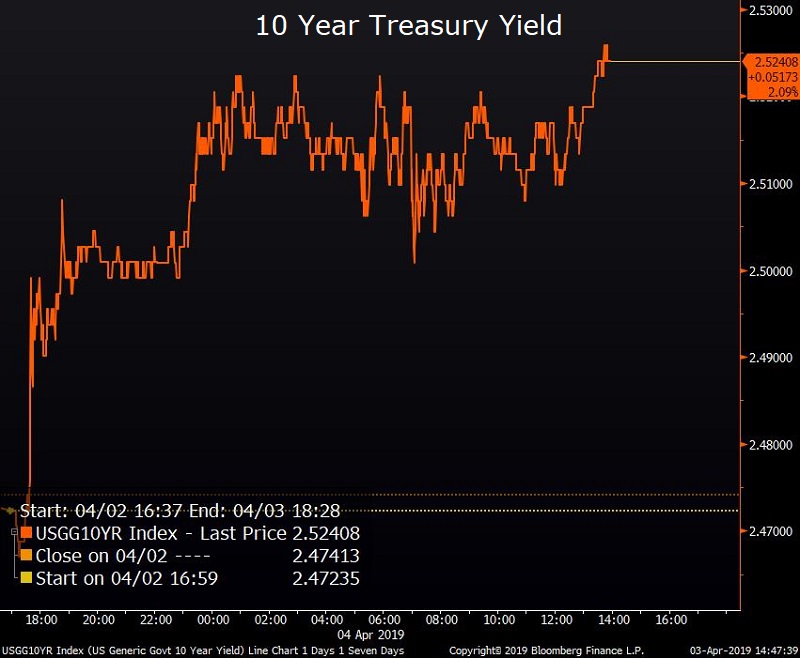 Trump administration pushes forward on Stephen Moore Fed nomination. Moore, a former reporter for the Wall Street Journal, is known for his provocative and controversial views on monetary policy and the Federal Reserve. As recently as December of 2018 he was quoted saying that the “the people on the Federal Reserve Board should be thrown out for economic malpractice.” Should he be appointed he will perhaps be the most dovish member of the board- having called for a 50 basis points rate cut last week.