Herman Cain floated as a potential Fed nominee as President Trump criticizes the central bank in tweets. The president did not hold back in his criticism of the Fed, saying that its actions (presumably 2018 rate hikes) were “unnecessary and destructive.” The comments suggest the Fed will continue to take a dovish turn as President Trump appoints Fed officials that support his desire to keep interest rates low. Today President Trump also mentioned he intends to nominate Herman Cain to the Fed board. Cain is known in economic circles for supporting a return to the gold standard, and typifies the potential for a dramatic transformation of the Fed under President Trump. 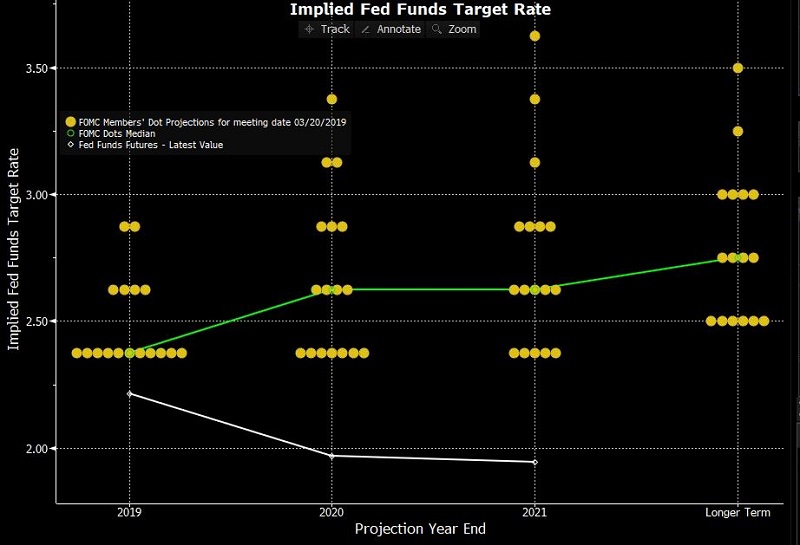 Treasurys trade sideways in quiet session, keeping rates flat ahead of nonfarm payrolls. The biggest economic news of the day came in the form of a record low initial jobless claims figure- falling to 202,000 (its lowest point in over forty years). As a result, tomorrow’s jobs number is expected to be strong, but a significant surprise below the surveyed level of 177,000 could result in a large Treasury rally. Currently fed funds futures are implying a 61% likelihood of a rate cut by the end of 2019. 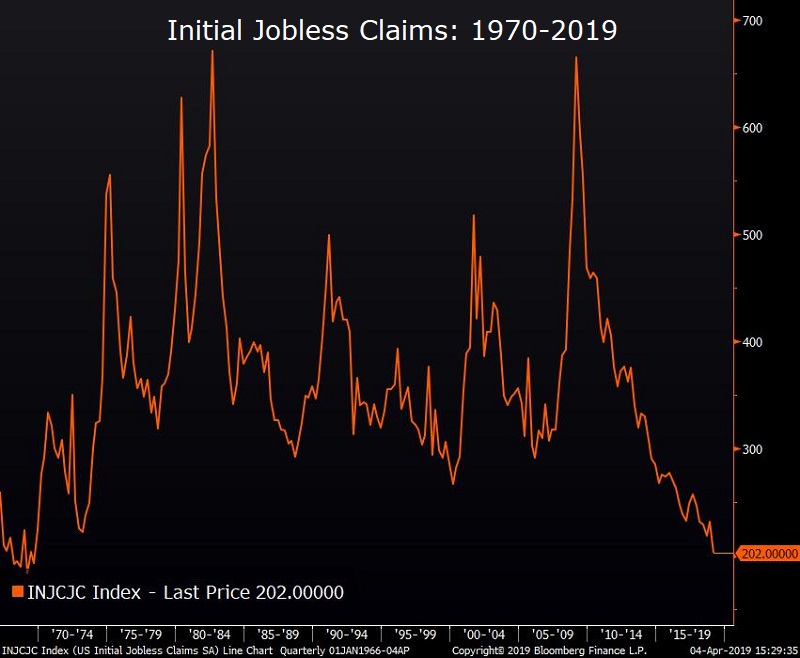 Equities grind higher on continued US-China trade talk optimism. The market action was generally subdued, but the S&P 500 and Dow Jones Industrial Average still managed to rise- closing up 0.2% and 0.6% respectively. Despite the optimism around trade, markets are growing increasingly concerned with the risk of a closure to the US-Mexico border and continued uncertainty around the UK’s Brexit politics. 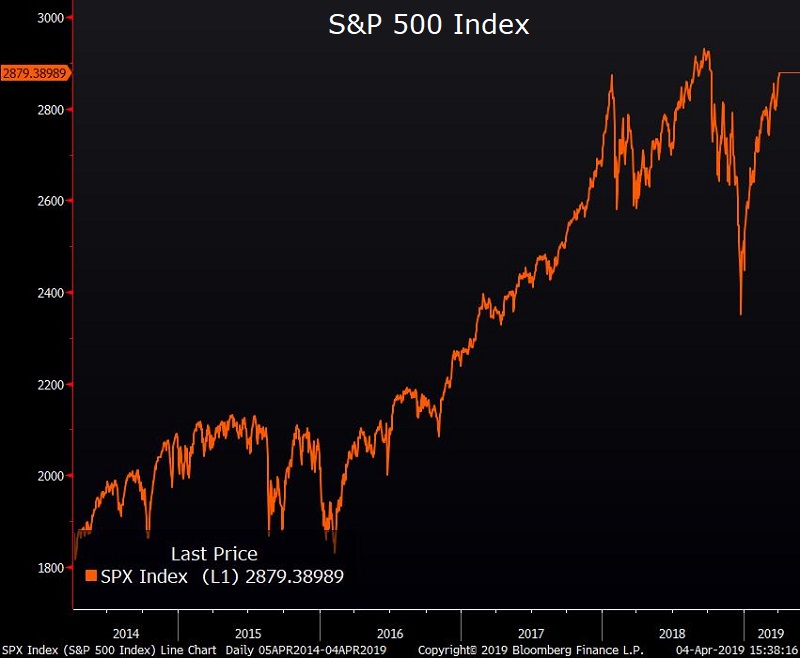