US added 196,000 jobs in March, beating estimates. February’s figure was also revised higher while the unemployment rate stayed constant at 3.8%.  Despite the strong report, rates markets barely budged. The futures still implies a 70% chance of a rate cut by year end. Meanwhile, President Trump once again took aim at the Fed, saying that the central bank should undertake quantitative easing in addition to cutting rates. Politicization of any central bank rarely ends well, and this will be a risk to watch going forward. 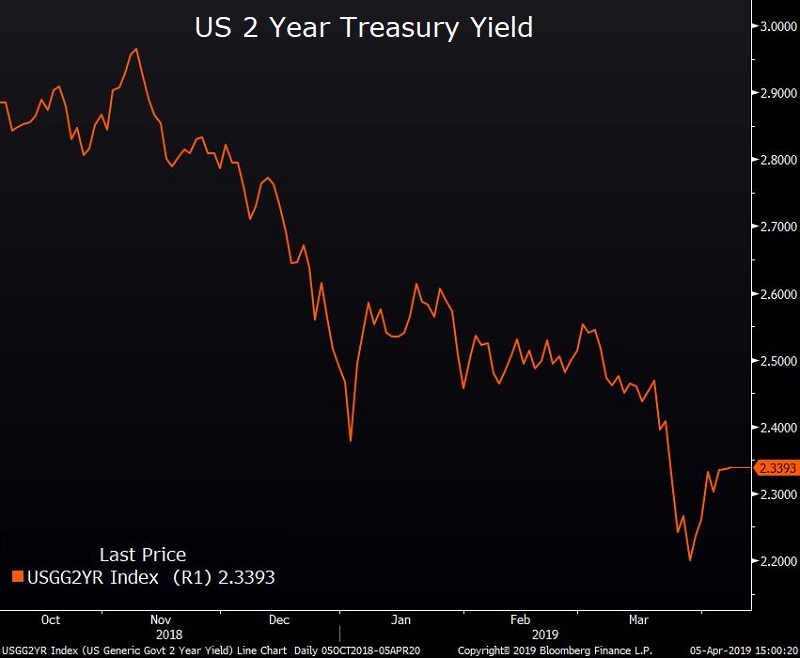 S&P 500 rises for 7th straight day after strong jobs report. The S&P 500 closed up 0.46%, and the Dow Jones Industrial Average rose 0.15%. The S&P 500 is now within 50 points of its all-time high while the VIX (or “Fear Index”) remains at a subdued level of 12.75. The risk-on move in equities has not been fully reflected in the bond market. Ten year treasury yield fell 1.6 bps today as the curve continued to flatten. Ten year yields have declined more than 20 basis points over the past month. Historically, ten year yields and the S&P 500 have been highly correlated, but the two have diverged noticeably over the past month. 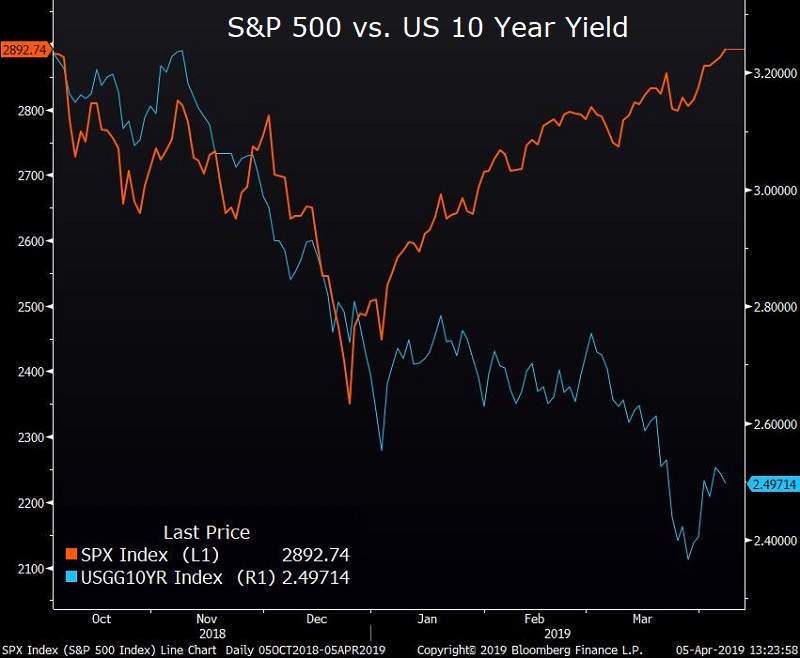