S&P 500 closes above 3000 as earnings season gets underway. The S&P 500 climbed 0.70% yesterday to close above 3000- it’s highest level in over a month, and only 0.60% away from its all-time high. The move was largely driven by optimism around a potential trade deal between the US and China. Larry Kudlow, a top economic adviser to President Trump said negotiations are “looking pretty good” and indicated a partial deal could be signed as soon as November. Looking ahead, 50 different companies in the S&P 500 are set to report earnings today. 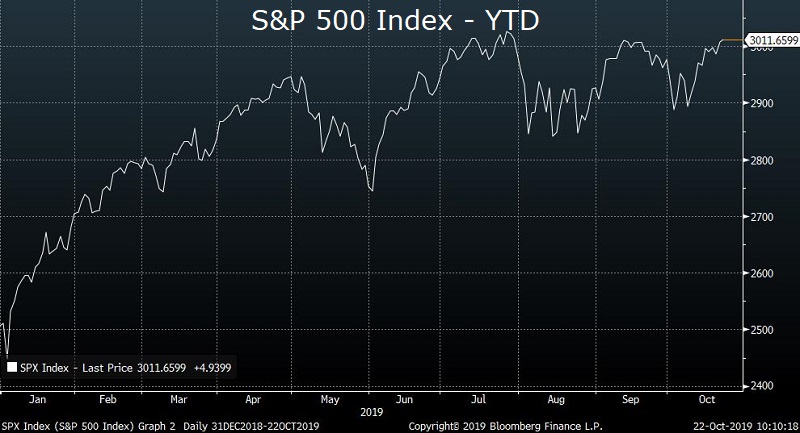 Rates rise across the curve amid positive trade sentiment. Treasury yields and swap rates rose 4-5 basis points across the curve yesterday, the 10-year Treasury yield rising to 1.80%. With the Fed in its quiet period, rates markets will be driven primarily by trade negotiations and Brexit. Currently, Fed Funds futures price in a 90.4% likelihood of a rate cut in one week’s time. 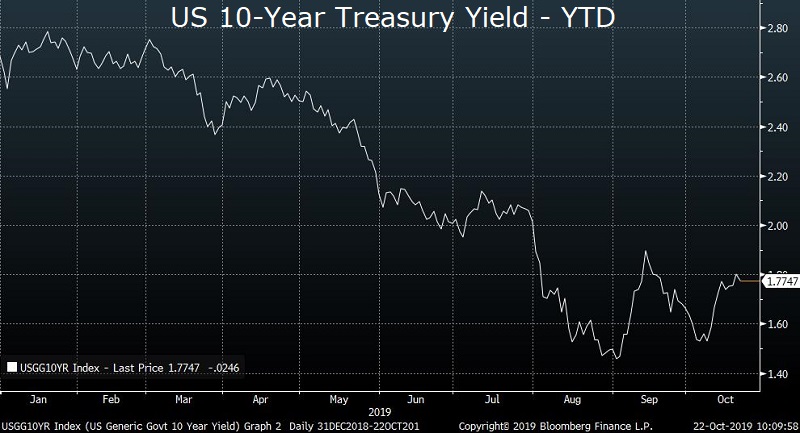 Brexit turmoil continues as vote blocked once more. While the risk of a no-deal Brexit has diminished significantly, Prime Minister Boris Johnson’s attempt to hold another vote on his Brexit deal was blocked by Speaker John Bercow yesterday. Boris Johnson was curt in his response saying “let’s get Brexit done on Oct. 31 and move on.” Once a Brexit deal is finally passed it will be just the beginning of a long protracted transition process- one that the EU’s chief Brexit negotiator has said will likely exceed the December 2020 deadline.