Treasury yields and swap rates fall as UK parliament votes against expedited approval of proposed Brexit agreement. Treasurys reversed their losses late yesterday as news emerged that the UK parliament had voted against Boris Johnson’s expedited timeline to approve his Brexit agreement. A temporary extension past the 10/31 deadline is now expected, though consensus is still that the agreement will be passed. Rates ultimately fell 3-4 basis points across the curve, the 10-year Treasury yield falling to 1.76%. Rates are again 2-4 basis points lower this morning amid mixed corporate earnings. 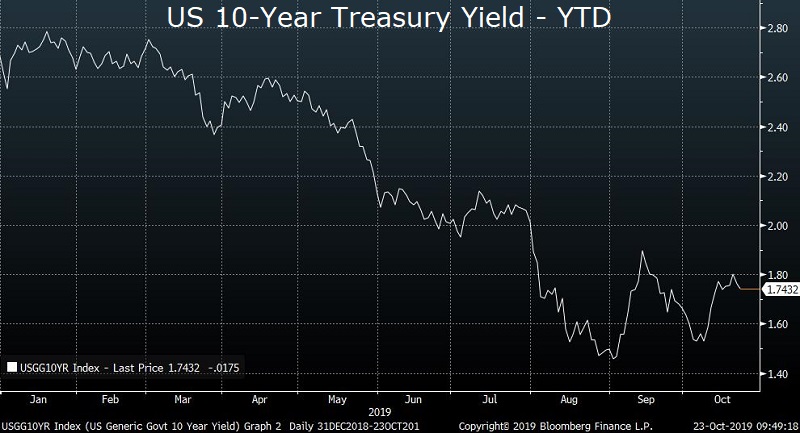 Fed takes in $50 billion of securities in continued overnight repo operations. While short-term rates have stabilized since the events of last month the Fed has continued to lend into overnight funding markets in an attempt to stave off any liquidity-driven jumps in rates. Oxford Economics now estimates that the Fed will eventually own 12% of the Treasury bill markets as it continues to buy short-dated debt. 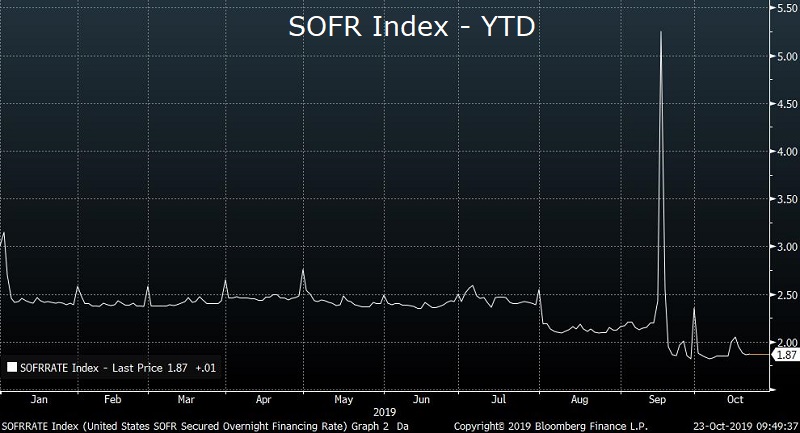 Equities mixed as earnings disappoint. Caterpillar and Texas Instruments both posted results that fell short of analyst estimates, Caterpillar’s results in particular causing concern as investors often look to the stock as a barometer for industrial and manufacturing activity. The S&P 500 sits 0.03% higher on the day after having closed down 0.36% yesterday. 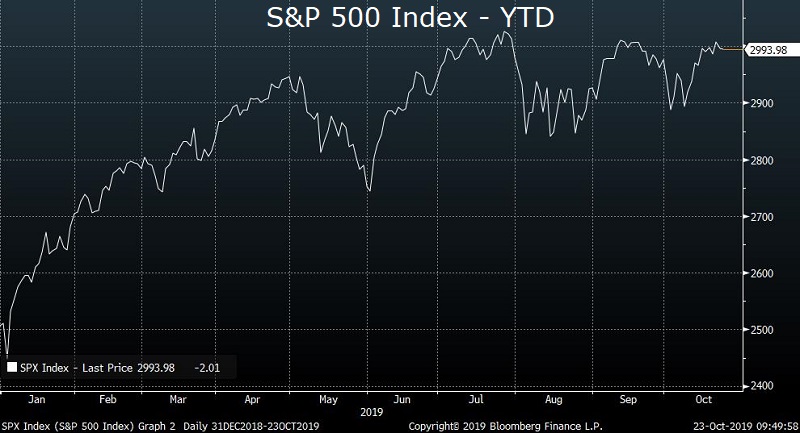