European Central Bank leaves policy rates unchanged, confirms restart of bond purchases. The ECB left their deposit rate unchanged at -0.50%, a move largely expected after last month’s big rate cut. The ECB also confirmed that they will purchase $20B worth of bonds each month as they attempt to kickstart inflation and growth. While ECB President Mario Draghi’s term is coming to an end, it’s unlikely Christine Lagarde (his successor and former head of IMF) will bring about any major changes as she is considered at least as dovish as Draghi. Lagarde inherits the monumental task of trying to increase inflation which has lagged under the ECB’s 2% target for nearly all of Draghi’s tenure: 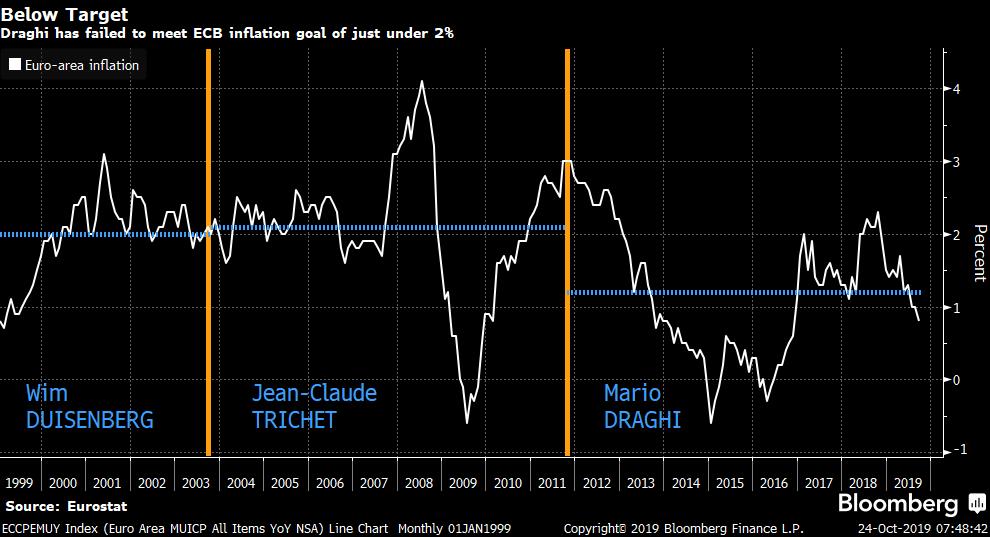 Fed announces increase in repo operations. Beginning today, the Fed will increase its activity in overnight repurchase agreement markets to $120B. The increase is an attempt to “ensure that the supply of reserves remains ample even during periods of sharp increases in non-reserve liabilities.” Today’s term repo operation was fully subscribed as well at $45B. Swap rates and Treasury yields moved mostly sideways yesterday, but sit 2-3 basis points lower this morning. 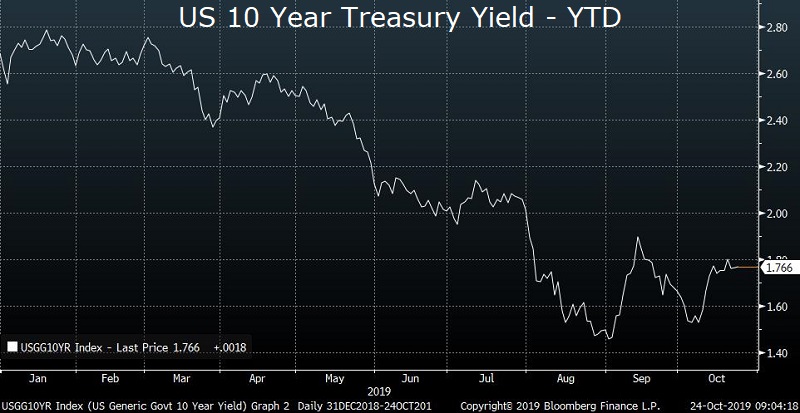 Durable goods orders contract more than expected. Durable goods orders fell by 1.1% in the month of September, a bigger drop than forecasted (- 0.70%). Later today we’ll get the latest manufacturing and services PMI’s along with new home sales figures. That data will be of increased importance as the next FOMC meeting approaches on 10/30. Currently, Fed Funds futures imply a 90% likelihood of a single 25 basis point rate cut to the Fed’s policy rate at that meeting. 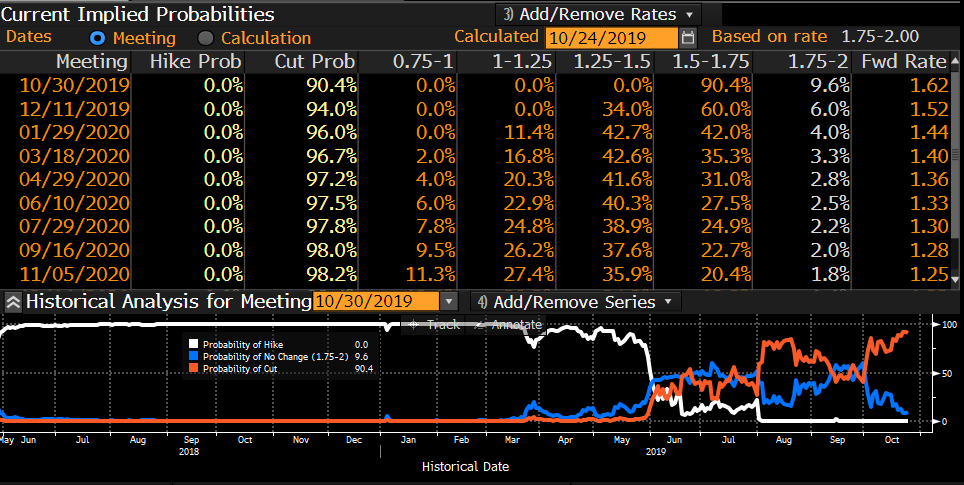