Stocks jump to new record as US and China appear to approach a “phase one” trade agreement. That news, coupled with a formal delay to the Brexit deadline helped risk assets rally yesterday, the S&P 500 rising 0.60% to close at an all-time high of 3,039. The DJIA and Nasdaq also rose, gaining 0.50% and 1.00% respectively. Markets will now turn their attention to a bevy of corporate earnings set to report- this morning General Motors and Alphabet have reported results that missed estimates, while pharmaceutical companies like Pfizer and Merck both reported strong results. 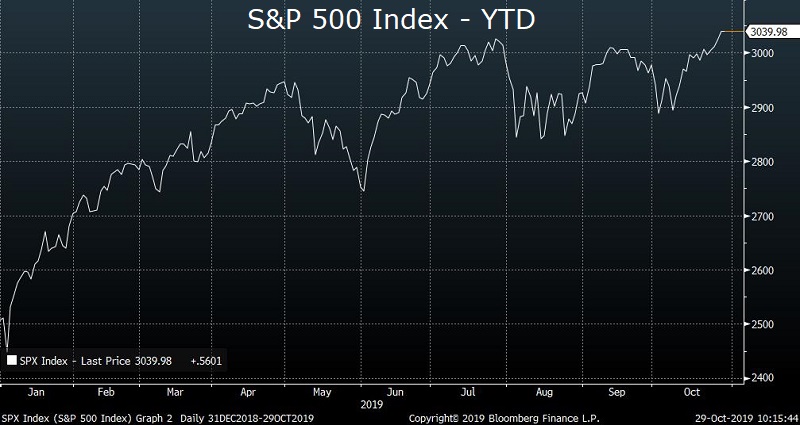 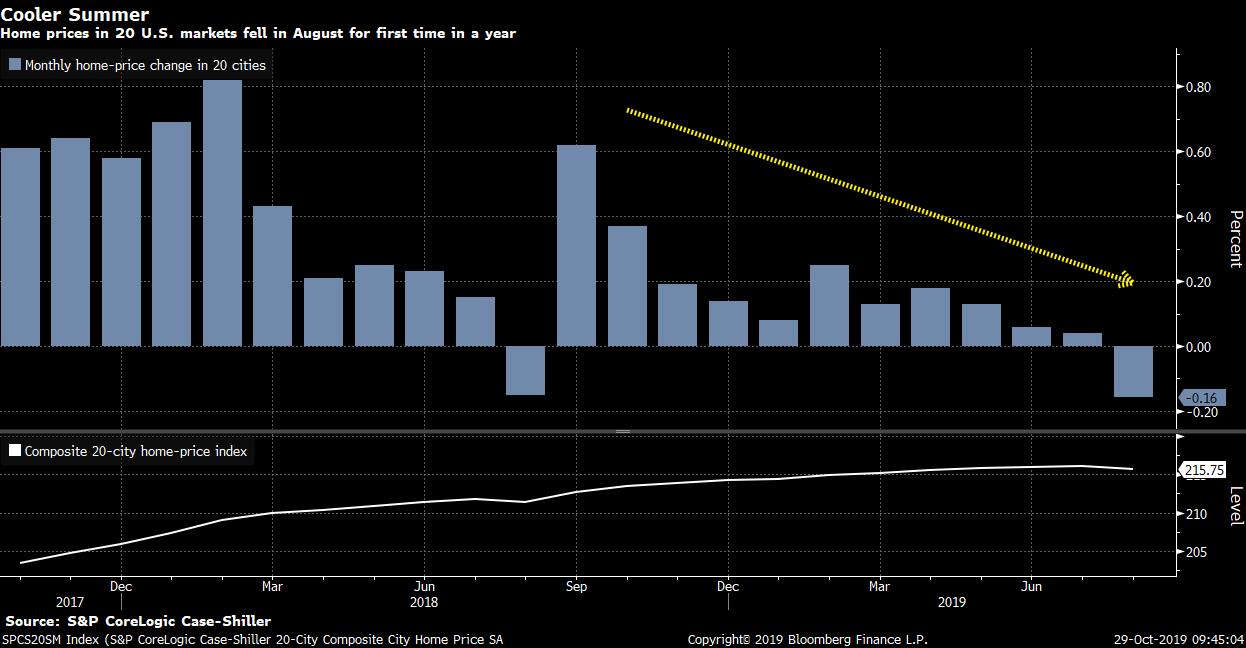 UK set for third general election in four years in an attempt to break Brexit deadlock. UK Prime Minister Boris Johnson and Labour Party leader Jeremy Corbyn both back a snap election to take place in early December. The election will effectively become a referendum on Brexit with UK Prime Minister Boris Johnson hoping he’ll win the majority he needs in parliament to pass his Brexit deal with the EU.