Another day with trade as focal point for markets. Stocks have hit record highs this morning after Economic Advisor Larry Kudlow said that a phase one China trade deal is down to the “short strokes.” Rates are modestly higher, the 10-year Treasury yield rising about 1bp to 1.827% after falling as much as 7 basis points yesterday. A phase one trade agreement, while a step in the right direction, is likely just the beginning of a longer protracted negotiation over trade, and one that markets will remain focused on for the foreseeable future.

US retail sales rebound but show signs of deceleration. One month after retail sales contracted by 0.30%, retail sales rebounded to increase 0.30% in the month of October. That was slightly better than the median forecast that had called for a 0.20% increase. While the headline number was strong, most categories actually declined on the month- signaling some softening headed into the end of the year. Consumer spending has single-handedly propped up economic growth this year, helping offset some significant declines in manufacturing activity and business spending. 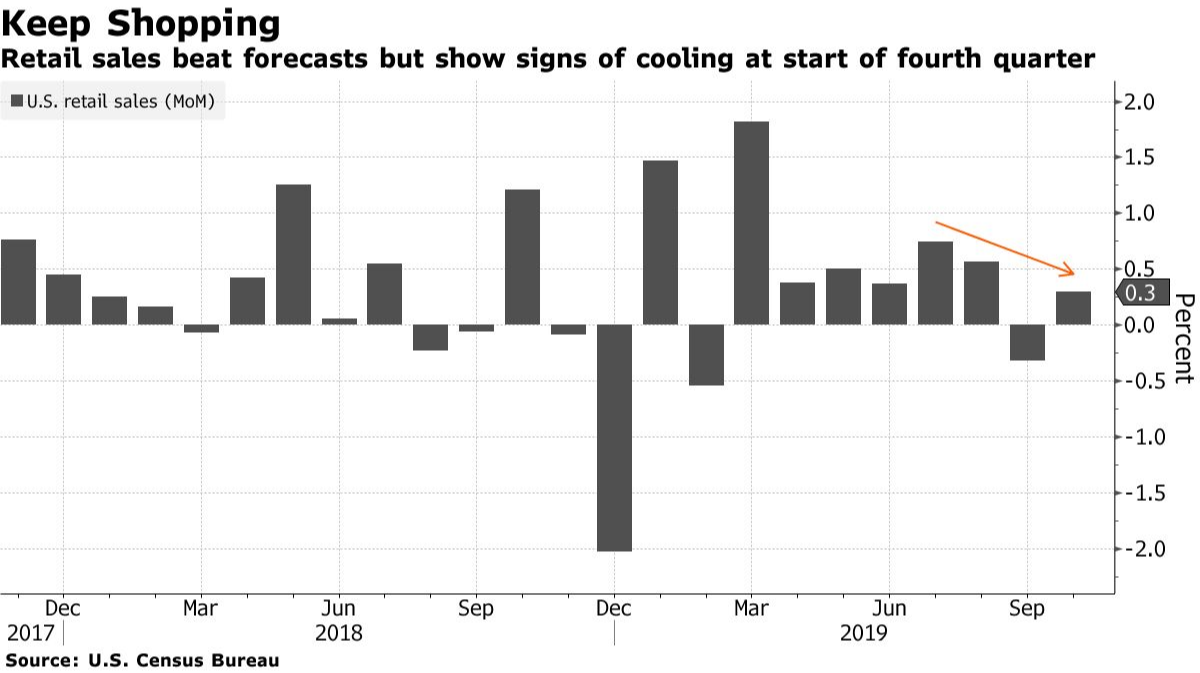 Fed Chair Powell sticks to the script once again in second day of testimony before Congress. While he had warned about the unsustainability of the national debt in his first day of testimony, Powell told the House that he does not view the threat as imminent and that any “day of reckoning” for the government is likely a ways off. He also added that he does not see any signs of a stock market bubble and that overall “it’s a pretty sustainable picture.”