Politics continue to drive markets, Treasury yields and swap rates falling 10 basis points over two days as “phase one” trade agreement seems less certain. The move yesterday retraces nearly half of the sell-off in Treasurys since the start of the month and was kicked off by a Wall Street Journal report that suggested trade discussions between the US and China have hit a snag over farm purchases. The news didn’t stop the S&P 500 from notching its 20th record of the year, closing up 0.10% to 3,094 and bringing its year-to-date gain to 23.4%. 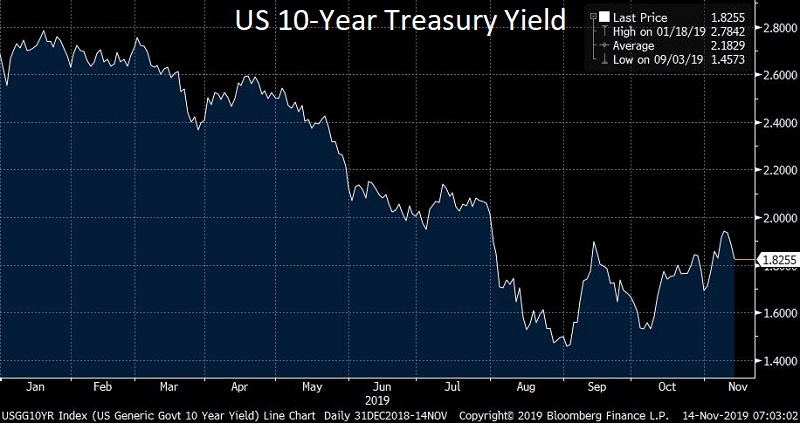 Fed Chair Powell reiterates his view that rates are on hold to Congressional committee, continues his testimony before the House today. Powell mostly stuck to the script in his testimony to Congress, saying that “we see the current stance of monetary policy as likely to remain appropriate.” Asked directly about negative interest rates, Powell said that negative rates would “certainly not be appropriate in the current environment.” Interestingly, Powell also offered a strong warning about the “unsustainable path” of the country’s fiscal situation, saying that “high and rising debt…could restrain fiscal policymakers ability to support economic activity during a downturn.” Powell’s testimony will continue before the House today. 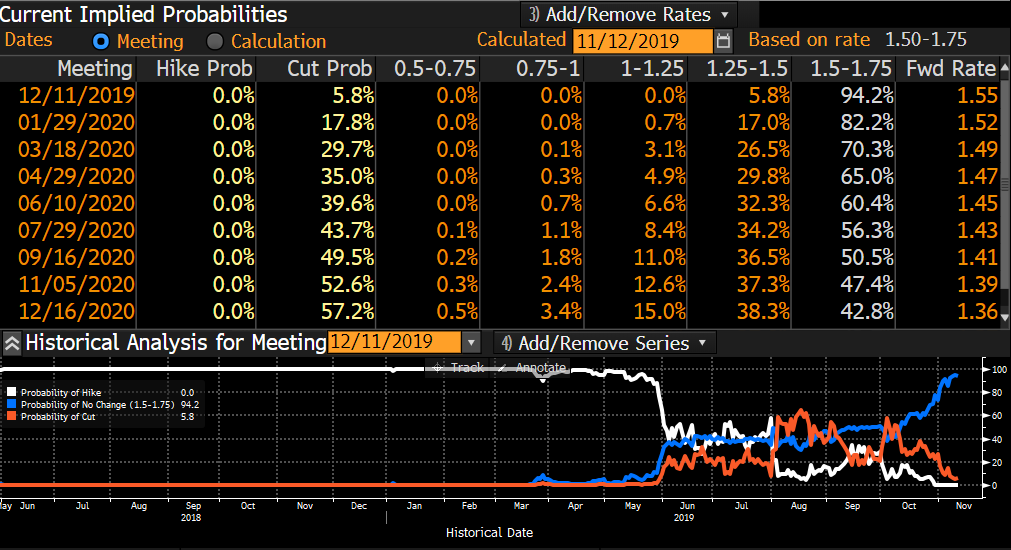 Google announces it will offer checking accounts in partnership with banks next year. The latest tech giant to move into consumer finance (following Apple’s credit card, and Facebook’s Libra currency), Google will offer checking accounts beginning next year in partnership with Citibank and a small credit union in California. Google’s approach differs from the approach of Apple and Facebook in that it will “partner deeply with banks and the financial system” rather than disrupt the existing industry. Google is likely most interested in the data on income, shopping habits and other information that checking accounts contain.