Housing starts surprise to the upside, sending rates higher. Housing starts regained momentum last month as construction on new homes rose 6% in the month of April to an annualized rate of 1.24 million. The news was taken positively by rates market as treasury yields and swap rates rose 2-4 basis points across the curve. The 10 year yield remains below 2.40%- a level It hasn’t been at since 2017. 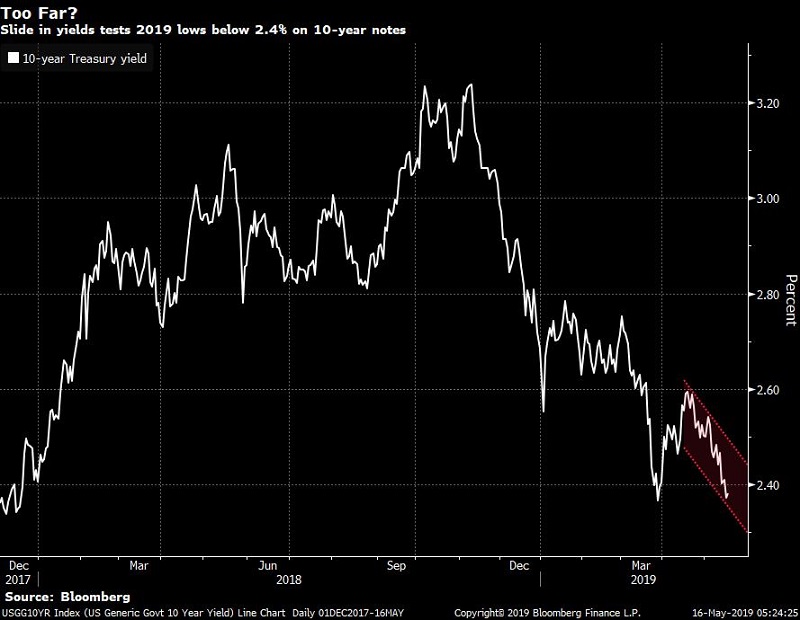 US equities rise for third straight day as Cisco and Walmart report strong earnings. Trade tensions remain in focus, particularly after President Trump threatened to blacklist the Chinese tech giant Huawei from doing business in the United States. Semiconductors was the lone sub-sector in negative territory today as Qualcomm and Avago fell between 3-5% on the Huawei news. Elsewhere, strong earnings and upbeat macroeconomic news propelled the S&P 500 and the Dow Jones Industrial Average to their third straight daily gain with the indices closing up 0.89% and 0.84% respectively. 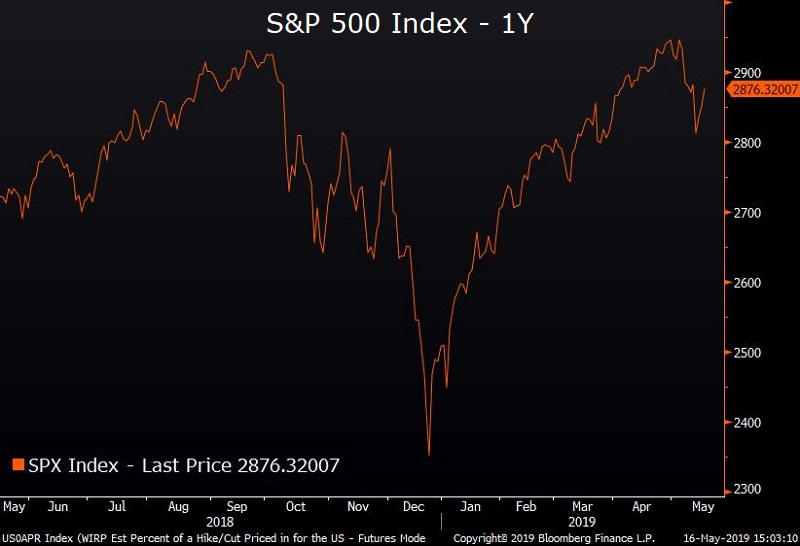 Theresa May indicates she will set timetable for resignation after a fourth Brexit vote. The House of Commons will vote on the UK’s departure from the EU for a fourth time in the coming weeks, after which Prime Minister Theresa May has indicated she will resign. The current Brexit deal is expected to be rejected for a fourth time, though this rejection will come without the looming threat of a “hard” Brexit after the EU voted to push the deadline to October 31st. Boris Johnson, who is known for his euroscepticism and nationalism, announced a bid to be the next leader of Conservative party, saying that he is determined to see Brexit become a reality. The pound fell for the fourth straight session to $1.2796. 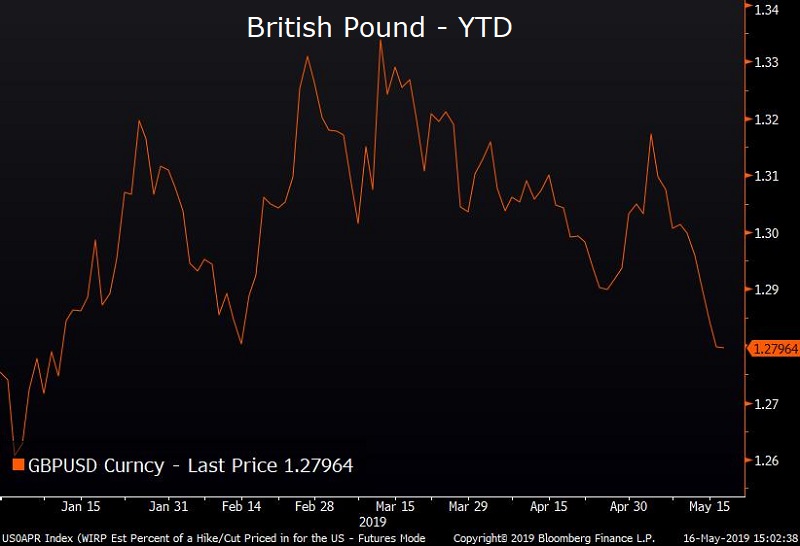