Atlanta Fed President Bostic does not see rate cut this year. Raphael Bostic made the comments during an interview this morning, saying that he has confidence in the economy, and that “things would need to happen” in order for rate cuts to play out. President Bostic also highlighted that inflation has remained subdued and that the low level of inflation is a sign of neutral Fed policy and that the Fed could keep rates steady “for a long time.” Treasury yields and swap rates climbed 2-3 basis points cross the curve on the day, though term rates remain precipitously close to policy rates.

Technology stocks fall, pulling US indices lower as trade concerns continue to dominate headlines. The S&P tech sector fell 1.8% as markets reacted to the news that Google would suspend delivery of software and services to China’s tech giant Huawei. Huawei is one of the only companies in the world able to create reliable and inexpensive 5G network equipment, a potential headwind for US tech markets for the immediate future. More importantly, the targeting of Huawei specifically now exposes US companies like Apple and Microsoft, who have significant operations in China, to retaliatory measures from the Chinese government. The S&P 500 and Dow Jones Industrial Average closed down 0.33% and 0.67% respectively on the day. 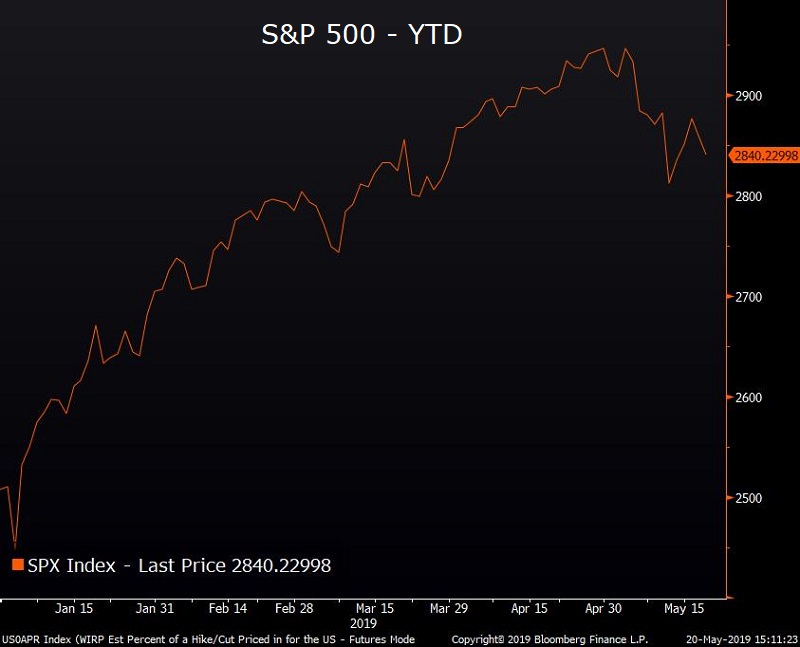 Crude rises as OPEC signals it will maintain production cuts. Saudi Energy Minister Khalid al-Falih confirmed as much, saying that the oil cartel and its allies will drive down crude inventories “gently” and will remain sensitive to a fragile market. US crude rallied on the news, climbing to $63/barrel, a level that figures to climb even higher should China sanction US energy markets. 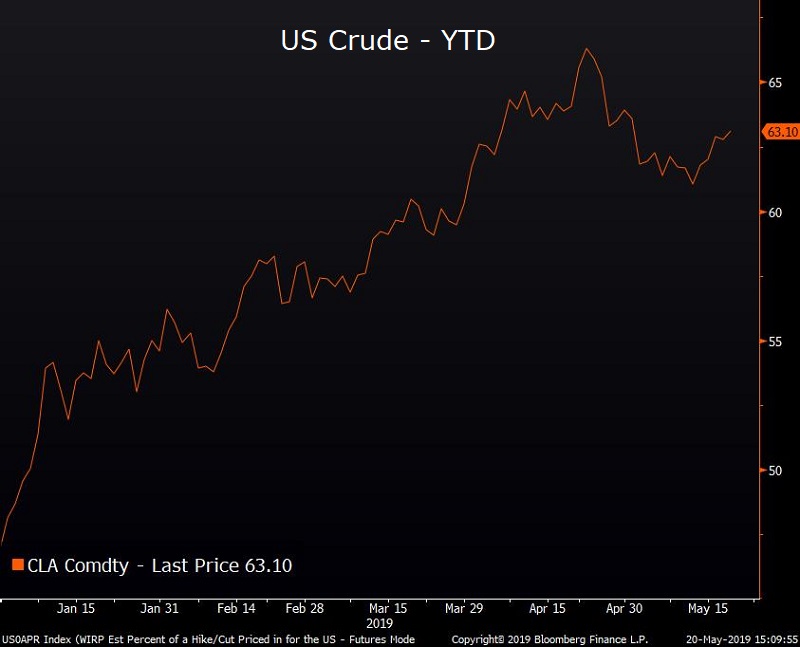