Powell warns that rising business debt could begin to impact economy negatively. Fed Chair Jerome Powell said that regulators should take the rising levels of business debt seriously, but added that comparing today’s credit market to the subprime mortgage crisis overstates the risks. Powell added that today’s risks are marked primarily by “aggressive underwriting” and growth in particularly risky corners of credit markets like leveraged lending. Albeit a lagging indicator, credit spreads on high-yield issuers have remained low since the peak at the end of 2018, a sign that for the time being investors are not expecting significant deterioration in high yield credits. 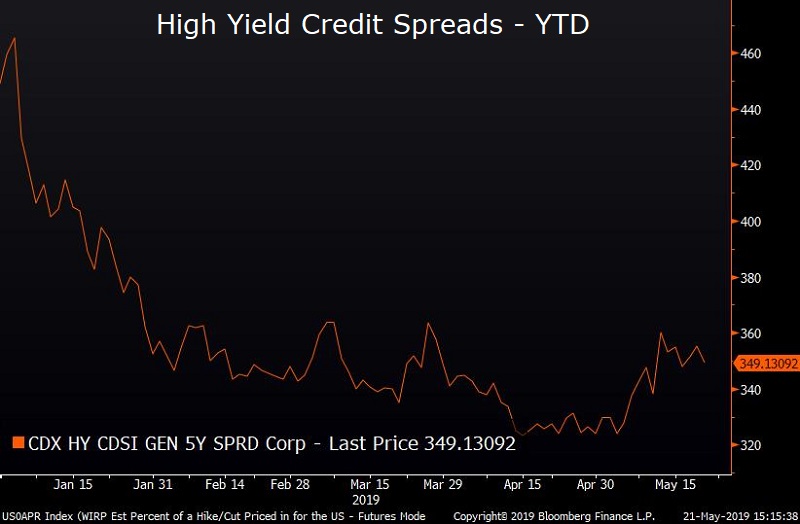 Rates rise, yield curve flattens ahead of tomorrow’s FOMC minutes release. In a mostly quiet day for Treasurys, rates moved in sympathy with risk assets, rising 1-3 basis points cross the curve. The largest moves were at the front end of the curve, and the spread between 10 year and 2 year yields narrowed to 17 basis points. Boston Fed Chief Eric Rosengren was among the Fed officials to speak today and was the latest to say that he sees no pressing need to hike or cut rates. Interestingly, Rosengren did mention that the Fed’s 2% inflation target could be reached quickly if further tariffs are imposed and that the US economy is displaying “sounder footing” than expected. Tomorrow’s FOMC minutes will help shed light on any bias the Fed has towards near term hiking or cutting of rates- currently markets are pricing in a 67% chance of a rate cut by year end, a sentiment that does not yet appear to be reflected in Fed official comments. 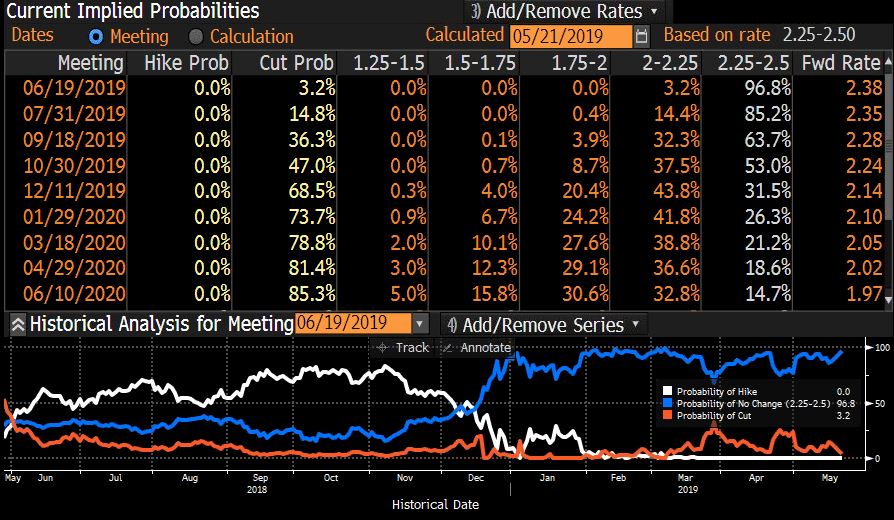 Equities rise as White House announces temporary reprieve for Huawei. Despite ongoing concerns about suspected corporate espionage, the White House announced it will allow US companies to continue doing business with Chinese telecom and consumer electronics company Huawei for the next three months, after which the company will be subject to a US export ban. Trade-exposed sectors rose as investors took solace in the small step towards trade de-escalation, with the S&P tech sector rising 1.2% on the day. The S&P 500 and Dow Jones industrial average ultimately closed up  0.77% and 0.85% respectively, while the NASDAQ closed up 1.07%. 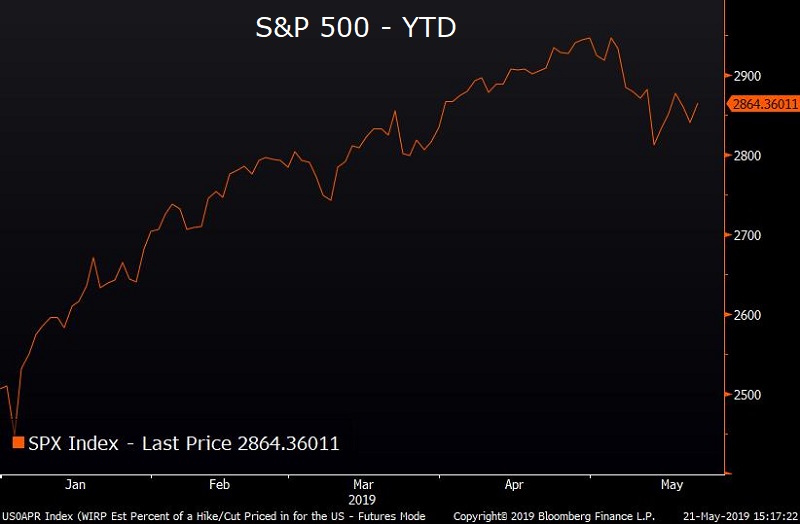