Commitment to “patience” evident in Fed minutes. The most recent FOMC minutes released today showed the members remain committed to keeping rates unchanged for the immediate future, holding the federal funds rate in the 2.25% to 2.50% range. The minutes also showed some debate about persistently low inflation, but did not include any explicit discussion of a rate cut. Some FOMC members even seemed supportive of further rate increases if the US economy holds its course, though the majority of the committee remained committed to keeping rates intact for the time being. 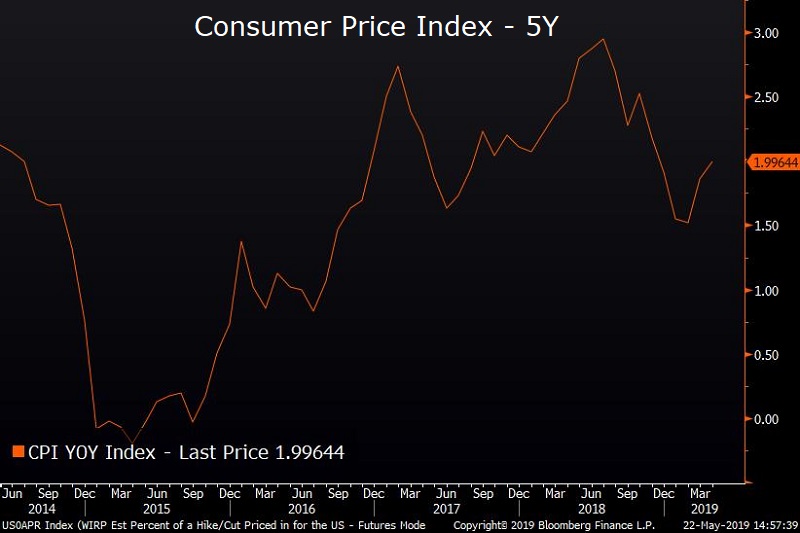 Treasurys benefit from safe haven bid, yields fall 3-5 basis points on the day. Treasury prices rose across the curve early in the day, pushing yields and swap rates lower. Rates did not react much to the Fed minutes release in the afternoon, despite confirmation that much of the FOMC sees inflation as temporarily depressed. The 10 year Treasury yield closed down 4.4 basis points to 2.382% 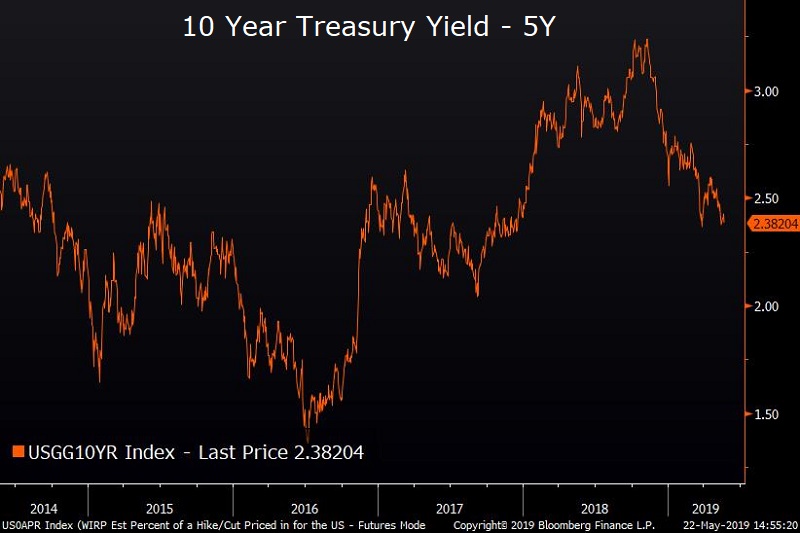 Unease continues to permeate equity markets after reports that Trump administration is considering blacklisting another Chinese company. The company, Hikvision, a surveillance equipment provider, would be the second Chinese company placed on a restricted list by the US government, and would mark an additional escalation in trade tensions between the world’s two largest economies. The Chinese government has promised to retaliate with tariffs on US goods and has given no indication that a trade agreement with the US is likely in the near term. Tech stocks, which had rallied yesterday after renewed optimism around trade, fell back 0.57% on the day. The S&P 500 energy sector fell 1.58% as the latest US crude inventories showed a large increase in stockpiles – with US crude prices closing down 2.7%. 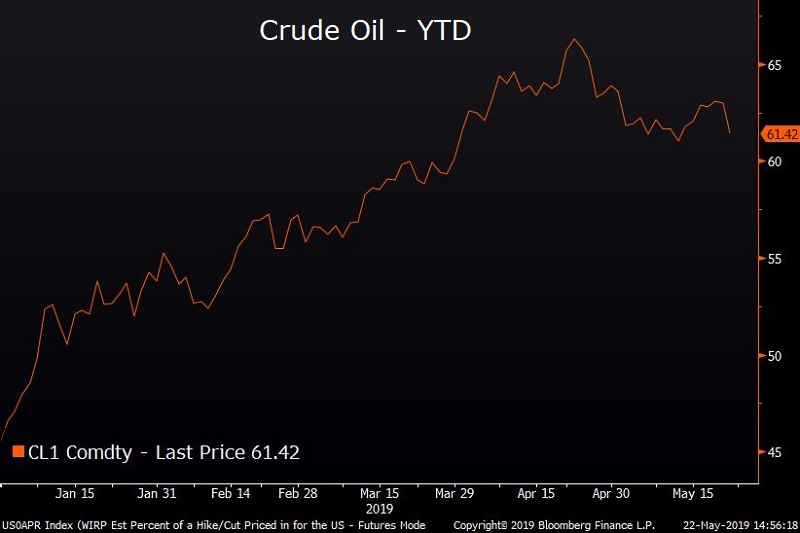