US equities fall across the board as US and China trade relations continue to deteriorate. Both the US and China have hardened their language and have taken steps to support local industries most likely to be harmed by a long-lasting trade conflict. In particular, President Trump’s decision to make $16 billion in direct payments to tariff-harmed farmers is a sign that the trade skirmish may devolve into a protracted trade war. The S&P 500 and Dow Jones Industrial average fell for the second straight day, led lower by sectors exposed to the trade conflict. Technology and energy stocks were among the biggest losers on the day, falling 1.73% and 3.13% respectively. The VIX or “Fear Index” moved higher to 16.9, an elevated, but not yet panicky level. If the S&P 500 does not rally ~2% tomorrow in a holiday-shortened session then the index will close down for the third straight week. 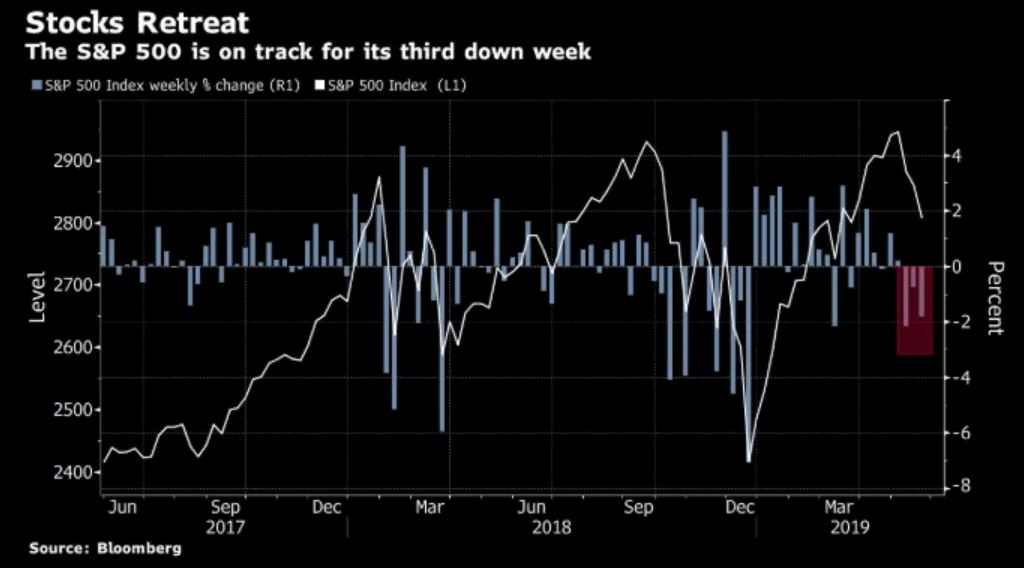 Treasurys continue to rally as risk assets sell off, pulling 10 year Treasury yields to lowest level since 2017. Treasury yields fell 5-8 basis points across the curve as bonds rallied. Swap rates followed suit, declining 8-10 basis points on the day. The 10 year Treasury yield closed down at 2.319%, a level not seen since late 2017 and a full 5 Fed hikes ago. Fed Funds futures now imply an 81% likelihood of a rate cut in the next 6 months, and a 0% likelihood of a rate hike for the next year. The move comes despite the absence of any discussion of rate cuts in the latest FOMC minutes and as some Fed officials appear to be leaving the door open for further hikes should inflation accelerate later this year. 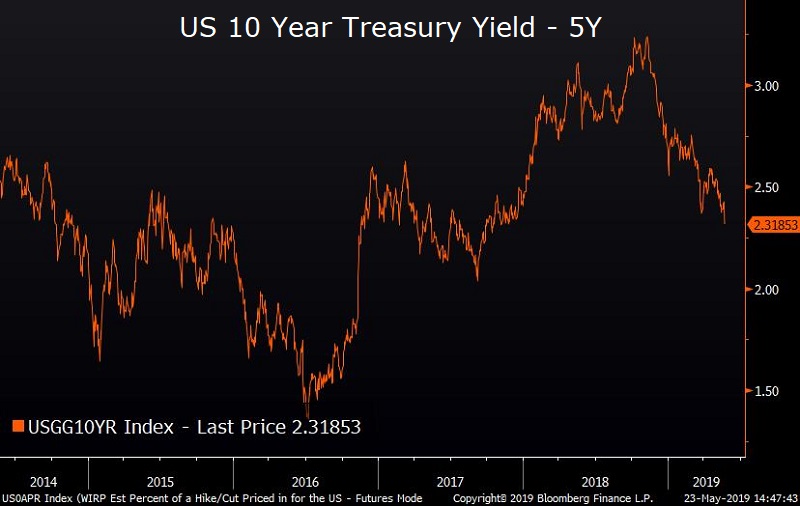 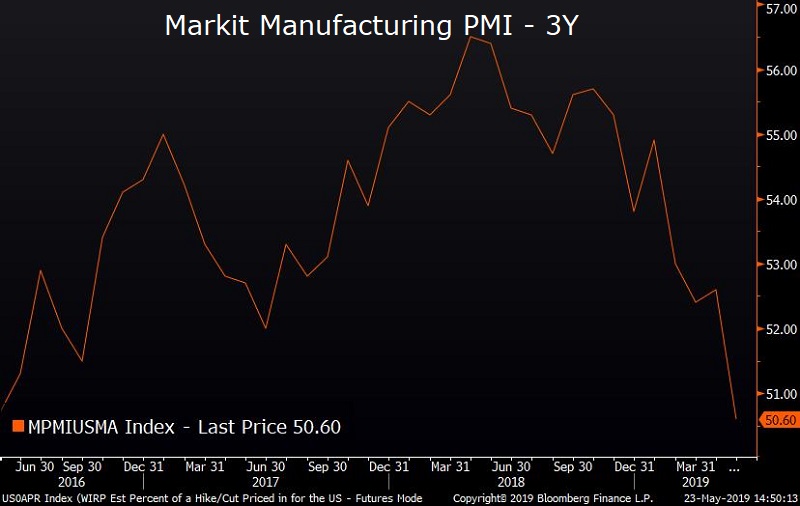