Swap rates and Treasury yields climb, risk assets close higher for a fifth straight day.  Market action yesterday was largely driven by a surprise jump in service level activity- the PMI composite rising to 47.9 and nonmanufacturing index rising to 57.1, both beating forecasts.  Equities ended the day higher, with the S&P 500 and DJIA closing up 1.6% and 1.8% respectively.  In rates markets, Treasury yields and swap rates rose marginally across the curve — the 10-year trading slightly lower this morning at 0.66%. 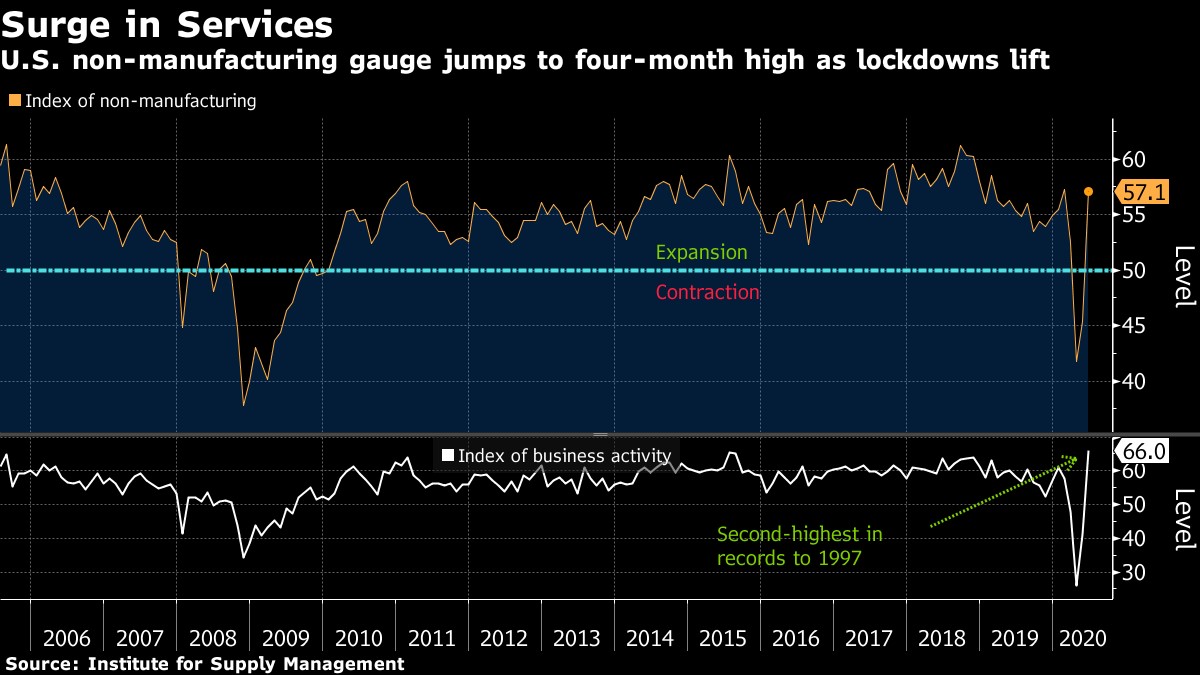 US officials urge China to increase purchases of American goods and services.  On Monday, the US Chamber of Commerce and 40 trade associations drafted a letter calling for Chinese officials to make good on “phase one” trade agreements.  Head of international affairs at the US Chamber of Commerce Myron Brilliant added, “We want to express support for the Phase One agreement and underscore the critical need for the agreement to be fully implemented.  The business community wants to prevent this deal from becoming a casualty of the rising tensions in the bilateral relationship.”  Signed in January of this year, the Phase One trade agreement called for China to purchase approximately $200 billion worth of US goods and services spread over the next two years.  In light of the coronavirus pandemic, China is currently falling short of American purchase targets.  In recent weeks, Chinese business activity has shown signs of a rebound after lockdown measures caused a 6.8% economic contraction in Q1.  Economists are forecasting a 1.1% growth in the second quarter as economic activities resume across the country. 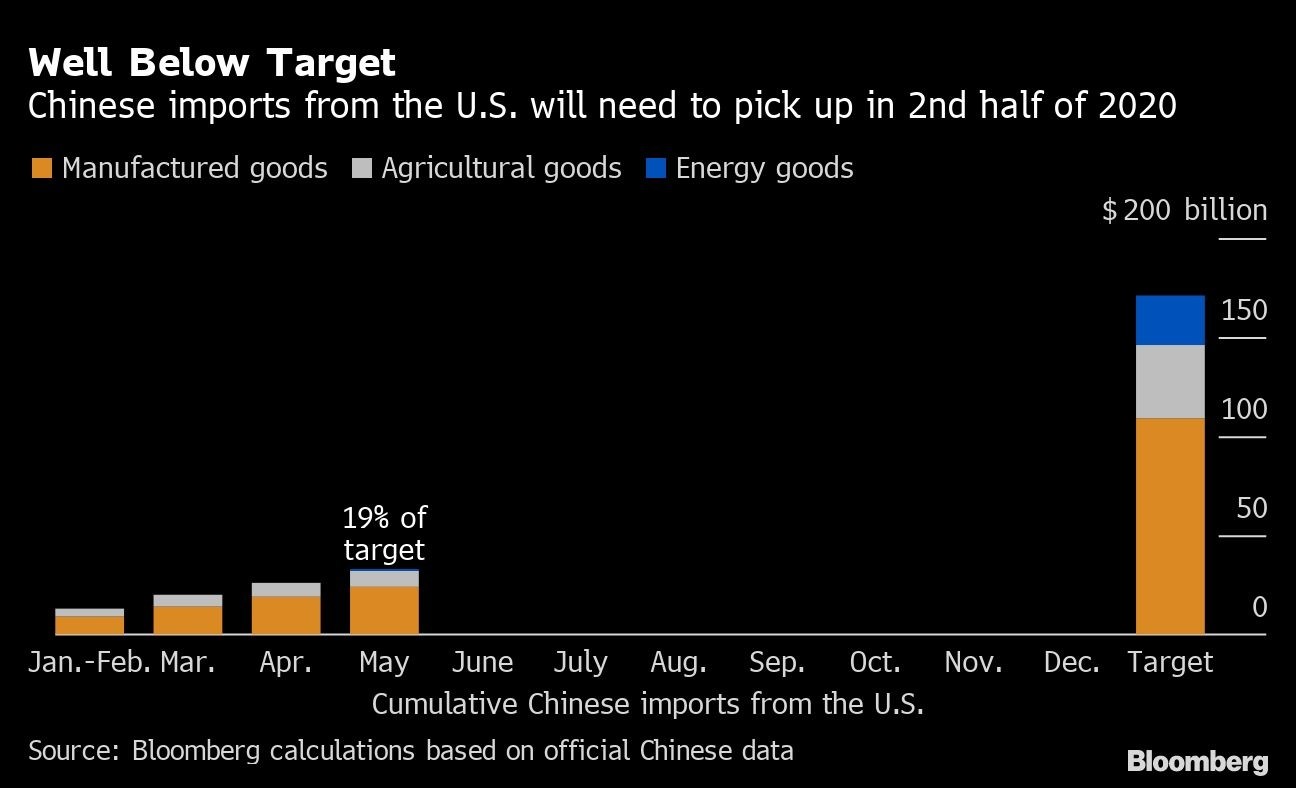 The Trump administration revealed a list of companies that received loans from the PPP.  The list was not always intended to be distributed to the public, both Treasury Secretary Mnuchin and the SBA had initially implied that the names would remain private.  After receiving criticism from Democrats who demanded increased transparency regarding the loans granted, the administration made the move to publish a portion of the list.  The Treasury and SBA published the names of business that received loans of $150,000 and above, only about 13% of total loans granted.  Data revealed the largest shares of PPP dollars were mainly split between healthcare, construction, and manufacturing, with applicants in California receiving the most money overall.  After approving 4.9 million loans and distributing over $520 billion, the SBA has $132 billion left to allocate. 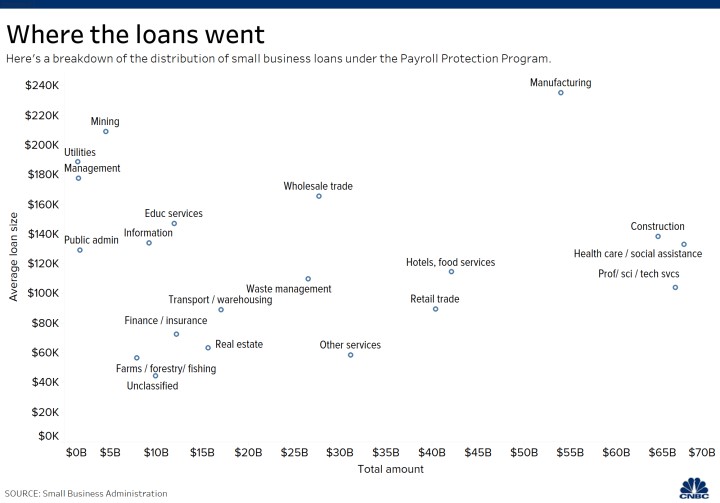