Major indices close at session highs despite weak data. The weekly initial jobless claims report highlighted yesterday’s key economic data releases, revealing 2.981M more Americans filed for unemployment. The numbers have remained elevated since mid-March, with the total rising to 36.5M jobs lost. Minneapolis Fed President Neel Kashkari commented on the growing unemployment during his speech by adding that an economic rebound may be more drawn out than originally anticipated, echoing the sentiments of Fed Chair Jerome Powell. Kashkari added with finality that a “V-shaped recovery is off the table.” Equities experienced a volatile day of trading, with the S&P 500 and Dow Jones ultimately closing up 1.2% and 1.6% after trading in the red for the majority of the session. Treasury yields and swap rates continued their decline, with the 10-year closing down 3 basis points. The 10-year UST yield has extended its decline this morning to 0.60% (-1.5bps). 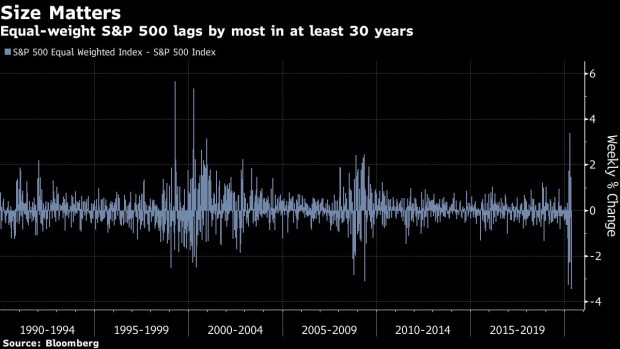 Tensions between the US and China continue to rise. President Trump continues to toy with the idea of backing out of the phase-one trade deal signed in January, threatening, “we could cut off the whole relationship. If we did, what would happen? You’d save $500 billion.” President Trump continues to be critical of China, as he believes Beijing had the ability to stop the outbreak in its initial stages. Trump’s comments were not well received by China’s Foreign Ministry, who responded that the US should “stop spreading disinformation or misleading the international community.” Among several retaliatory measures, President Trump is taking a closer look at Chinese companies trading on US stock exchanges, threatening to impose US accounting rules. The SEC currently allows foreign companies trading on US exchanges to use international accounting standards. 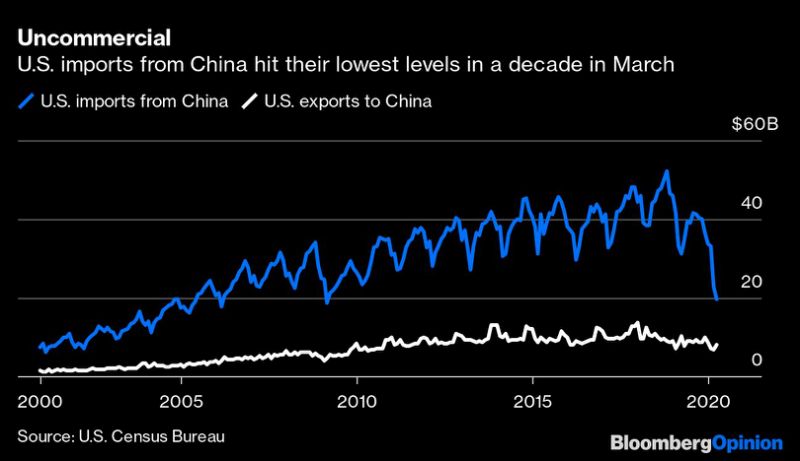 New 20-year bond set to begin trading on May 20th. The US Treasury has reintroduced the 20-year bond, when-issued trading implying a yield around 1.09%. The Treasury confirmed the auction size to begin at $20B. Treasury spending has risen by over $3T in the past few weeks to combat the impact of the coronavirus on the US economy. Treasury Secretary Steven Mnuchin plans to finance the rising debt with current low interest rates, adding, “Between 10 years, 20 years, and 30 years, we’re borrowing an awful lot of money long term so that we can lock in this $3 trillion for a very, very long period of time.” 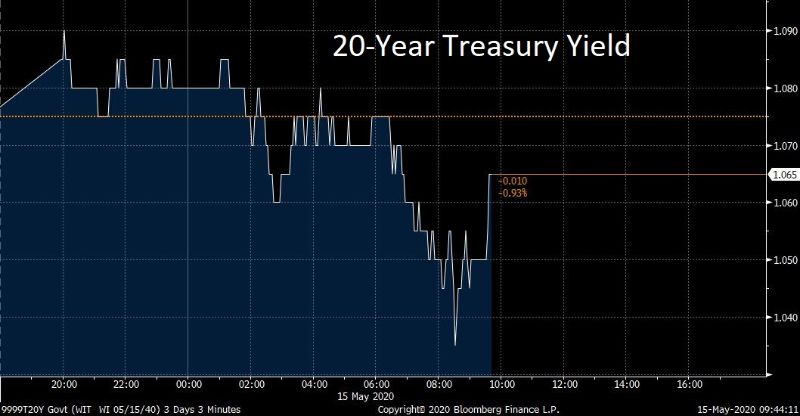 Day ahead. This morning, retail sales for April were released. After plummeting 8.7% in March, sales fell 16.4% in April (-11.2% expected). The Empire State Manufacturing Survey conducted by the New York Fed rose to -48.5 in May, growing 29.7 from April’s figures. A level below 50 reflects an economic contraction. While the level is still in the negative territory, it has risen from April’s record low. Industrial production and manufacturing for April will be released later this morning, with economists predicting a 11.5% and 11.4% M/M drop. These figures are almost double March’s figures, as the brunt of the virus hit businesses late March. The Labor Department will release their JOLTS’s report later this morning, which tracks monthly changes in job openings. Economists predict March’s figures having declined by almost 1M from February’s figures to 5.9M.