Nonfarm payrolls report reveals worst unemployment rate since Great Depression. This morning’s jobs report was widely expected to be the worst in history and did not disappoint. Unemployment rose to 14.7% in the month of April- the highest jobless rate since the Great Depression. Over 20.5mm workers lost their jobs last month, disproportionately lower earners, which helped hourly wages jump to 4.34%. The unemployment rate was better than some forecasts that had called for a 25% jobless rate, but that was likely due to a steep decline in labor force participation. One silver lining to the report- nearly 4 out of 5 unemployed Americans are temporarily furloughed rather than truly jobless. While a true “v-shaped” recovery may seem unlikely now, many of those workers who are temporarily unemployed could return to work quickly if the COVID-19 pandemic is contained. Treasury yields sold off marginally on the report, the 10-year yield rising to 0.66% after falling over 6 basis points yesterday. 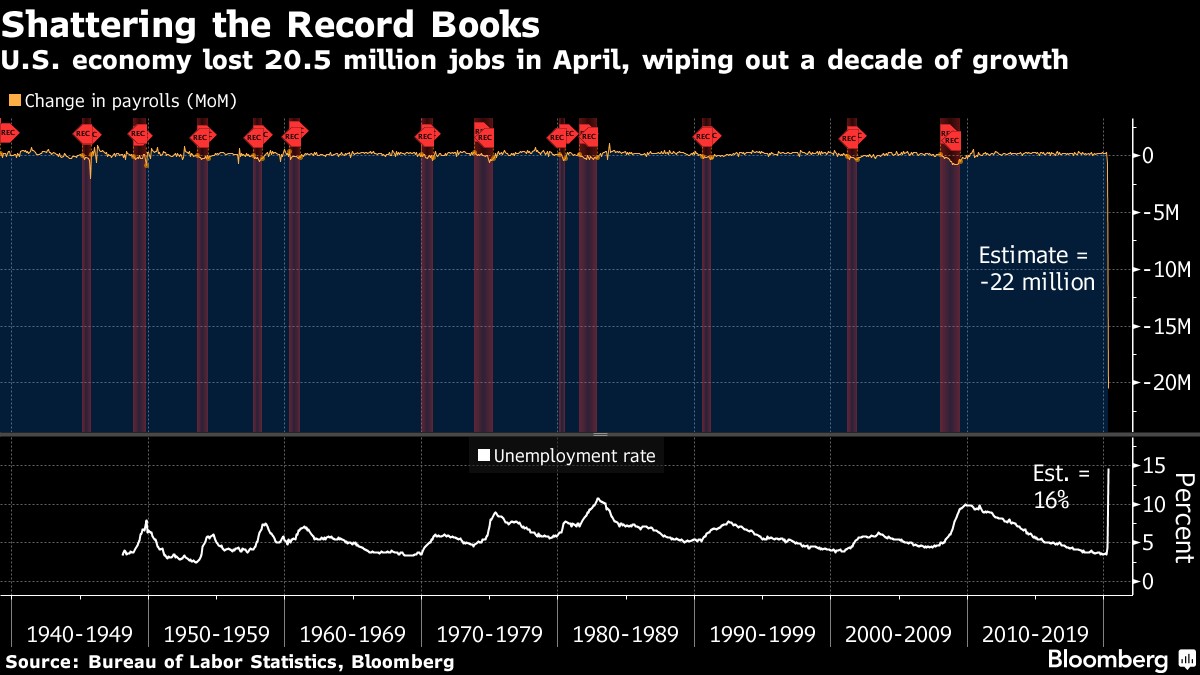 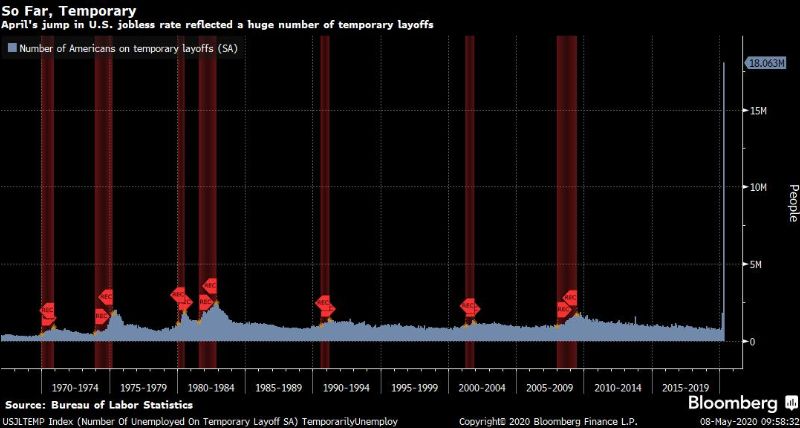 Stocks continue to march higher as Treasury yields hit new all-time lows. The dislocation between bond prices and stocks continues to widen, recent gains implausibly bringing the Nasdaq Composite and S&P 500 within 8% and 15% respectively of their all-time highs while rates hit record lows. The latest rally in Treasurys has pulled 2-year yields down to 0.13% and Fed Funds futures now imply a negative policy rate for the first time ever. While the Fed has maintained that negative interest rate policy would not be appropriate in the US (and has failed elsewhere), experts still caution that ruling out negative rates altogether would be a mistake. 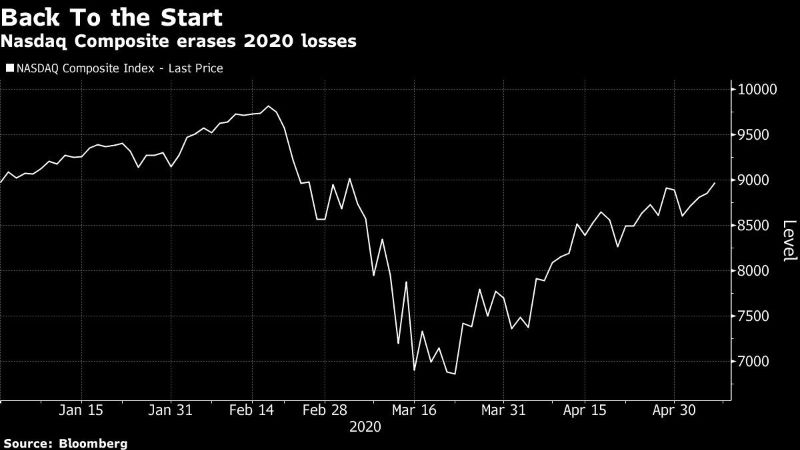 Day ahead. With this morning’s nonfarm payrolls report out of the way, markets will turn their attention to the bevy of corporate earnings being released today as 18 different members of the S&P 500 report first quarter results.