Coronavirus pandemic continues to wreak havoc on the jobs market. Often a leading indicator to the Labor Department’s comprehensive jobs report, the ADP National Employment Report published yesterday showed 20.2M jobs lost in April in the US private sector, the report’s worst reading since the survey started 18 years ago. Tomorrow’s payroll release is expected to be equally as grim, with median forecasts pointing towards a 21 million decline in nonfarm payrolls and the unemployment rate surging to 16%. This morning, the Labor Department released their weekly jobless claims figure, which revealed 3.2M Americans filed for the week ending May 2nd. 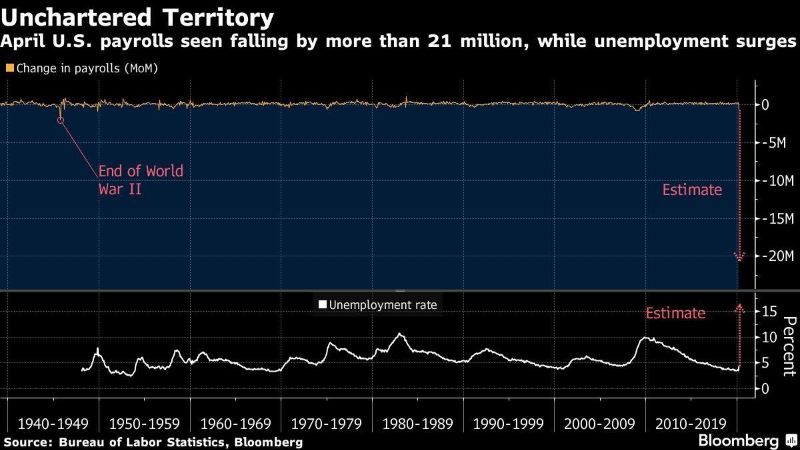 Treasury Department to increase auction sizes, issue new 20-year bond as borrowing needs rise. On Monday, the Treasury announced it would ramp up its borrowing to $2.999T in Q2, explaining that its “borrowing needs have increased substantially as a result of the federal government’s response to the Covid-19 outbreak.” The Treasury has already amassed $1.46T since the end of March after backing multiple Fed lending facilities and Congress-approved economic rescue packages. To assist in generating the additional funds, the Treasury announced Wednesday morning that it would increase its auction sizes of longer-dated securities, in addition to issuing $20 billion worth of a new 20-year bond. UST yields on the long end of the curve rose in response to the announcement — the yield on the 10-year UST climbed 4bps during yesterday’s trading session to 0.70%. 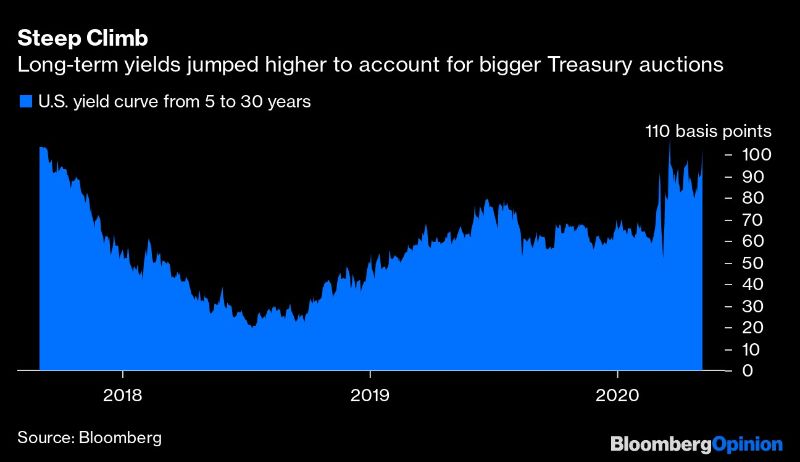 Day ahead. Q1 nonfarm productivity and unit labor costs were published today, with figures showing a -2.5% and 4.8% change Q/Q. During Q4 of 2019, productivity rose by 1.4% with output rising by 2.4%. The brunt of the coronavirus hit the labor force closer to the end of the quarter, so figures published may be skewed. Minneapolis Fed President Neel Kashkari and Philadelphia Fed President Patrick Harker will reflect on the current economic outlook.