Equities ended Tuesday’s trading sessions higher as states continue to reopen. California Governor Gavin Newsom revealed initial plans to ease lockdown restrictions throughout the state. Fed Vice Chair Richard Clarida spread further optimism throughout markets as he forecasts economic recovery could begin in the second half of the year, indicating that a “V” recovery might be around the corner. This news was enough to offset increased US-China tensions, as President Trump announced during morning comments that he has not spoken with President Xi and has called for increased international transparency regarding virus reporting. President Trump also called on the European Union to back the US in its probe of China’s role during the pandemic. The Dow Jones and S&P 500 closed the day 0.6% and 0.9% higher, while Treasury yields also rose across the curve. The 10-year Treasury is trading higher this morning at 0.68%. 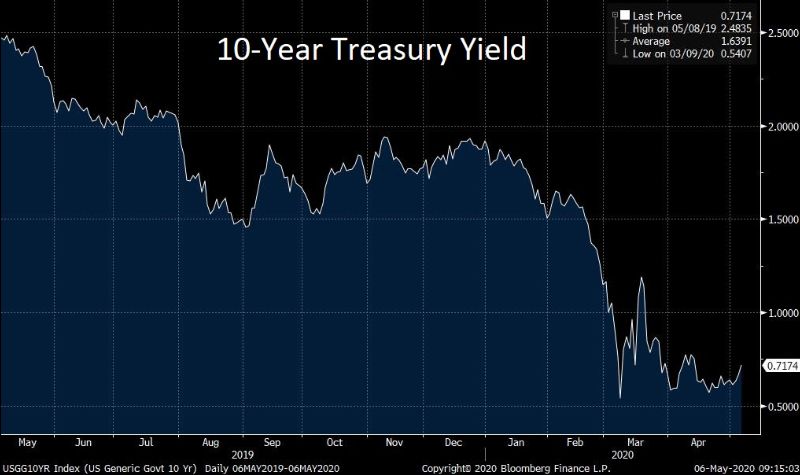 US and UK discuss a trade agreement. US trade representative Robert Lighthizer and International Trade Secretary Liz Truss kicked off discussions on a post-Brexit trade deal. Historically, US-UK trade has been level, with imports and exports totaling $63.2B and $69.1B respectively last year. In statements released by both countries, the leaders hope to arrive on a “historic agreement” soon that “would contribute to the long-term health of our economies, which is vitally important as we recover from the challenges posed by Covid-19.” 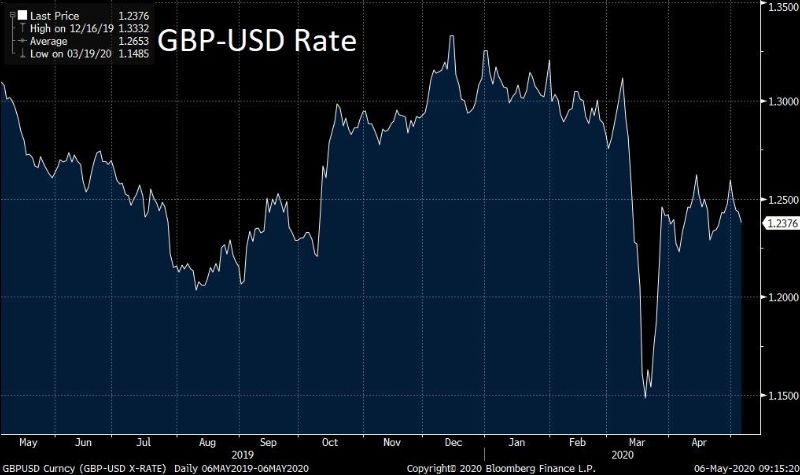 Day ahead. ADP’s employment report was released this morning, with April’s private payroll reporting a loss of 20.2M jobs. The unemployment number is a large jump from March’s figure as the labor market only felt the full effect of the virus late in the month. Later this morning, the EIA will report weekly changes on petroleum inventories in the US, with crude growing by 9M barrels the prior week. This afternoon, Atlanta Fed President Raphael Bostic and Richmond Fed President Thomas Barkin will speak on the pace of US economic recovery.