Trade roller coaster continues as US puts eight Chinese companies on blacklist and China bans NBA broadcasts. The Chinese companies on the US blacklist will now be unable to sell goods in the US without a government license- denting the optimism that had surrounded the upcoming trade talks. China had already taken the step of halting NBA broadcasts earlier yesterday in response to a tweet by the general manager of the Houston Rockets that appeared to support Hong Kong’s ongoing protest movement. US equity futures point to a lower open in reaction to the news. 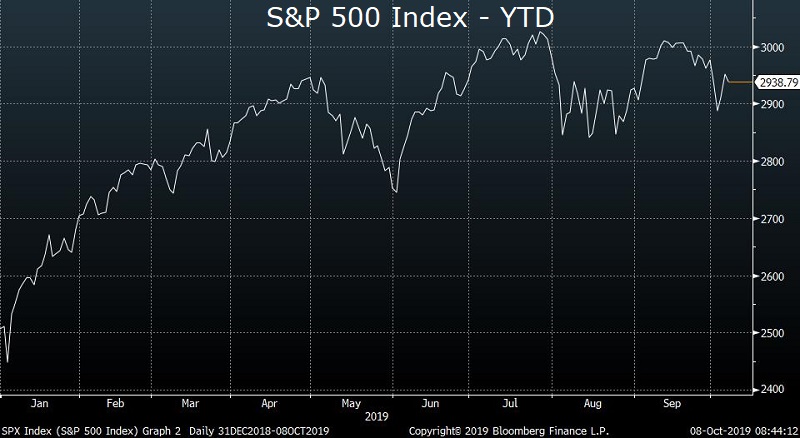 US producer prices fall by most in four years. US Core PPI for the month of September fell by the most in four years, showing a decrease in prices of 0.3% even though forecasts had called for a 0.2% increase. That’s the biggest monthly drop in core PPI since 2015, suggesting that weak demand is forcing companies to lower prices and is preventing them from passing along higher costs from tariffs. Producer prices are closely watched as they hint at inflation expected to show up at the consumer level. The consumer figure (CPI) will be released on Thursday, current forecasts call for a 2.4% increase on an annual basis. 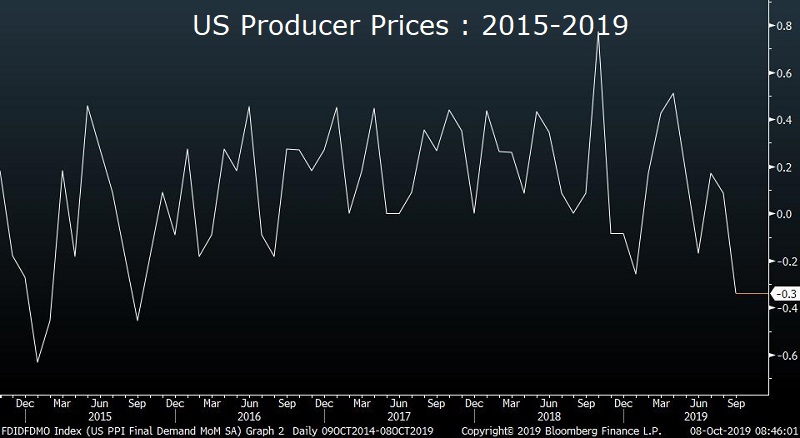 Gap between market’s expectation for rate cuts and Fed’s rhetoric opens up again. Markets now price in a 75% likelihood of a 25 basis point rate cut at the next FOMC meeting on 10/30/2019 and an additional cut by January 2020. That pricing stands apart from recent comments by Fed officials- Regional Fed Presidents Eric Rosengren and Esther George both saying that they “don’t see the need for additional accommodation.” Neel Kashkari, Minneapolis Fed President (and noted dove), said that the “economy appears to be showing more risks” and “inflation continues to come in below our target.” How the discrepancy between the Fed’s public comments and the market’s pricing gets resolved remains to be seen, but so far this year the market has correctly anticipated each of the preceding rate cuts by the Federal Reserve. 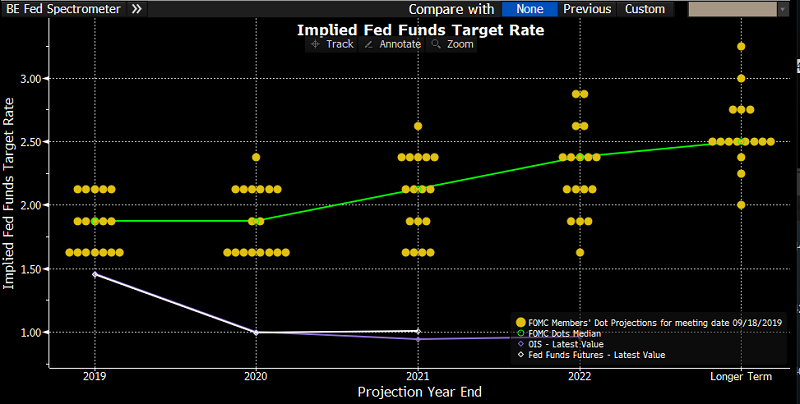