Chicago Fed President Charles Evans says that markets have gotten ahead of Fed on expecting cuts. Evans’ comments come a day after St Louis Fed President Jim Bullard said he sees a case for a rate cut. Like Bullard, Evans acknowledged the persistently low inflation, but cited the strong economy as a reason why the Fed was still far away from any sort of easing of monetary policy. Evans added that he sees the recent price action in 10 year Treasurys as a flight to quality rather than an outright wager on a reduction in short rates. Jerome Powell, also speaking at the Chicago Fed, cut the middle ground between the two –  saying that the Fed was “closely monitoring” trade developments and would cut rates if necessary to keep the economy on track. 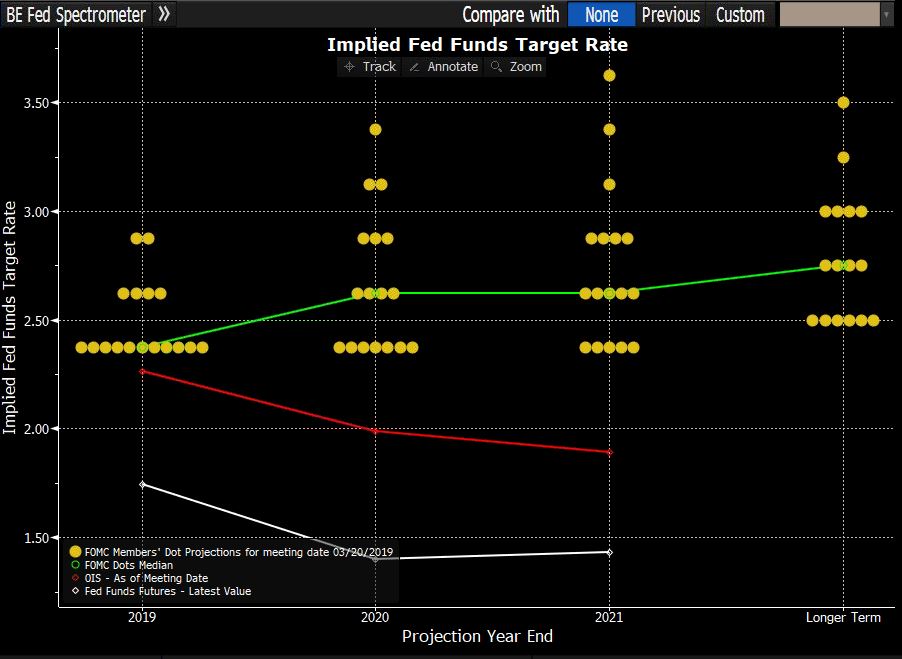 Treasurys sell off as risk assets rally, yields rise 6-8 bps across the curve. Treasurys appeared to trade in sympathy with risk assets, with yields and rates rising despite Fed Chair Powell’s suggestion that the central bank could cut rates if the economy deteriorated. Today’s sell-off continued the widening in the spread between 10 year-2 year Treasury yields- reaching a year to date high of 24 bps. The steepening of that part of the yield curve has come while the 3 month- 10 year spread has gone the opposite direction- inverting to -22 basis points. Each are often referenced by economists as indicators of future recession- making the dispersion between the two that much more notable. 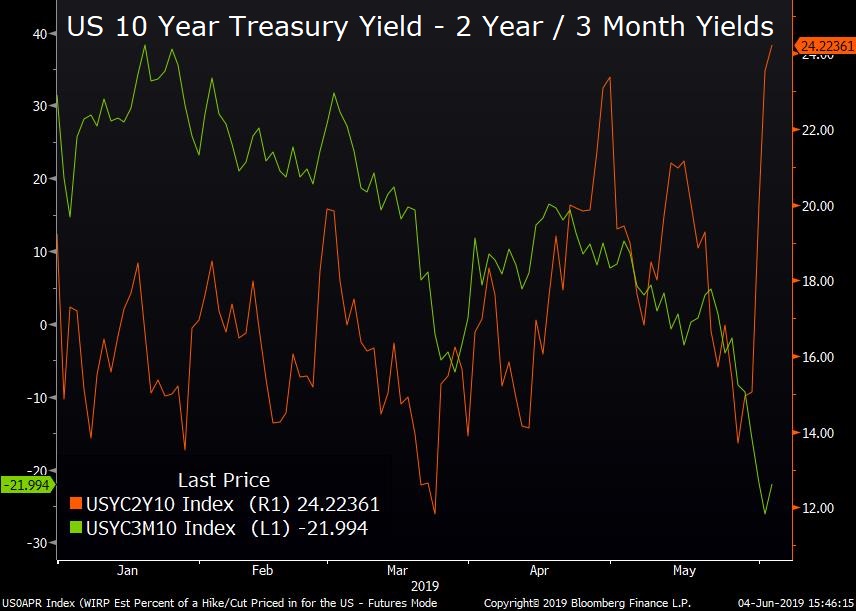 ISDA is still finishing the work it has undertaken to produce better fallback mechanics for derivatives.  By updating their definition of USD LIBOR to address LIBOR cessation, there will be a workable mechanism that will guide market participants following a LIBOR cessation event.  In the path that ISDA is following, if a LIBOR cessation event occurs, their likely recommendation is that the USD LIBOR derivative will convert into a SOFR derivative.  If the fallback mechanism is implemented, LIBOR would be replaced with the compounded average of SOFR in arrears with a spread adjustment.  The spread adjustment would be static and not be updated.  Although ISDA has given us this preview of fallback mechanics via their work on the non-USD IBOR fallbacks, ISDA is still consulting on USD LIBOR, with the comment period ending in mid-July.