Weaker-than-expected jobs data sparks early flight to safety, but Treasury rally abates towards end of session. The ADP National Employment Report (the preview to Friday’s more comprehensive jobs figures) showed US employers hiring at their slowest pace since 2010 (27k realized, 185k expected), igniting a risk-off rally that saw short-term yields decline by more than 10bps. The gap lower proved to be short-lived, with yields/swap rates finishing the trading session 1-2bps lower from their opening levels. Today’s report is yet another example of how the ongoing trade tensions continue to make their way into US economic data, and financial markets will be closely monitoring the Labor Department’s jobs release on Friday for further confirmation. 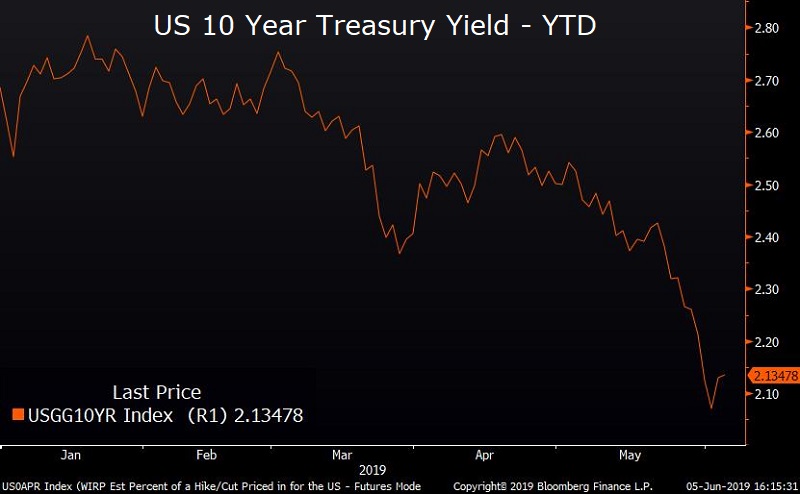 US-Mexico trade negotiations go nowhere. Today trade representatives from the US and Mexico were unsuccessful in reaching an accord, pointing towards an increased likelihood of the 5% import tariffs that President Trump threatened last week becoming active. June 10th has been designated as the go-live date, with the door being left open for that level to climb to 25% in October if a deal cannot be struck. The underlying hurdle remains the flow of immigrants from Mexico into the US – a hot topic issue that both side can’t seem to find common ground on. A retaliation from Mexico has yet to be announced, adding further uncertainty to the trading relationships of the US. 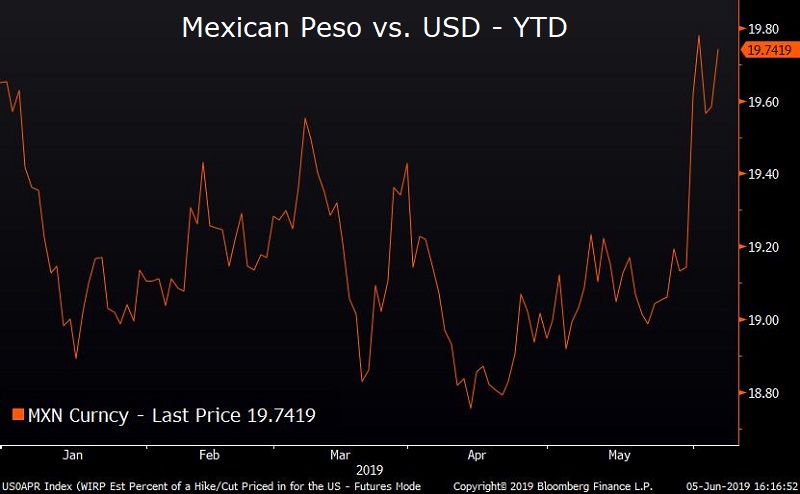 US equities continue to bounce back, climb for second straight session. The S&P 500 and Dow Jones Industrial Average both rose 0.82% on the day, the energy sector the lone negative sector on the day. The VIX or “Fear Index” pulled back to the benign level of 16.09, signaling relatively subdued interest in hedging US equities. Elsewhere in risk assets, US crude fell into a bear market after US stockpiles reached a two year high. US crude fell to $51.68/barrel, the lowest level since January of this year. 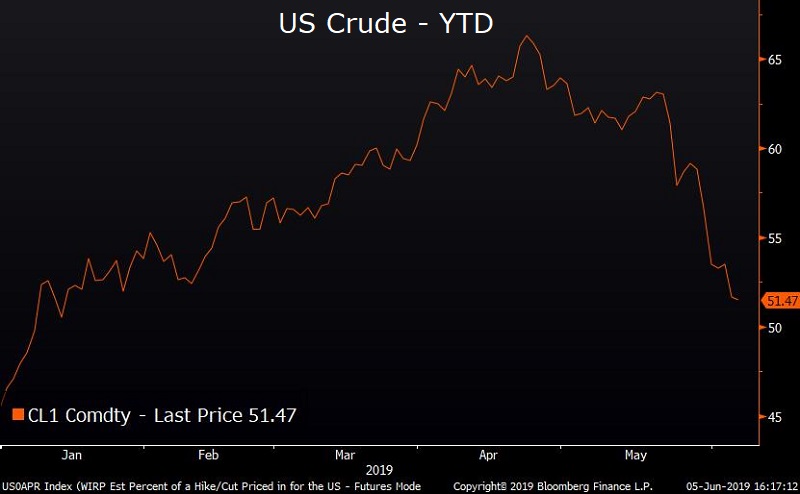