Jobs report disappoints, payroll figure coming in much lower than forecast while wage growth slows for third straight month. The jobs report got even worse when it came to prior month revisions, as a previously strong April number was chopped from 263,000 down to 224,000. The slowdown in hiring came across multiple industries, suggesting a broad-based slowdown in job growth and little impact from seasonality. Average hourly earnings rose at a 3.1% annual rate, slowing for the third consecutive month, which is the longest streak since 2009. Stronger inflation is a prerequisite to any normalization of monetary policy, and if inflation continues to remain low, the clamoring for Fed rate cuts will only grow stronger. 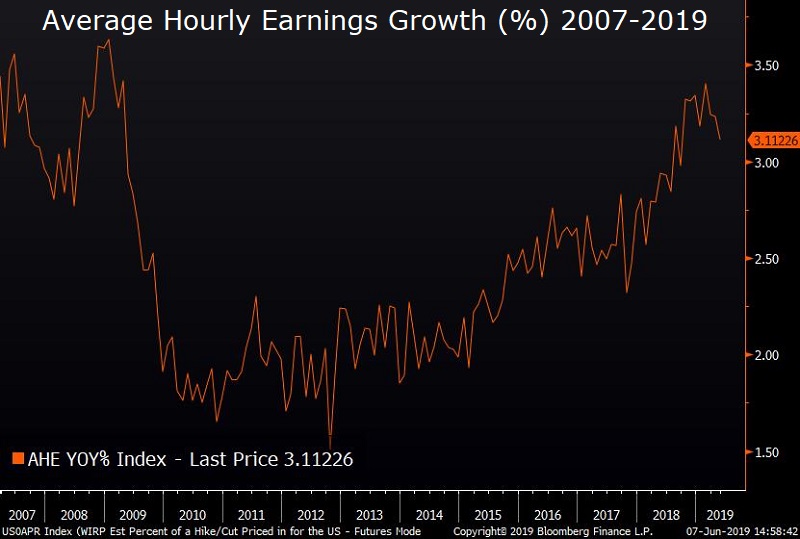 Treasurys rally yet again, but retrace gains towards the end of the session. Treasury yields and swap rates fell as much as 8 basis points at the open after the surprisingly poor jobs report, but slowly climbed higher as the session wore on. Ultimately, Treasury yields closed 3-4 basis points lower across the curve, with swap rates following suit. Currently, Fed Funds futures imply an astonishing 64% likelihood of a rate cut at the July FOMC meeting, and a 52% likelihood of two rate cuts by the September meeting. Both are remarkable considering the Fed’s consistent commitment to patience, and Chairman Powell’s previous characterization of low inflation as “transitory.” 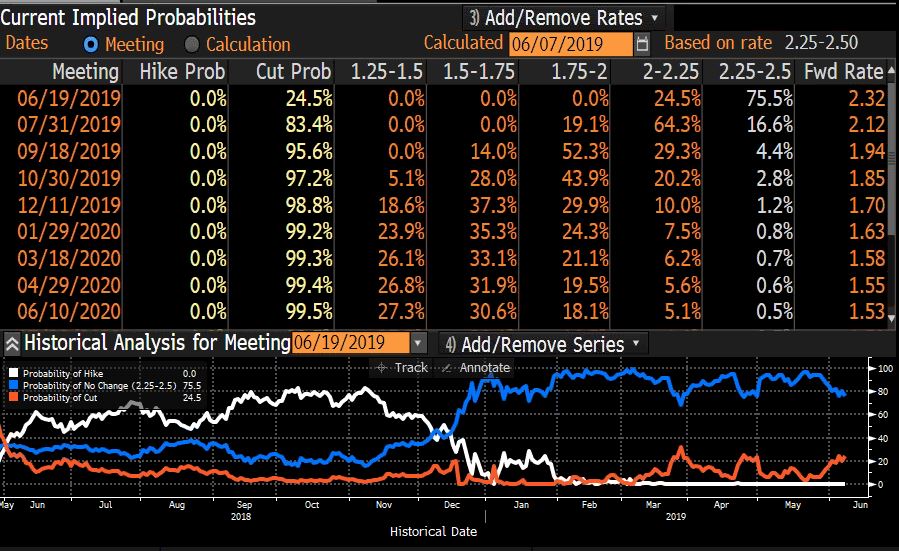 Equities end the best week since November on a high note. While weak economic data has spooked the bond markets, equity markets have celebrated the potential equity impact of another round of easing in US monetary policy. The S&P 500 climbed 1.1% on the day, bringing its weekly gain to 4.4% while the Nasdaq closed up 1.7% to bring its weekly total to 3.9%. The rally has come despite continued negotiations between the US and Mexico to prevent new tariffs and an apparent stalemate in trade talks with China. 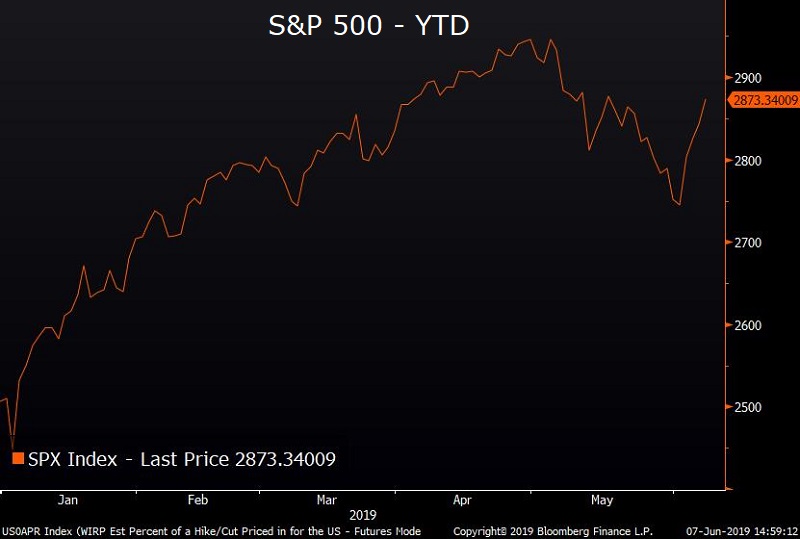