Clarida says Fed may consider rate cuts if the economic outlook takes an unexpected turn for the worse. Fed Vice Chair Richard Clarida also said that Fed officials would be “nimble” in adjusting their policy, particularly if the “incoming data were to show a persistent shortfall in inflation” or if the data were to indicate that there was “material downside risk” to the Fed’s outlook. Inflation certainly has fallen short of the Fed’s target, but for the time being US growth remains robust–a fact that was reinforced by this morning’s strong Q1 GDP report which showed the U.S. economy expanding at a healthy 3.1% clip in the first quarter. 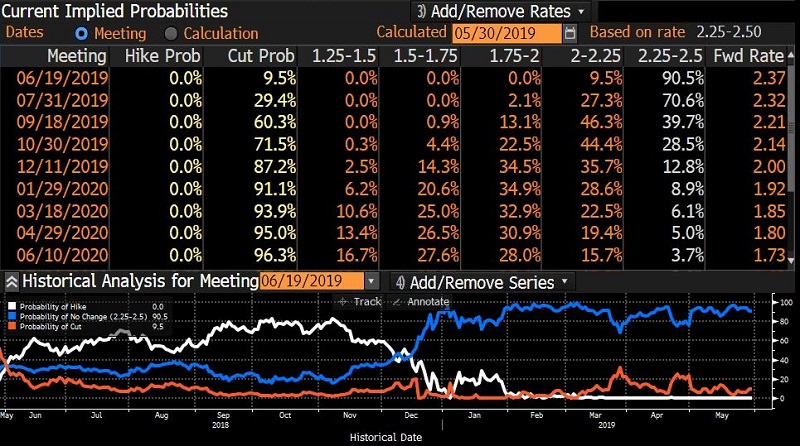 Treasury yields and swap rates fall despite strong economic data. The updated Q1 GDP report remained strong, showing the US economy growing at a 3.1% annualized rate despite headwinds from the government shutdown. That said, yields took a turn lower once Vice Chair Clarida publicly acknowledged the possibility of a rate cut later this year, and ultimately ended the day 4-5 basis points lower across the curve, the 10 year Treasury yield closing at 2.21%. 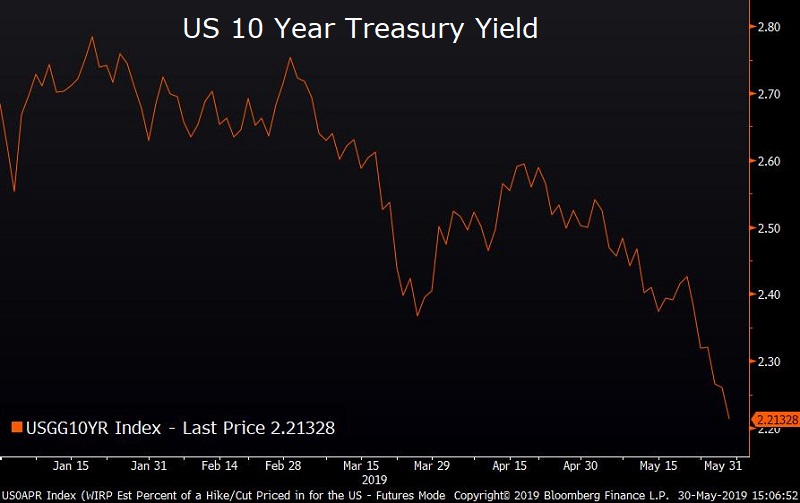 Tomorrow will bring latest inflation reading. The Fed’s preferred inflation gauge is expected to show a 1.6% annualized inflation rate. The Fed would like to see inflation running closer to 2%. if the figure comes in significantly below that level, the bond rally could continue to push rates lower. 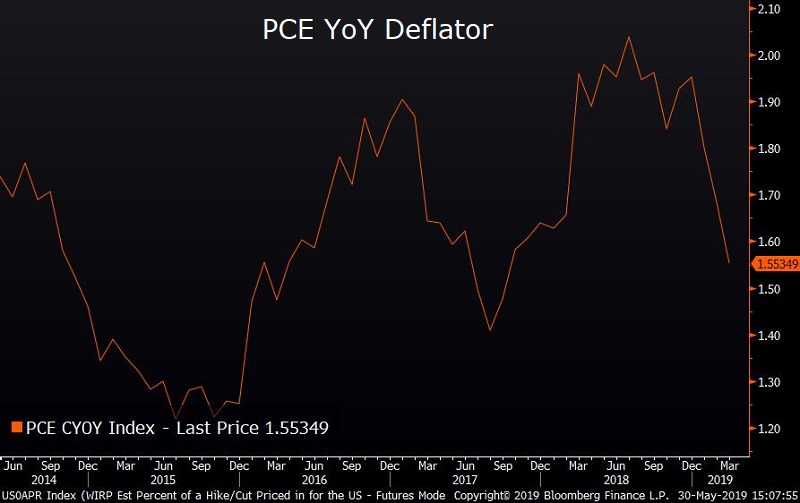 US equities rebound despite the move lower in rates. The S&P 500 closed 0.2% higher while the Dow Jones Industrial Average closed up 0.17%. The market closed on a positive note after another volatile session which saw equities dip as much as .30% earlier in the day. 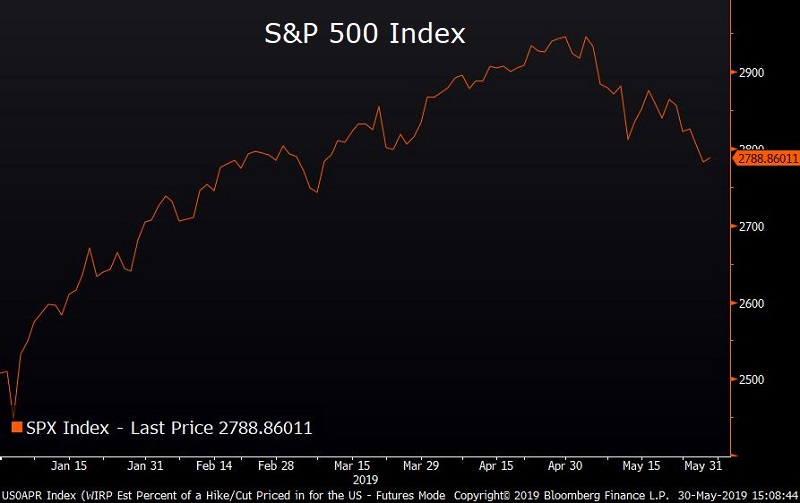