Bond rally loses steam as Treasurys give back early gains to close flat on the day. For most of the day investors piled into safe haven assets as concerns around the US-China trade conflict intensified. The move briefly pushed the yield on the ten year treasury to a 20-month low of 2.26%, but the bond rally evaporated in the last few minutes of trading as yields closed nearly flat on the day. Despite the late reversal, the spread between three month T bills and ten year Treasury notes has once again inverted to -13 basis points. A negative spread between 3 month and 10 year rates is an often-cited predictor of recession, though it tends to occur 12-18 months before an economic contraction. Fed Funds futures now imply an 84% likelihood of one or more rate cuts by year and a 43% likelihood of two cuts. 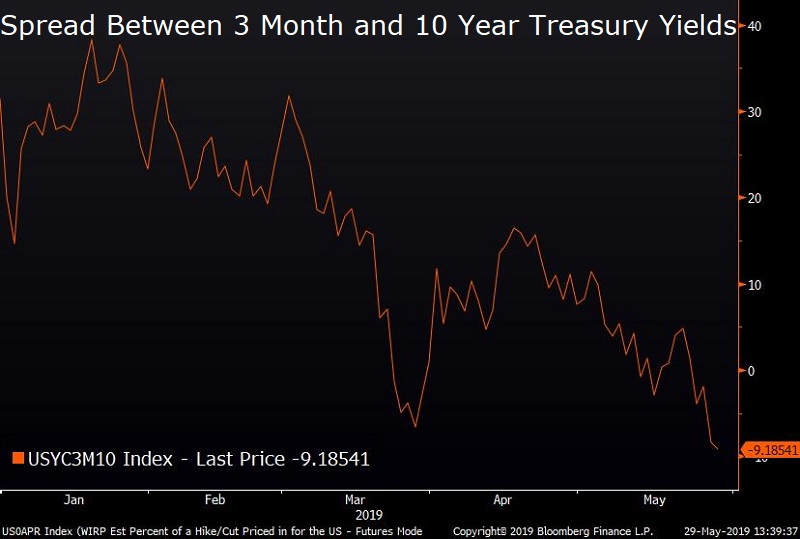 US equities fall for the second straight day on trade concerns. U.S. stocks retreated as hopes waned for an imminent trade deal between the US and China. This catalyst for the latest bout of pessimism was a report in China’s People’s Daily–the paper of the ruling Chinese Communist Party—saying that Beijing is contemplating a precious metals export ban. The S&P 500 and Dow Jones Industrial Average closed down 0.69% and 0.87% respectively but off the lows of the day. 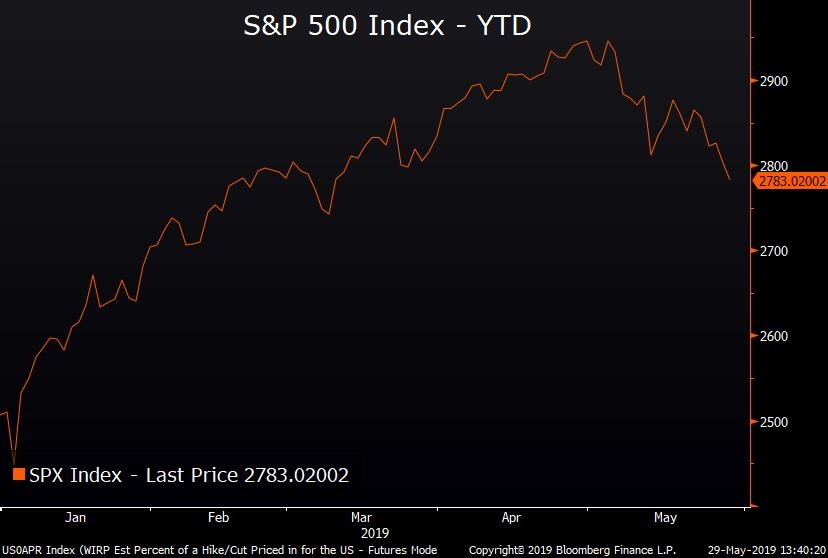 Commerce Department to release revised estimates of Q1 GDP tomorrow. The preliminary estimate of Q1 GDP showed the economy growing at a brisk 3.2% annual rate in the first three months of the year. Tomorrow’s figure will give markets the latest insight into the strength of the US economy amid the significant risk-off move on trade tensions and global growth concerns.