Rates fall across the curve, Fed Funds futures now price in 83% likelihood of rate cut by year-end. Treasurys continued to rally, pushing yields and rates down 5-7 basis points across the curve as investors fled to safe haven assets. The move lower in rates, which has been accompanied by above-average trading volume, ratchets up pressure on the Federal Reserve to cut rates later this year, even though Fed officials have resisted that notion publicly. 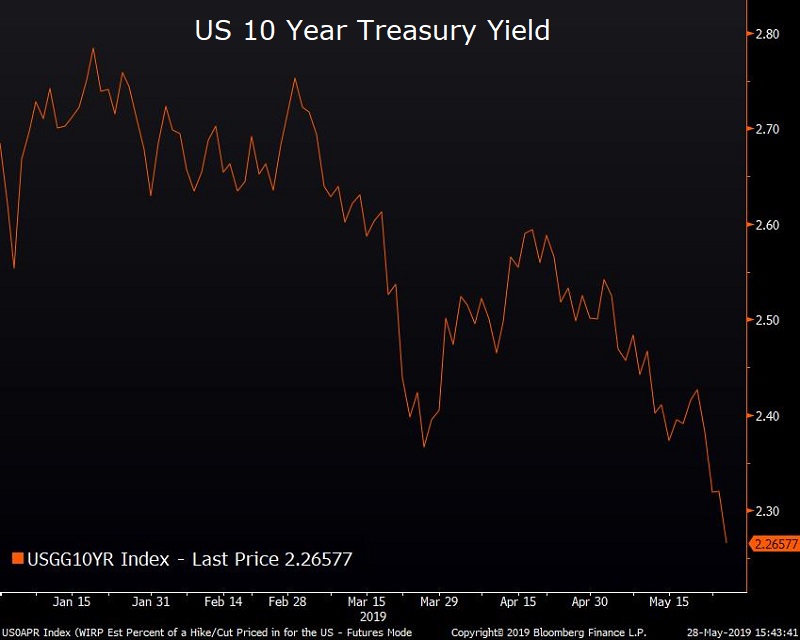 US equities open higher before plummeting in volatile session. US equities initially opened up nearly .50% before reversing course on continued trade concerns. The S&P 500 ended the day down 0.84% while the Dow Jones Industrial Average closed 0.93% lower. The VIX or “Fear Index” ticked slightly higher to 17.50 but still remained fairly rangebound despite the ongoing trade conflict. Elsewhere in the world, European equities moved marginally lower as investors expect a rightwing election victory in Italy to spur a budget showdown with the EU. 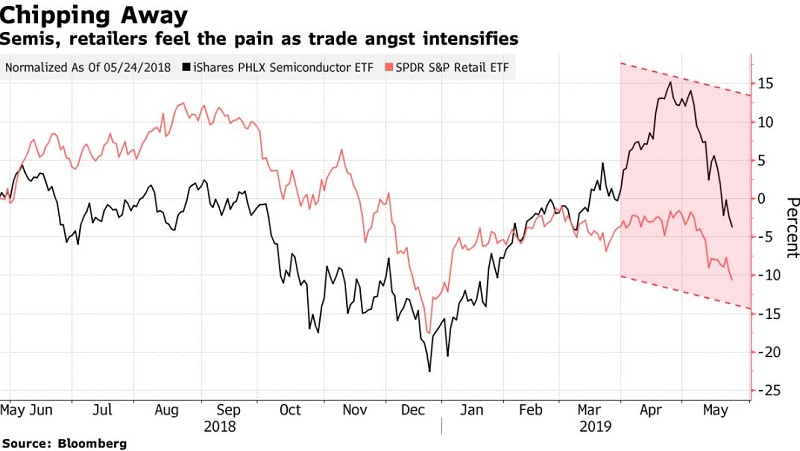 The week ahead. Looking ahead to the rest of the week, markets will be focused on the race to replace UK Prime Minister Theresa May. A “no deal” Brexit remains a possibility, particularly if a Eurosceptic like Boris Johnson is the next prime minister. Meanwhile, markets will continue to keep a close eye on any developments in the US-China trade conflict, though President Trump has downplayed any chance of an agreement in the near-term. Finally, markets will get the latest GDP figure on Thursday and the latest Personal Income data on Friday. The PCE deflator, the Fed’s preferred gauge of inflation, will be a key piece of data for those forecasting a rate cut by the end of the year.