Improving inflation figures drowned out by the latest batch of negative trade news. Stronger than expected PCE data went entirely ignored by a market solely focused on worsening trade developments. Notably, President Trump’s tweets that he would impose tariffs on Mexico in order to force better border security was met by panic in markets already unstable from the ongoing trade showdown with China. Treasurys immediately rallied and prices continued to rise throughout the day- pushing yields down 9-13 bps across the curve. Remarkably, Fed Funds futures now imply a 95% likelihood of a rate cut by year end, and a 71% likelihood of two rate cuts- all without any serious public acknowledgement of a rate cut from the Fed. 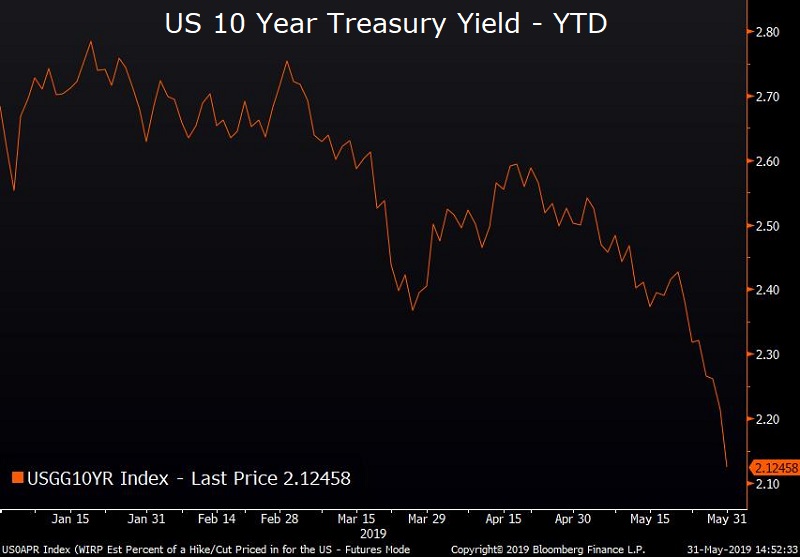 US equities close out worst month of the year on a low note. President Trump’s tweets were the latest in a series of negative trade headlines, pushing the S&P 500 and Dow Jones Industrial Average lower by 1.32% and 1.41% respectively. Stocks overseas were affected as well by recent trade tensions, the MSCI All Country World Index fell 6.1% in May. The VIX or “Fear Index” rose but remained contained- sitting at 18.71. 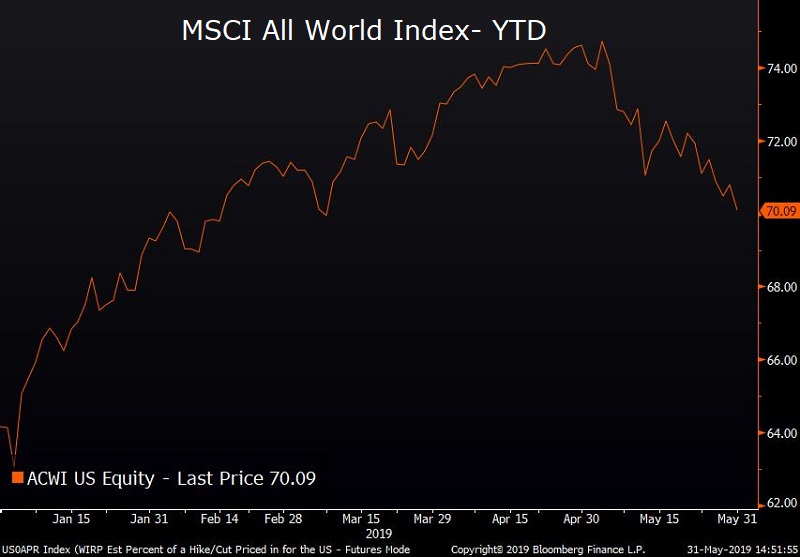 Potential Fed nominee slams Federal Reserve for powers over interest rates, describes practices as Soviet. In yet another example of remarkable change the central bank will undergo under President Trump’s tenure, potential nominee Julie Shelton attacked the Fed for its power to change interest rates in the face of economic conditions. Shelton also favors a return to the gold standard (indexing the value of the dollar to gold), and a continued runoff in the Fed balance sheet to make the central bank “less of an entity.”