US stocks mostly higher despite geopolitical tensions and stimulus bill consternation.  US-China tensions weighed on markets yesterday after the US ordered China’s Houston consulate to stop operations for the time-being. Protection of intellectual property was cited as the driver behind the decision, but Chinese media labeled the move an “anti-China strategy” ahead of the upcoming presidential election. In Washington, negotiations over a new stimulus bill continue to be a concern, especially with Congress’ August recess on the horizon. However major US equity indices remained resilient, the S&P 500 rose 0.58% to a five-month high, DJIA closed up 0.62%, and Nasdaq added 0.24%.  Treasury yields and swap rates continued to trade in a tight range, the 10-year UST yield held near 0.60%. 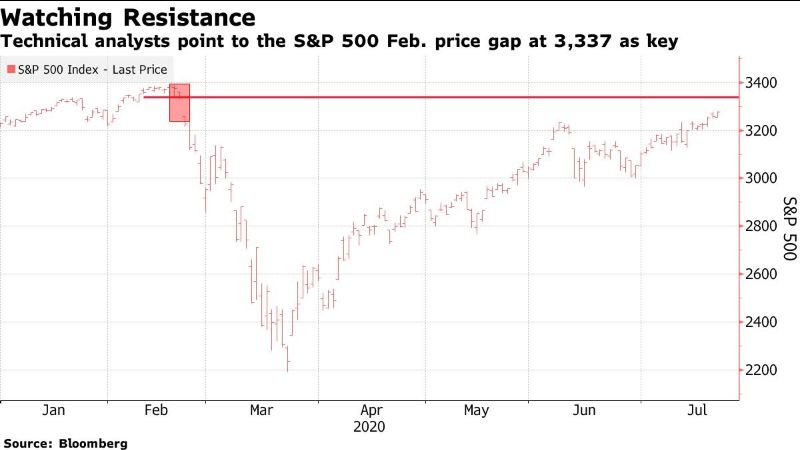 Existing home sales rise 21% in June.  Posting the largest monthly gain since 1968, the National Association of Realtors reported sales of existing homes jumped 21% last month. Lawrence Yun, chief economist for the Realtors, saw less sales in urban areas than he expected, adding, “We are clearly seeing trends for smaller towns or suburbs” – a nod to the pandemic effect. In general, economists believe the total number could have been even higher if there had been more homes on the market.  The supply of existing homes has fallen 18.2% annually, with only 1.57 million homes for sale.  Despite last month’s improvement, overall sales of existing homes are still down 11.3% annually. 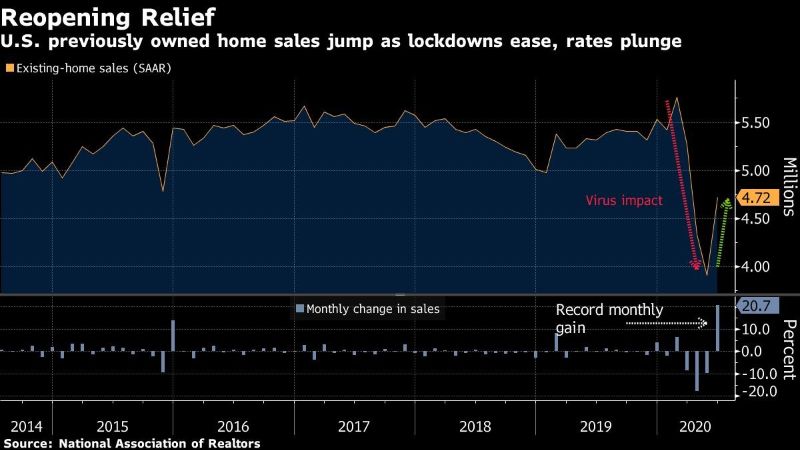 Democrats and Republicans continue to discuss stimulus bill.  Congress hoped to have a working draft done by the end of Wednesday, but the size and scope of the federal spending and priorities for the parties left a lot of uncertainties up in the air.  The centerpiece for many Republicans remains McConnell’s liability shield and tax reforms to help businesses.  His plan also includes another round of direct stimulus payments to individuals.  Democrats continue to push forward proposals for additional virus testing, housing aid, and funding state budgets.  There are also reports that Congress is considering extending emergency unemployment, adjusting it down from $600 a week to $400 per month.  The pressure for a bill is mounting as unemployment benefits are on the brink of expiring in addition to the pandemic death toll hitting 142,000.  Senator Mitt Romney described the US handling of the virus as a bad example for the global economy when commenting on Congressional efforts, adding, “We’re still struggling.”