Stocks end winning streak following rise in weekly jobless claims.  After trending downward for nearly four months straight, the Labor Department reported 1.416 million Americans filed for the week ending July 18th.  With the number plateauing at 1.3 million the week before, economists fear the US recovery will be further delayed.  Equities halted their four-day rise — the S&P 500 and DJIA falling 1.2% and 1.3%, respectively, while the tech-heavy Nasdaq plummeted 2.3%.  Treasury yields and swap rates ended mixed across a flattening curve.  The 10-year closed flat at 0.57%. 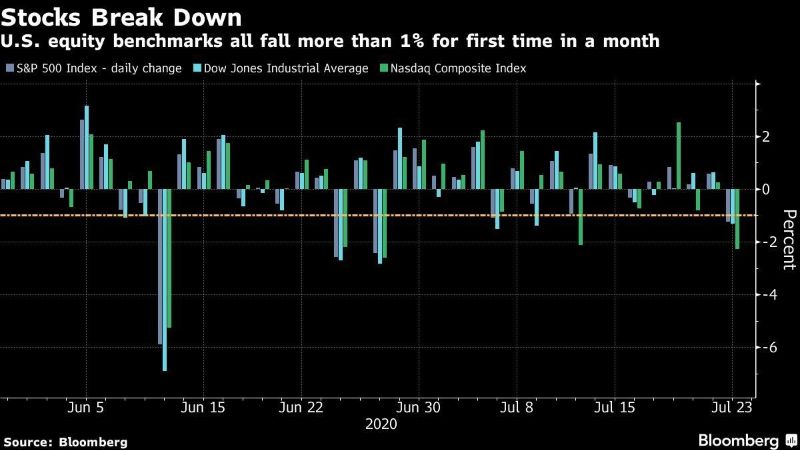 Congress continues to make progress on a a stimulus package.  Estimated to total $1 trillion, the virus relief package continues to be delayed despite GOP senators and the Trump administration reaching an agreement.  Their plan, which was scheduled to be released on Thursday, will most likely be pushed to Monday after Democrats and Republicans continue to disagree on whether to extend the $600-a-week unemployment benefits program.  The program is scheduled to expire on July 31st, putting pressure on senators to reach a deal as soon as possible.  On the positive side for progress, the heavily debated payroll tax cut was struck from the proposal. President Trump decided to drop the issue, commenting, “So you still need Democrat votes.  I would like to see it but if we’re not going to get their votes, I guess we have to go on to the next thing.” 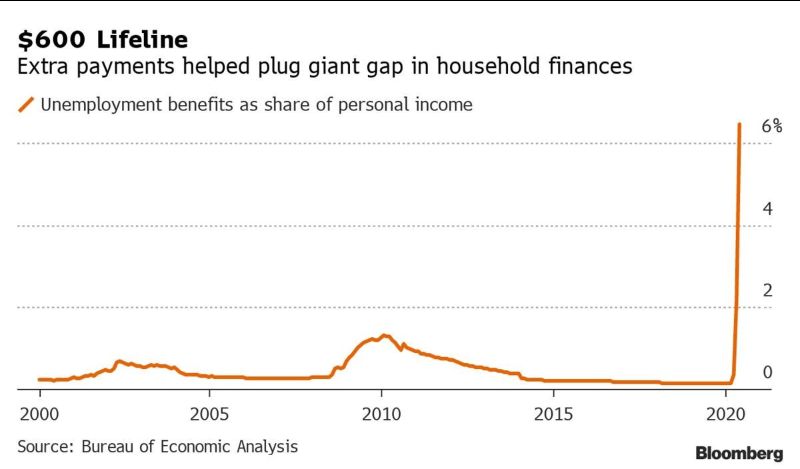 FX Friday.  The USD dollar took a significant hit during Thursday’s trading session, sinking to a near 2-year low against major currencies. The decline has continued this morning as financial markets seem to be pricing in the US economy’s ability to recover (or lack thereof) versus its peers, amid reports of over 4 million cases of coronavirus and an acceleration of cases being reported faster than anywhere else in the world. Also weighing on the currency is the ongoing trade tensions with China, which escalated again today as Beijing directed the closure of the US Consulate in Chengdu. 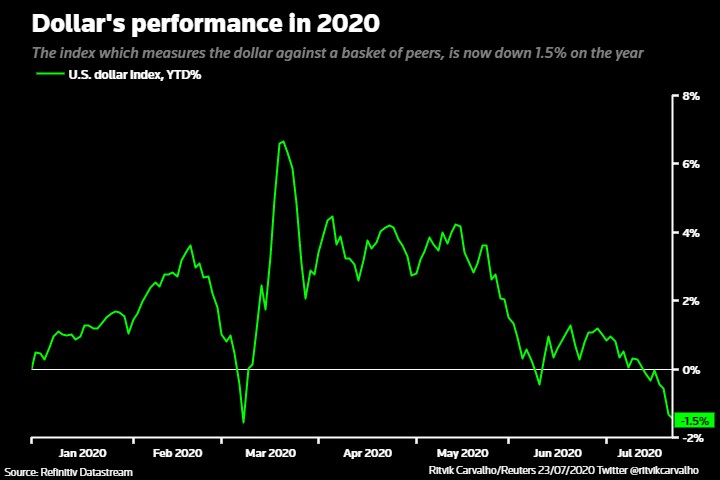