Stocks continue to ignore weak economic data, civil unrest, geopolitical tensions. There’s no shortage of news/data pointing towards the struggling of the US economy and its outlook, however major stock indices remain resilient in their rise, touching thee-month highs this morning. Yesterday we received ISM and PMI manufacturing data for May, both which reflected another monthly slowdown in factory activity, albeit slightly better than April’s 11-year lows. The projected impact of COVID-19 on the US economy remains wildly bleak, with the Congressional Budget Office estimating that a full recovery could last up to 10 years, ultimately reducing real GDP by 3%. Adding to concerns was another day of protests and riots across the country, the latter being categorized as “acts of domestic terror” by President Trump as he warned governors they were being too “weak” in their efforts to curb violent protests. Internationally, tensions with China continue to escalate – the Chinese government yesterday asking state firms to halt the buying of major blocks of US farm products (pork, soybeans). 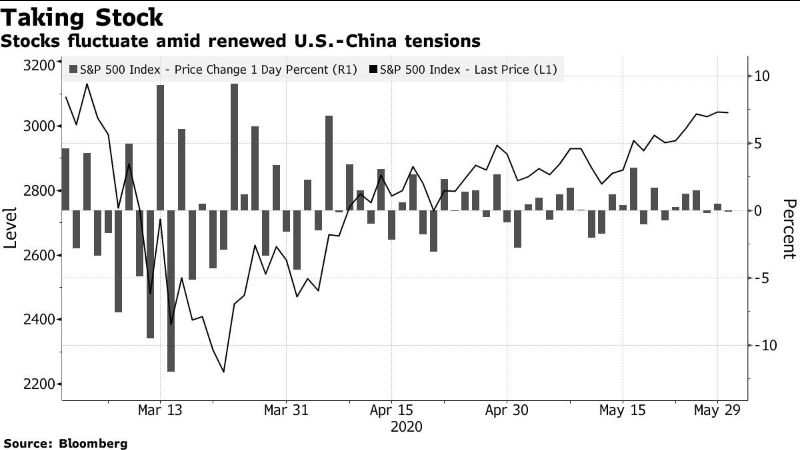 OPEC+ plans for further production cuts. OPEC+ is reportedly nearing a deal that would extend crude production cuts to September as oversupply continues. The original deal cut overall production by 9.7 million barrels/day. This new deal is expected to relax cuts to only 8 million/day, though Saudi leaders are said to be pushing for the cuts to remain at the original level. The organization has scheduled a meeting for next week to discuss coordinated efforts, the success of which will be largely dependent on Russia’s participation. Crude prices rose to their highest levels since March this morning – WTI near $36/barrel and Brent over $39/barrel. 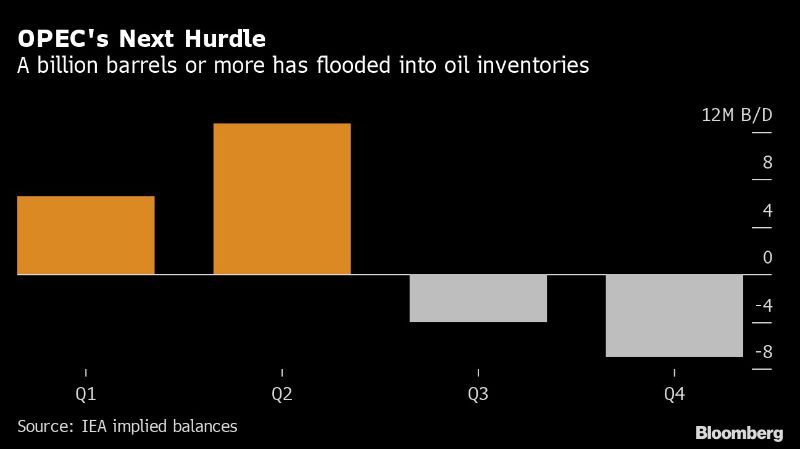 Day ahead.  Today is light on new economic data.  Motor vehicle sales for May released later this morning are expected to improve by almost 2 million from April’s record lows.  Later this week, economists will be paying close attention to April international trade figures and the May jobs report.  Employment indicators have shown improvement from April’s lows, but the May employment situation is still forecasted to show continued job losses comparable to World War II highs.  Multiple US states will hold congressional elections.