Equities dip amid rising US-China tensions, mass protests. US equities are opening lower this morning on the news that China will halt purchases of certain US agricultural goods. The suspension is the latest in a series of escalations between the world’s two largest economies, and comes days after President Trump moved to eliminate Hong Kong’s special trading status. The quick rebound in economic activity priced into risk assets also seems to be somewhat in question, the WSJ reporting that most COVID-19 forecasts don’t expect daily confirmed cases to fall below 1,000 until the end of July (40 days later than originally expected). Despite that backdrop, US equities are only modestly lower to start the day while Treasury yields and swap rates are higher across a steepening curve- the 10-year yield climbing 2 basis points to 0.68%. 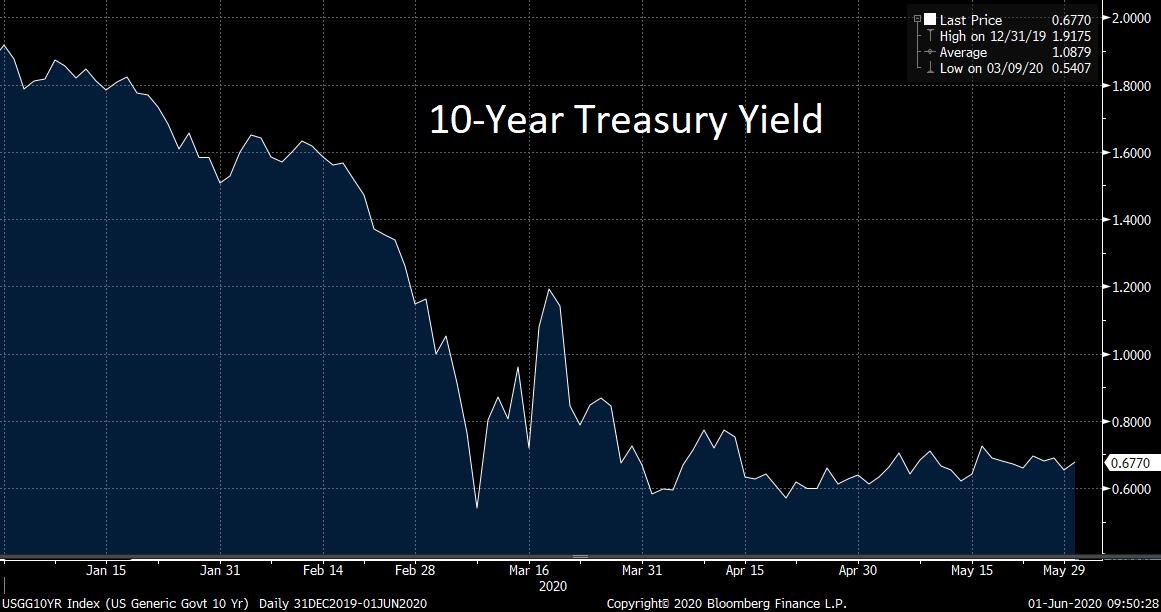 Main Street Lending Facility set to begin operations soon. The facility was announced weeks ago as the coronavirus pandemic began affecting business activity in the US. The facility will cater to small and medium sized businesses with up to 15,000 employees with loans that are expected to range from $500,000 to $100 million. During his interview on Friday, Federal Reserve Chairman Jerome Powell said they are “days away” from their first loans. Despite the criticism the Fed has faced for pushing back the facility’s commencement, Powell’s concerns are focused on a second wave of infections, as he believes they “would really undermine public confidence and might make for a significantly longer recovery and weaker recovery.” As of now, he, along with other Fed leaders, estimates that the US is close to bottoming out. 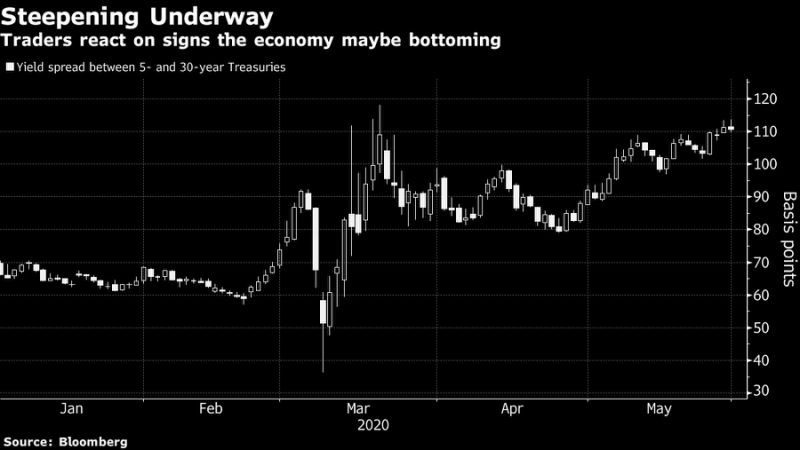 Day ahead. Manufacturing PMI and the ISM manufacturing index for May will be published later this morning. These figures are expected to continue their decline from April but at a slower pace. Construction spending for April will also be released this morning, with economists forecasting a record drop from March’s 0.9%